Abba Kyari, a top officer in the Nigerian police who was suspended after a US court reportedly charged him for his part in a US$1.1 million scam, is back at work. That’s according to a rumour circulating on Facebook since late October 2021.

Several posts spreading the rumour include a photo of men carrying Kyari on their shoulders in some kind of celebration.

Before his suspension, Kyari was a deputy commissioner of police (DCP) and member of the inspector-general’s (IG) intelligence response team at the Nigerian police headquarters in Abuja, the country’s capital.

The murky backstory to his suspension includes reports that the FBI, the US Federal Bureau of Investigation, alleged he had made an arrest at the request of Instagram influencer and so-called “popular fraudster” Ramon Abbas, known as HushPuppi.

Abbas has pleaded guilty to money laundering, fraud and other offences in a US federal court, after being arrested in the United Arab Emirates city of Dubai and extradited to the US.

Kyari denied allegations against him in a now-deleted social media post. But has he been reinstated? 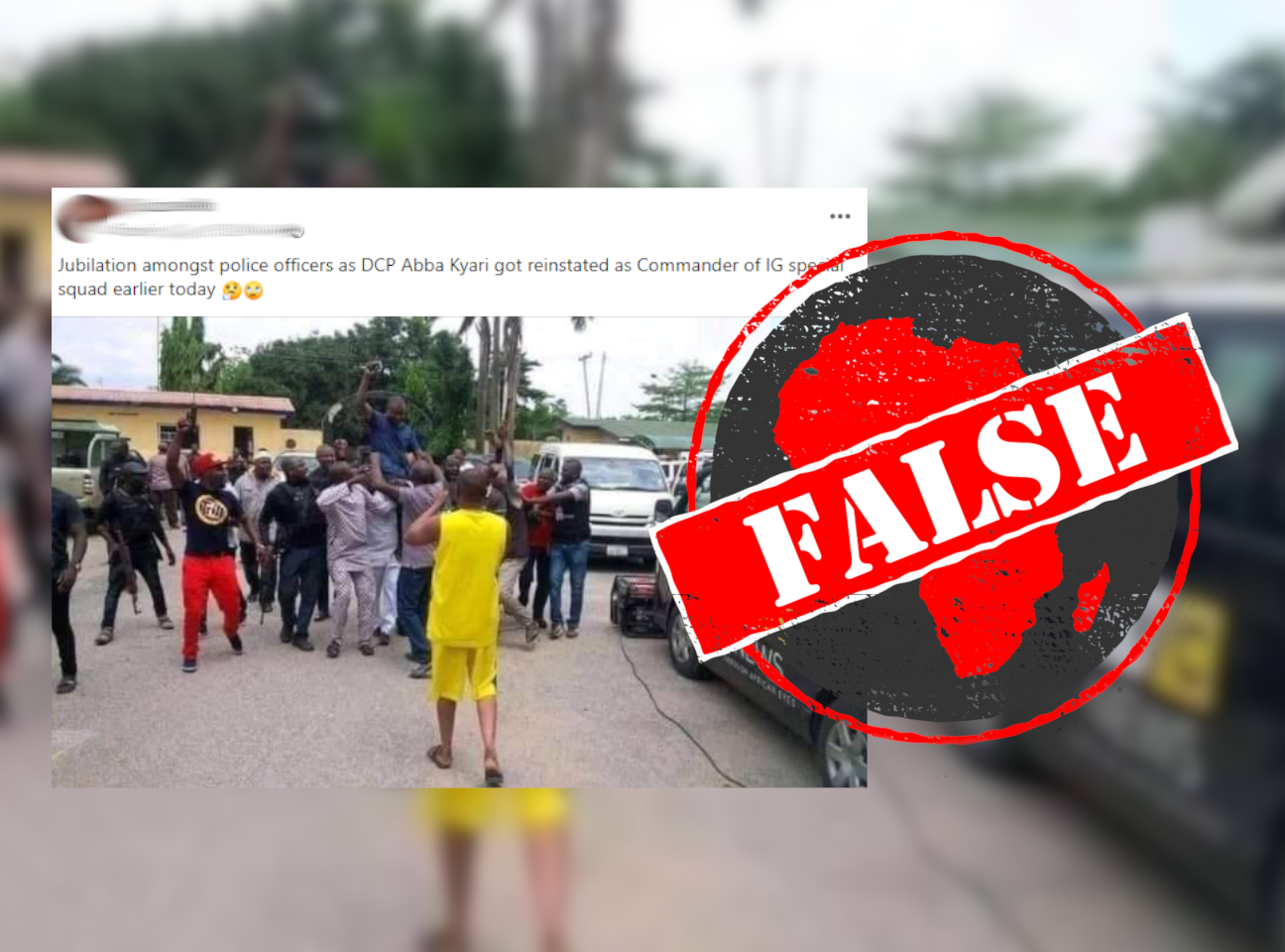 A reverse image search reveals that the photo in the Facebook posts is more than four years old. It appears in a June 2017 report on Kyari’s role in arresting an alleged kidnapping kingpin.

The article says the cop was “hailed and praised by his colleagues who carried him up to jubilation after the big catch”.

And the rumour of Kyari’s reinstatement has been denied by police spokesperson Frank Mba. He added that the IG of police could not reinstate the cop without the Nigerian Police Service Commission’s approval.