The posts include screenshots of article headlines making the same claim. One of the headlines reads: “Massacre: Nearly Half of Pregnant Women in Pfizer trial Miscarried”. Its description on Instagram adds: “THIS IS CRIMINAL!!!!!!”

Did 44% of pregnant women in a Covid Pfizer vaccine trial really have miscarriages? We looked into it. 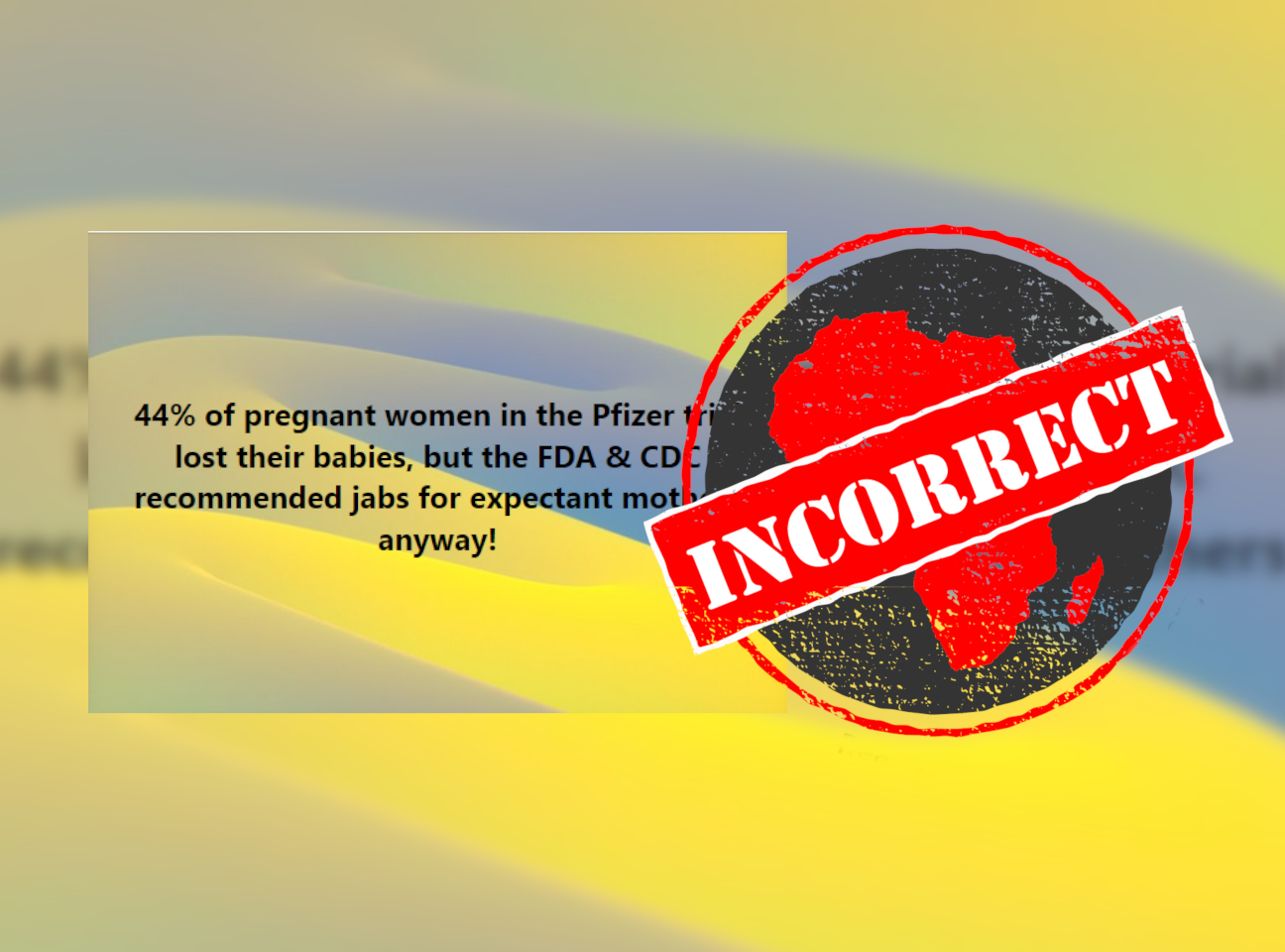 Figure based on a calculation error

The claim originally comes from an August 2022 post on the Daily Clout blog by Naomi Wolf. She’s an author who has been banned from Twitter for spreading false information about Covid.

The blog post claimed that a document released by the United States Food and Drug Administration showed “chilling data” revealing that 44% of pregnant women in Pfizer’s trial had miscarriages. Calculating from the document, the post said that “22 of the 50 women” – or 44% – who were pregnant in the study lost their pregnancy.

Miscarriage is defined as loss of pregnancy before the 20th week. In the general population, around 10% to 20% of pregnancies result in miscarriage. This is likely to be an underestimate, as many people are likely to have miscarriages before they know they are pregnant.

If 44% of pregnancies in the trial had really been lost, this would indicate a much higher rate of miscarriage than would normally be expected.

But this is not what happened in the trial. Dr Jeffrey Morris, a statistician at the University of Pennsylvania medical school in the US, told AP News that the blog post’s calculations contained “numerous mistakes”.

One of these was that the number of pregnancy losses was incorrectly calculated. It claimed that 22 miscarriages had been reported in the Pfizer document. But, as Morris explained, around half of the events were incorrectly counted twice, and the actual number was more like 13.

A correction was later added to the blog post. “Two analysts have reviewed this Pfizer document and reached different totals and percentages than did the author of this report,” it read.

But the calculation was also incorrect about the total number of pregnant participants in the study.

Morris pointed out that based on the available data, there had to have been more than 50 pregnant participants in the trial, though the exact total number is not known from the data. Because we do not know how much higher the number is, there is no way to make the calculation of the actual miscarriage rate.

A substantial amount of research has looked for any potential link between Covid vaccines and pregnancy loss. Studies (like here and here) have consistently found no link between the vaccine and miscarriage.

The blog post that originally spawned the false statistic was corrected, then removed from the site.

All available evidence shows that the vaccines are safe during pregnancy.