No, ‘after’ photo not of Zambian woman recovered from lung cancer

One of the photos shows a very thin young woman seated in a hospital bed, while the other shows a healthier-looking woman in a black top and sunglasses.

It was reported in February 2021 that Zambian president Edgar Lungu would pay then 22-year-old Musonda’s medical bills, after she had asked for help on social media.

The caption to the photos published 29 June reads: “Chama Musonda is getting better and responding very well to cancer treatment.”

The photos were posted on a Facebook page with nearly 80,000 followers. Data from CrowdTangle, Facebook’s public insights tool, shows that the post has been shared in multiple public groups, prompting thousands of reactions and interactions.

But do these photos really illustrate Musonda’s recovery? 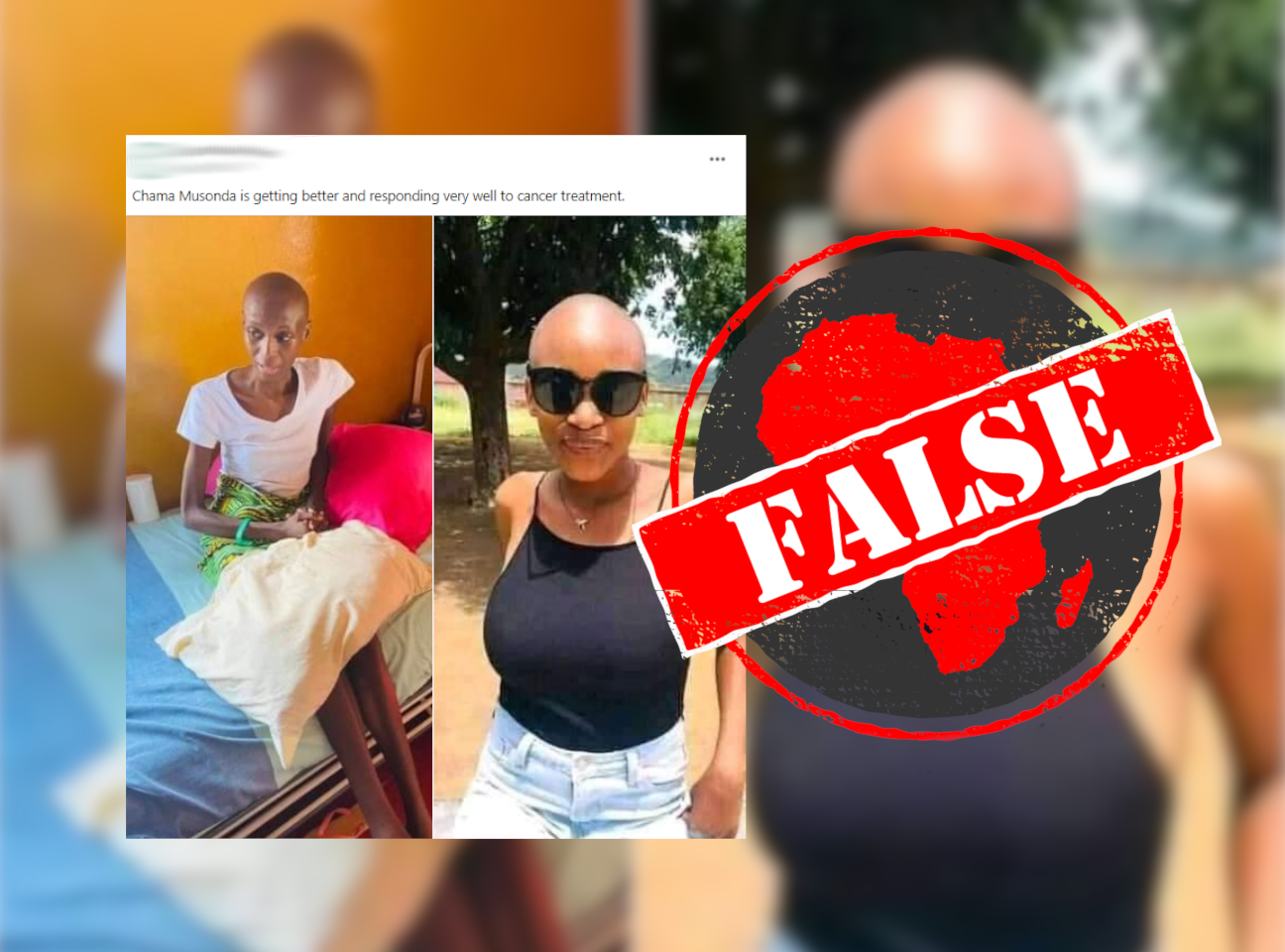 While the first photo is similar to other publicly available photos of Musonda, a Google reverse image search of the second photo traced it back to a Facebook user living in South Africa.

The user uploaded this photo to her Facebook account on 24 January 2021 and updated it as her profile picture on 6 June.

On 18 July, Lungu announced that Musonda had died. The two photos do not show the same woman.