“Peter obi to withdraw from president Race Reasons,” is the title of a video posted on Facebook in August 2022.

Obi is the presidential candidate for the Labour Party, one of four main contenders in the 2023 Nigerian general elections, and the former governor of Anambra state in the southeast of the country.

The 14-minute video had been watched more than 360,000 times at time of writing.

The video begins with an unidentified man saying that news about Obi’s withdrawal from the 2023 general elections is “trending”. Photos of Obi and his vice presidential candidate, Datti Baba-Ahmed, are shown at the bottom of the screen.

At some point in the video, the man encourages people to continue watching the video, insinuating that the claim about Obi is true.

But did Obi really announce he was withdrawing from the 2023 general elections? 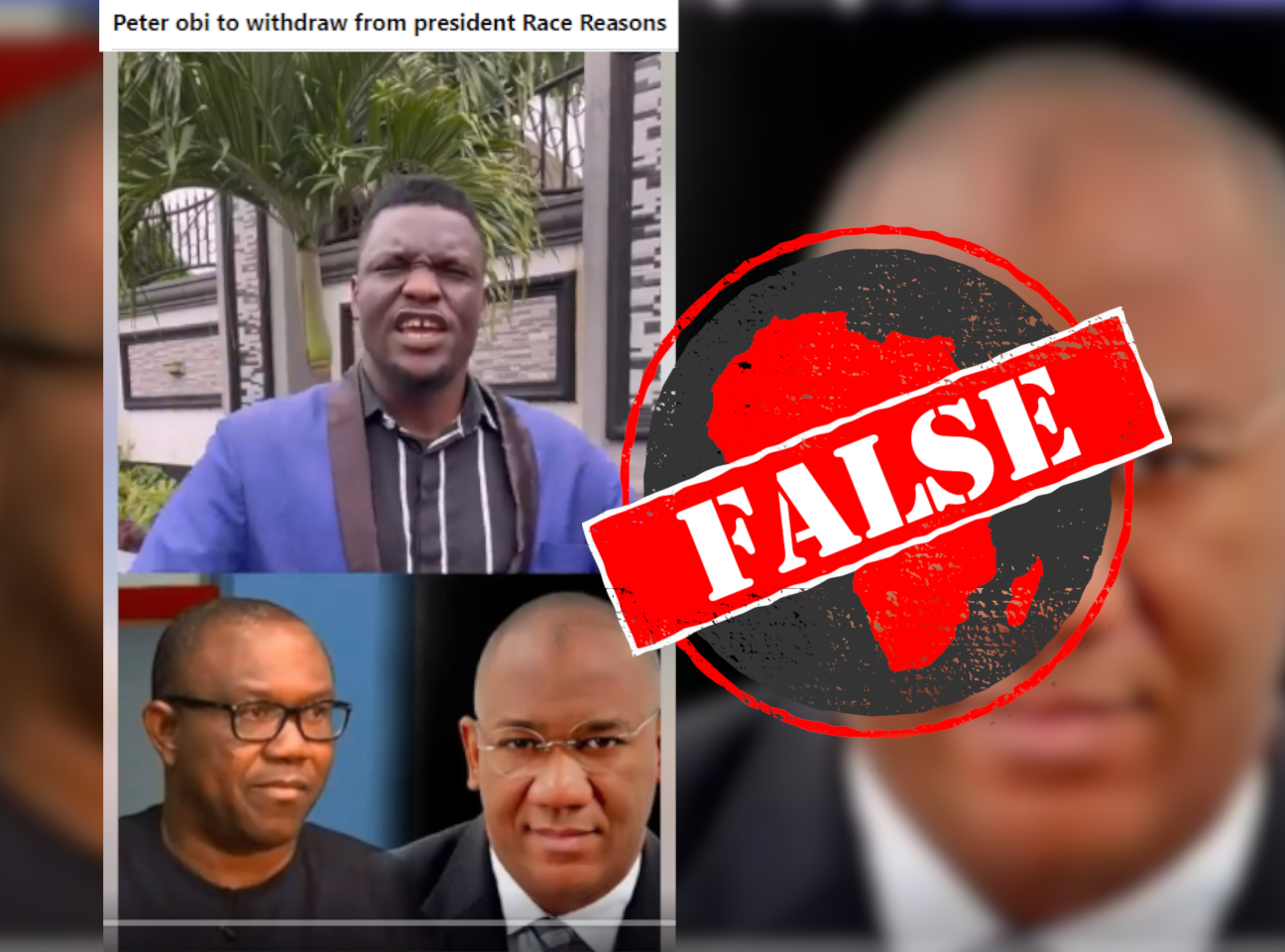 About nine minutes of the video is an excerpt from an interview Channels TV’s News Central did with Obi on 12 August 2022.

In the interview, Obi discussed his ambition to become Nigeria’s president in February 2023.

Obi did not announce withdrawing from the presidential race. And given Obi’s prominent position, this would have made national headlines. The media has not reported on this.

Obi remains the presidential candidate of the Labour Party.