No, BBC didn’t report that opposition leader Wine will be sworn in as Uganda’s president, instead of Museveni

“BBC BREAKING NEWS,” reads text on what seems to be a screenshot of a TV news broadcast, posted on Facebook on 27 April 2021. “UGANDA’S BOBI WINE SET TO SWEAR IN NOT MUSEVENI.”

Opposition leader Robert Kyagulanyi, popularly known as Bobi Wine, ran against incumbent Yoweri Museveni in Uganda’s January presidential election. Museveni won, and is set to be sworn in on 12 May.

The screenshot has been shared more than 140 times, attracting about 1,800 likes. It shows a news anchor with an inset photo of Kyagulanyi and his supporters. The inset is similar to photos taken on 26 January when Kyagulanyi spoke to the media.

“Soon the Elect president of uganda 🇺🇬will be swearing in Bobi Wine By #BBc #WeAreRemovingADictator,” the screenshot’s caption reads.

Both screenshot and caption appear to attribute the news to the BBC, the British broadcaster.

Ugandans went to the polls on 14 January to elect their president, members of parliament and other local leaders. The country’s electoral commission declared Museveni the winner of the presidential election, with 58% of the vote.

Kyagulanyi challenged the results in court but later withdrew, citing judicial bias. He instead called for peaceful protests against Museveni’s regime.

But with the inauguration coming up on 12 May, did the BBC report that Kyagulanyi will in fact be sworn in, and not Museveni? We checked. 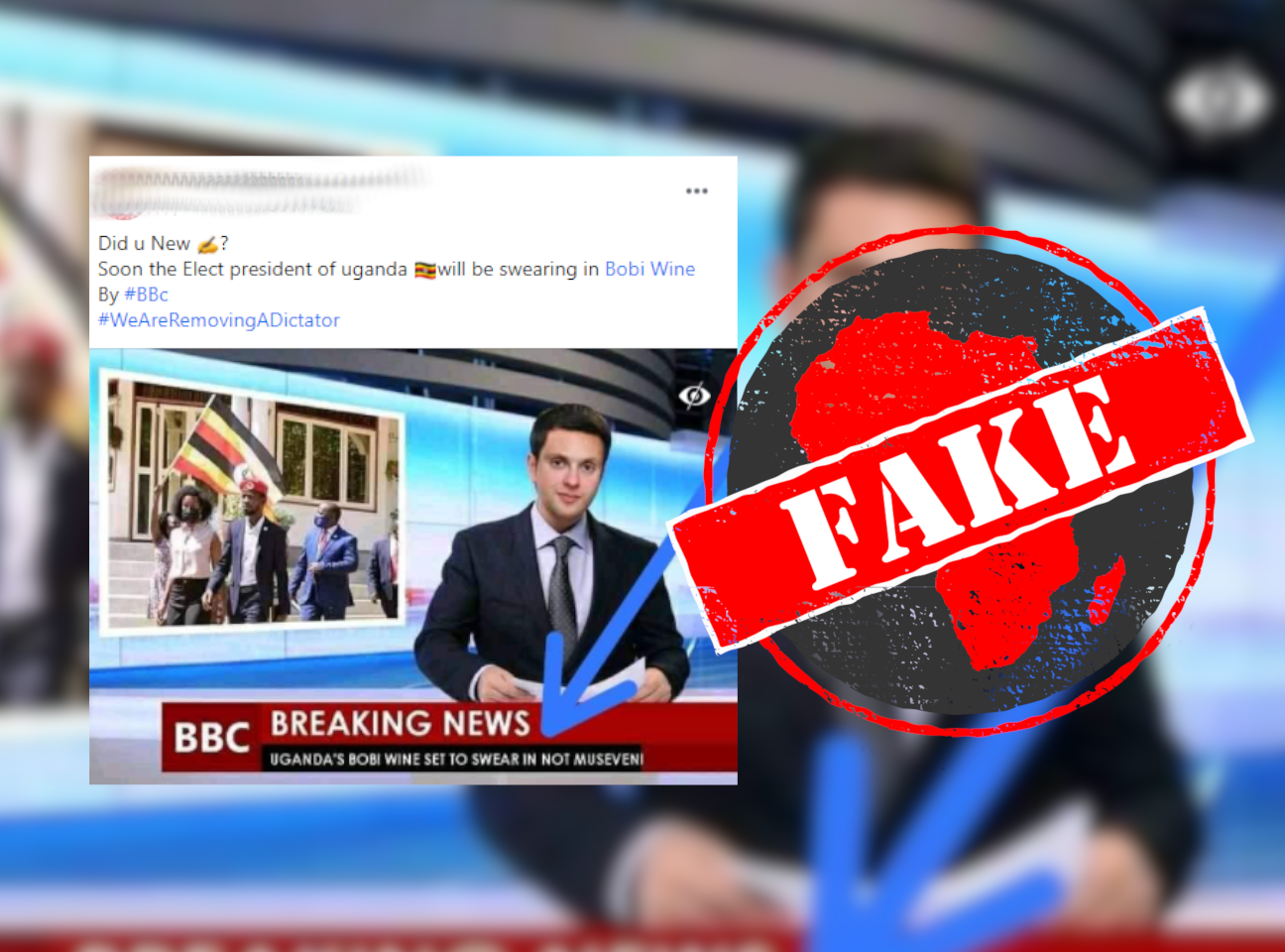 A Google reverse image search reveals that the image is based on a meme that has been used several times. It’s not a real screenshot of a BBC broadcast – it’s a fake.

The “BBC” text is not the broadcaster’s official logo.

The most recent news reports from Uganda confirm that Museveni will still be sworn in on 12 May.