“DP Ruto promises Murang’a youth eternal life,” reads text on what seems to be a screenshot of a Facebook post by Kenya’s Citizen TV, itself circulating on Facebook since 15 November 2021.

Murang’a is the name of a town and a county in central Kenya, northeast of Nairobi. William Ruto, the country’s deputy president, has recently held several campaign rallies in the county. The most recent rally was on 21 November.

Kenya is set to hold elections in August 2022. Ruto is said to lead the presidential race.

Citizen TV is Kenya’s largest TV channel. The screenshot includes Facebook’s blue tick verification badge. But did the channel really post a report that Ruto had made this outrageous statement? 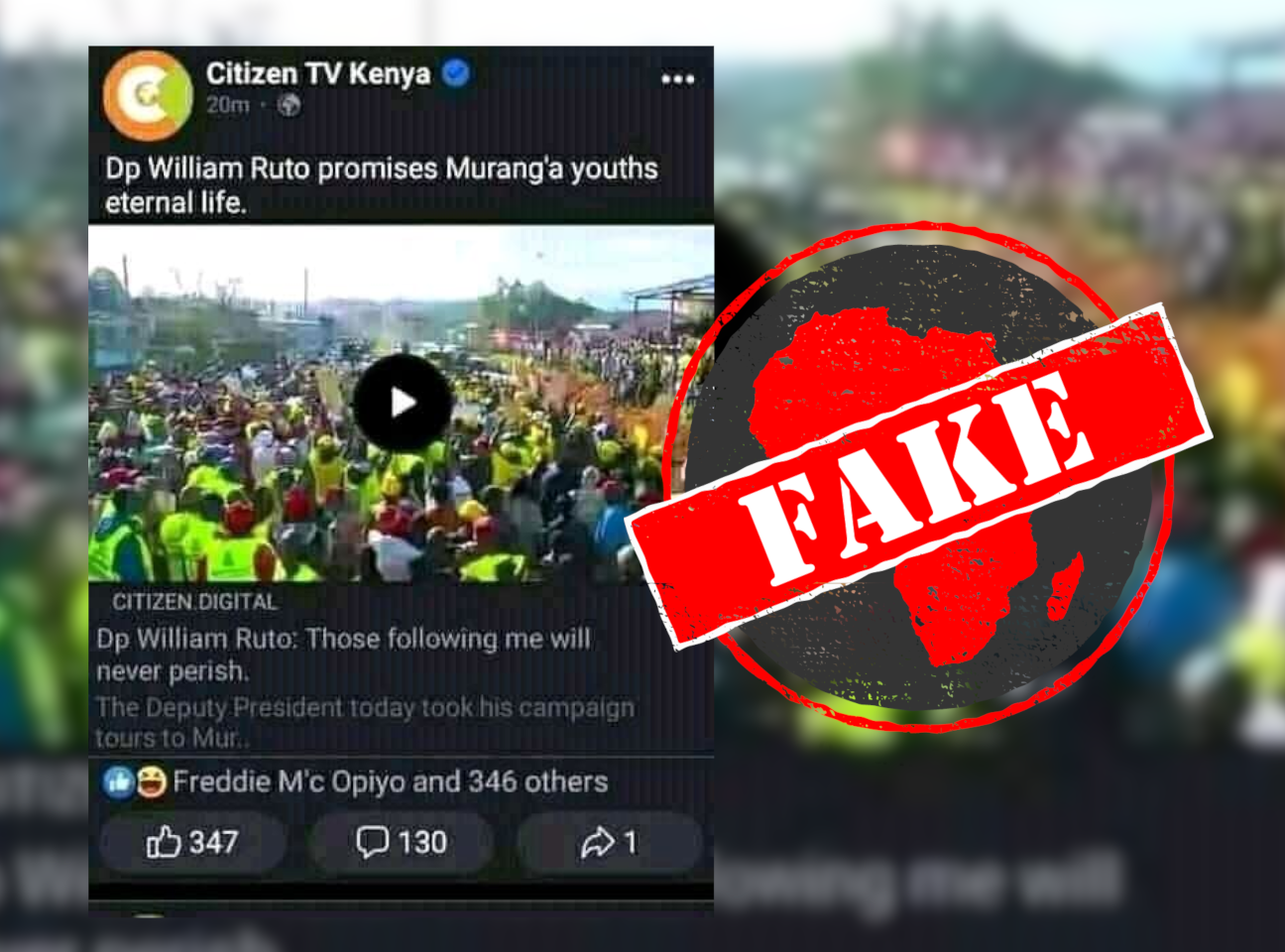 There is no publication date on the screenshot, as would typically be seen on Facebook posts. And it says nothing about when or where Ruto was supposed to have said this. This lack of context is often a sign of disinformation.

Man who sued Kenya’s deputy president murdered? No evidence and claim not published by Citizen TV