“World Bank staffer dismissed,” reads the headline on what seems to be a screenshot of a breaking news story on the CNN website, circulating on Facebook in Kenya since January 2022.

Kamanga is standing for election as governor of Kenya’s Nyeri county in the 9 August general elections. He has worked as a consultant for both the World Bank and the United Nations Development Programme.

But did CNN really report that he had been dismissed from both organisations for allegations of money laundering and gross misconduct? 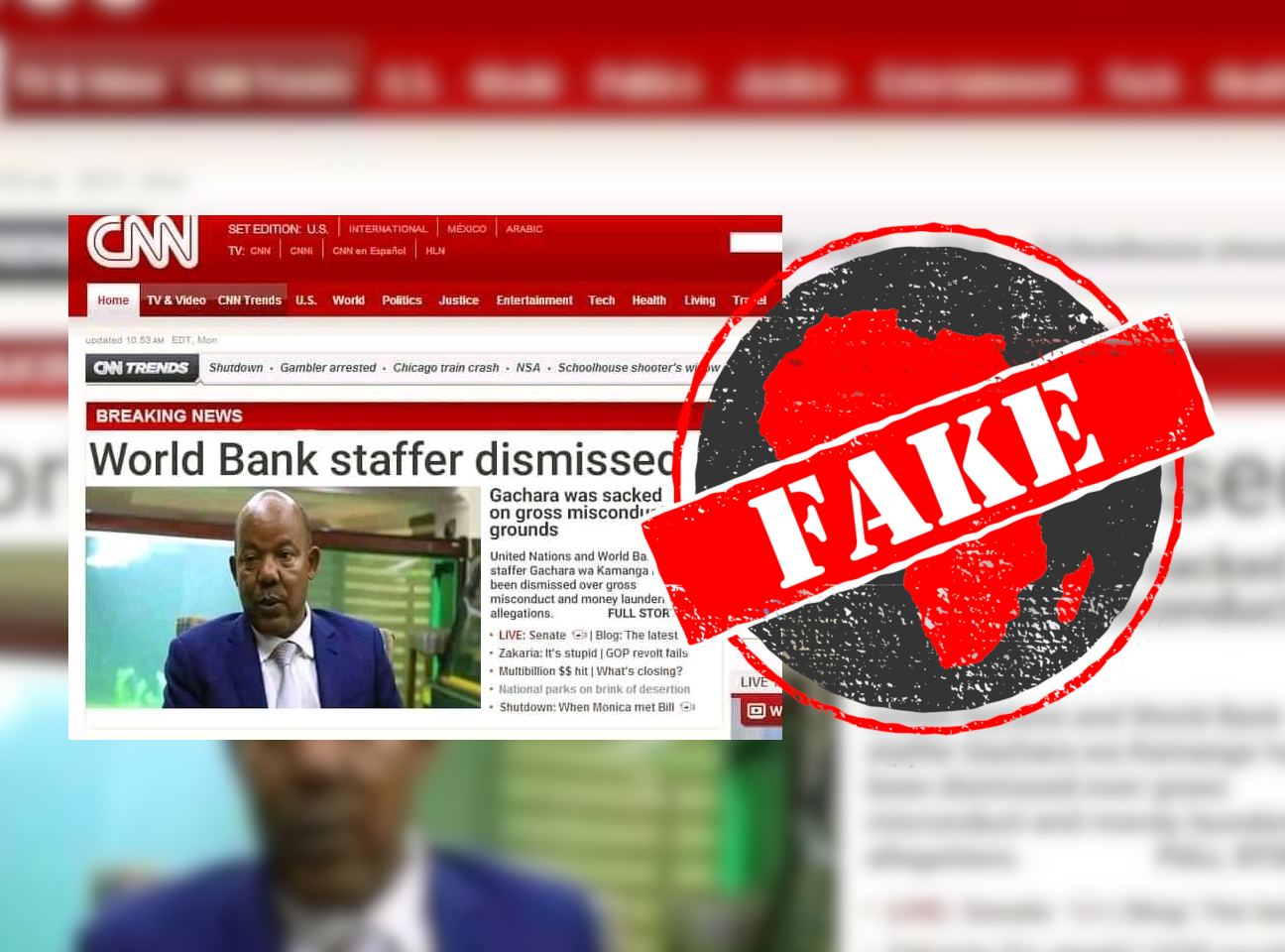 A Google search for the report’s headline, restricted to the CNN website, returns no results. Nor does a query using the site’s own search function. And no other credible media outlet has reported Kamanga’s dismissal.

More than this, the fonts and design in the screenshot are different to those used by CNN.

A TinEye reverse image search reveals the basic format of the screenshot has been used before to make other false claims.

‘Our competitors have panicked!’

On 10 January, Gachara’s official Facebook campaign page posted the screenshot with a warning that it was fake.

“Ignore this fake news. Ask them to provide a link to the story. Our competitors have panicked!” the post reads.