Brianna Keilar, an anchor at the US cable news network CNN, has named her son after Nigerian presidential candidate Peter Obi. That’s the claim in a message doing the rounds on Facebook in August 2022.

“According to her, never has such a great man emerged from African politics, and since she has seen one ‘peter Obi’ her son needs to bear the name.”

One version of the message has been viewed almost 79,000 times in 24 hours.

Obi is running for president on the Labour Party ticket in Nigeria’s upcoming presidential election, slated for 25 February 2023.

The message can also be seen here, here and here.

Keilar is an anchor on New Day, CNN’s morning show. She also authors the column Home Front, which seeks to bridge the divide between the military and civilians.

But did she really name her son Peter Obi? 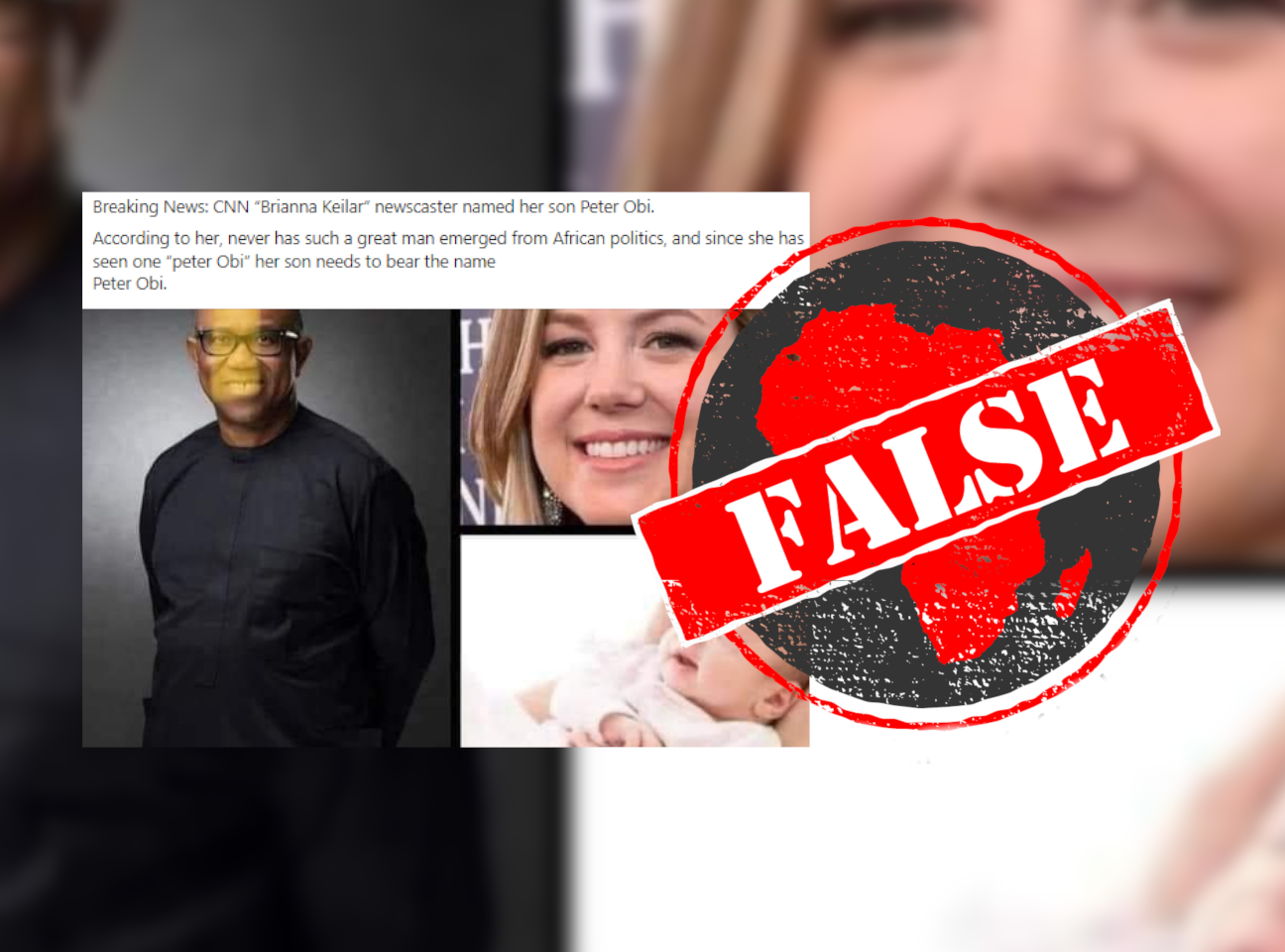 Keilar has only one child, a son born in June 2018 with husband and military officer Fernando Lujan.

Their son is named Antonio Allen Martinez Lujan – not Peter Obi. The message is false.

Africa Check recently debunked a similar claim that Hollywood actor Tom Hanks had endorsed Obi, saying that if the politician “was an American”, voters in the US “would have given him a one-way presidential ticket”.