Ebola is a viral, deadly haemorrhagic fever. According to the World Health Organization, patients begin to show symptoms anywhere from two to 21 days after exposure to the virus. Symptoms include fever, weakness, muscular pain, headaches and sore throat.

Ebola had a significant impact in West Africa between 2014 and 2016, with over 11,310 deaths reported in Guinea, Liberia and Sierra Leone.

Since then, a number of smaller outbreaks have been recorded in the Democratic Republic of the Congo, as well as an outbreak in Guinea in February 2021.

There are two licensed Ebola vaccines, according to the WHO. But there are limited quantities of the vaccine, and it is not given to everyone at risk. 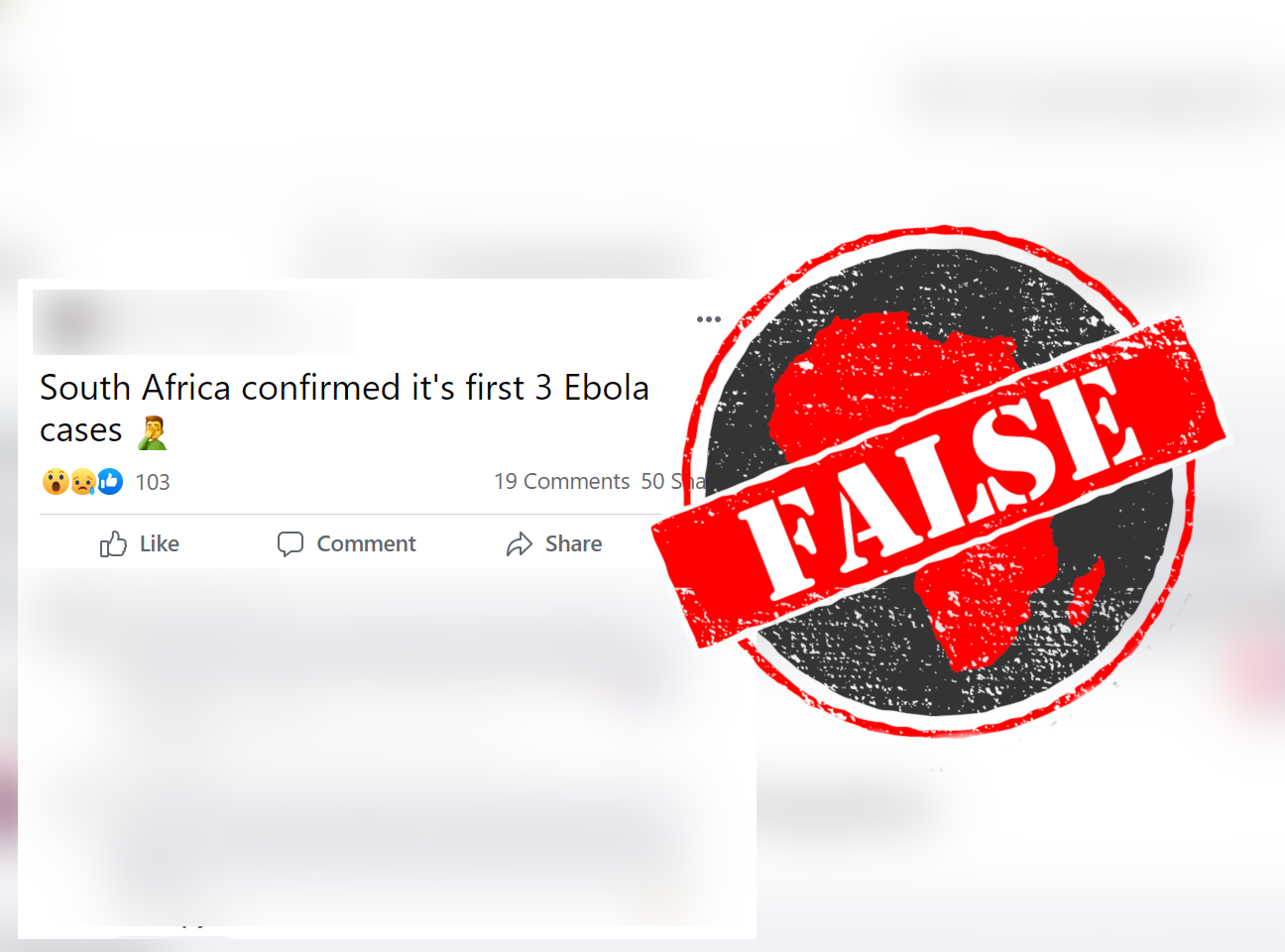 Only Ebola case in South Africa in 1996

There have been no reported cases of Ebola in South Africa in early 2021.

The only confirmed case of Ebola virus in a human in South Africa dates back to 1996, Dr Jacqueline Weyer, senior medical scientist in the Center for Emerging and Zoonotic Diseases at the National Institute for Communicable Diseases, previously told Africa Check.

If any cases of Ebola had been confirmed, this would have been reported by the NICD and South Africa’s department of health.

It would also have been covered widely in the media, but this was not the case.