IN SHORT: Kenya’s new president William Ruto presented himself as a prayerful man during his campaign. But the large yellow cross has been photoshopped onto an image of State House.

An image circulating on Facebook shows a large yellow cross on the roof of State House, Kenya’s presidential residence.

Facebook users who posted it claimed it was proof that the residence became a house of prayer soon after new Kenyan president William Ruto moved in.

“A yellow cross erected at the top of the State House where the UDA Flag is flying. Kenya ni nchi ya Mungu ,sio bangi na reggae,” one user captioned it.

The Kiswahili translates as: “Kenya is God's country, not cannabis and reggae.” This is a reference to George Wajackoyah of the Roots Party, who campaigned for the presidency with the promise to legalise marijuana.

Ruto is the leader of the United Democratic Alliance. Yellow is one of the party’s colours and is dominant in Kenya’s presidential flag.

Ruto presented himself as a prayerful man during his campaign. Rachel Ruto, his wife, has invited several clerics to State House.

The image was also posted here, here and here.

But has a cross been erected atop of State House? We checked. 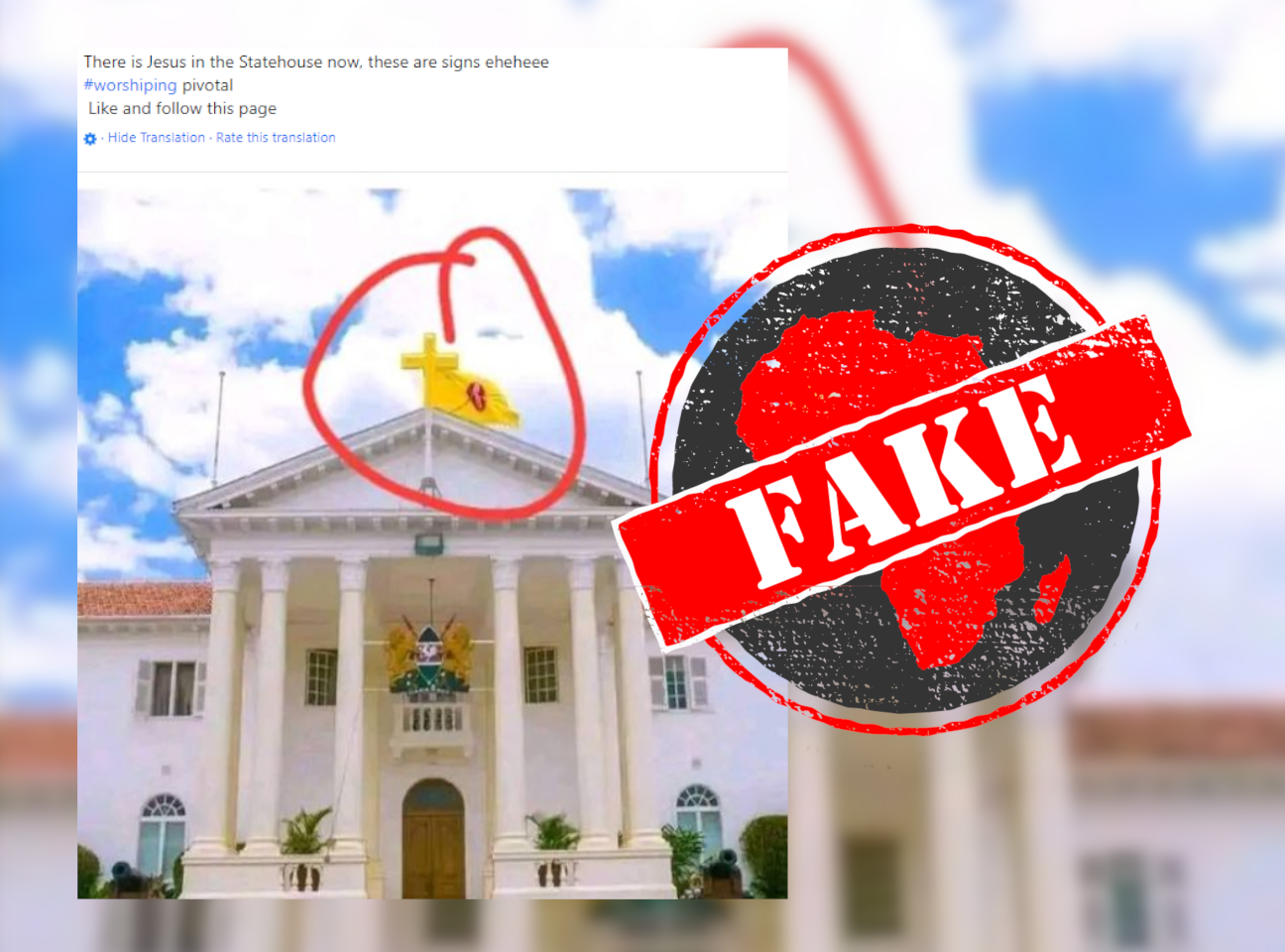 A reverse image search of the image reveals that it was first published on 16 September 2022, on the State House Facebook page.

In the original photo, the East African Community flag and the Kenyan presidential flag can be seen.

The photo on Facebook has been altered to show a cross.