IN SHORT: After the news of the death of Davido’s son, a video has been widely posted on social media, with the claim it shows the incident. But this is not true, and the video shows another tragedy from 2019.

(Warning: The video shows events that may upset some readers.)

A distressing video claims to show the moment the son of award-winning Nigerian singer and record producer David Adedeji Adeleke, popularly known by his stage name Davido, died by drowning.

The death of three-year-old Ifeanyi Adeleke on 31 October 2022 has been widely covered by the media, with fans, public figures and entertainers expressing condolences to Davido and his fiancé Chioma Rowland.

According to reports, the child drowned in a pool at the family’s home in the upmarket Banana Island area of Lagos city in southwestern Nigeria. The police are investigating the death.

The video shows a boy with a blue inflatable swimming ring around his waist. The boy gets into a small pool and soon after appears to drown.

The caption to the video reads: “CCTV footage showing the moment Davido’s son drowned in the baby pool. So sad …”

The video has also been posted here, here, here and here, along with captions suggesting that it shows the three-year-old Ifeanyi. 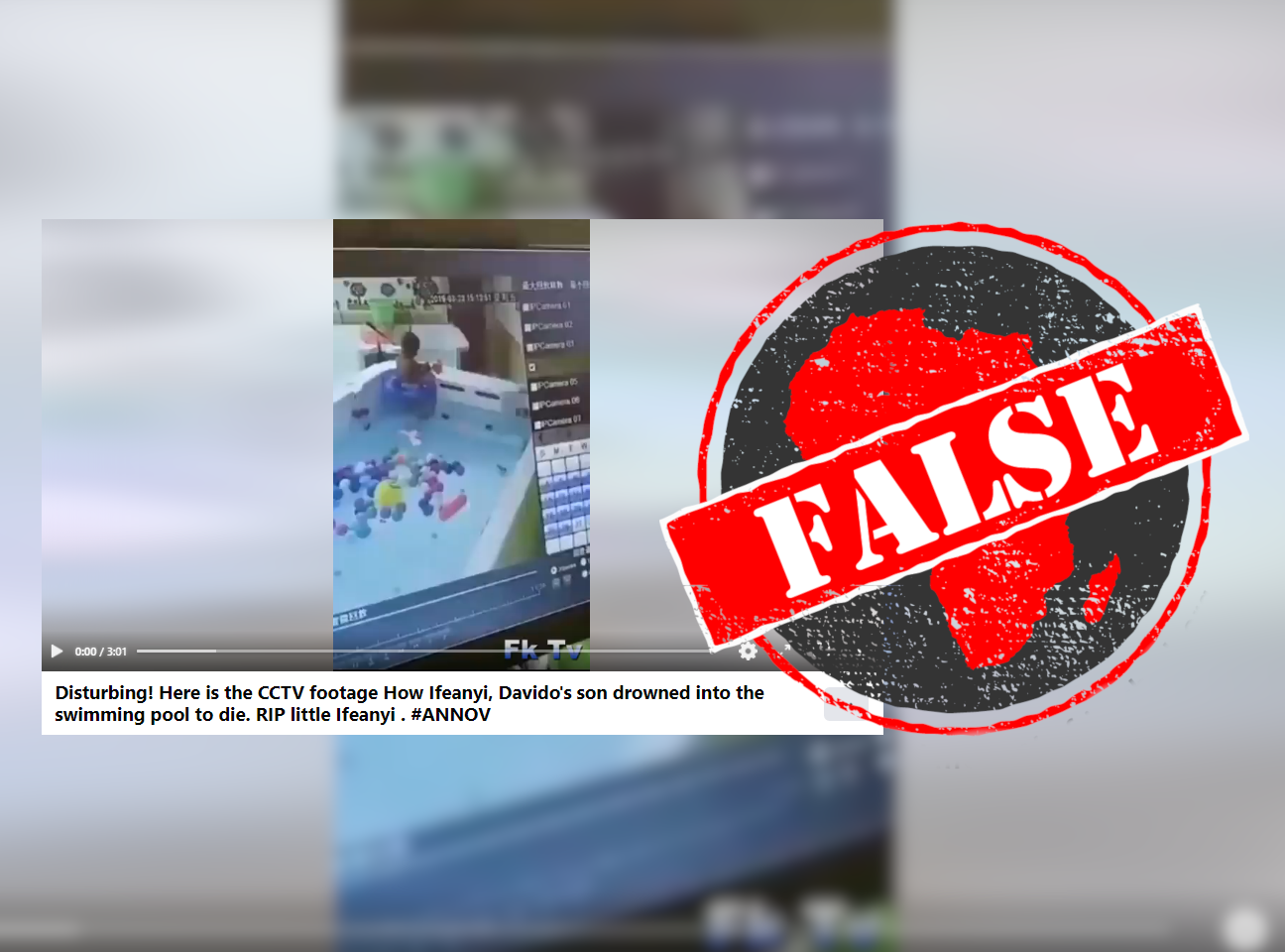 CCTV footage dates back to 2019

Going by this, this footage shows a child in distress on 23 August 2019, more than three years before the video was being shared widely on social media. The child in the video cannot be Davido’s son.

There is also some Chinese text on the video. This gave us a hint that the CCTV video could have been from China.

A Google reverse search of the video led us to an article published on 30 August 2019 on the website of the Mirror, a national tabloid newspaper in the UK.

The article reported that the disturbing footage was taken in the Xuzhou district in the city of Yibin in southwestern China.

According to the article, the young boy was two years old at the time of the accident. He was left unattended for six minutes and he drowned.