No, doctors have not discovered link between Covid vaccines and abnormal blood ‘stacking’

A number of posts on Facebook and articles shared to the platform include a graphic of what appear to microscope images of red blood cells. Above the images in the graphic is the claim “German Doctor Finds Vaxxed Blood Shows Signs of ‘Stacking’, Typical of Blood Cancers”.

Peters and Ruby have previously published vaccine-related misinformation. Here they share yet another false claim: that vaccines against Covid-19 cause “Rouleaux formation” in the blood.

But what is Rouleaux formation or “stacking” and is it anything to worry about? 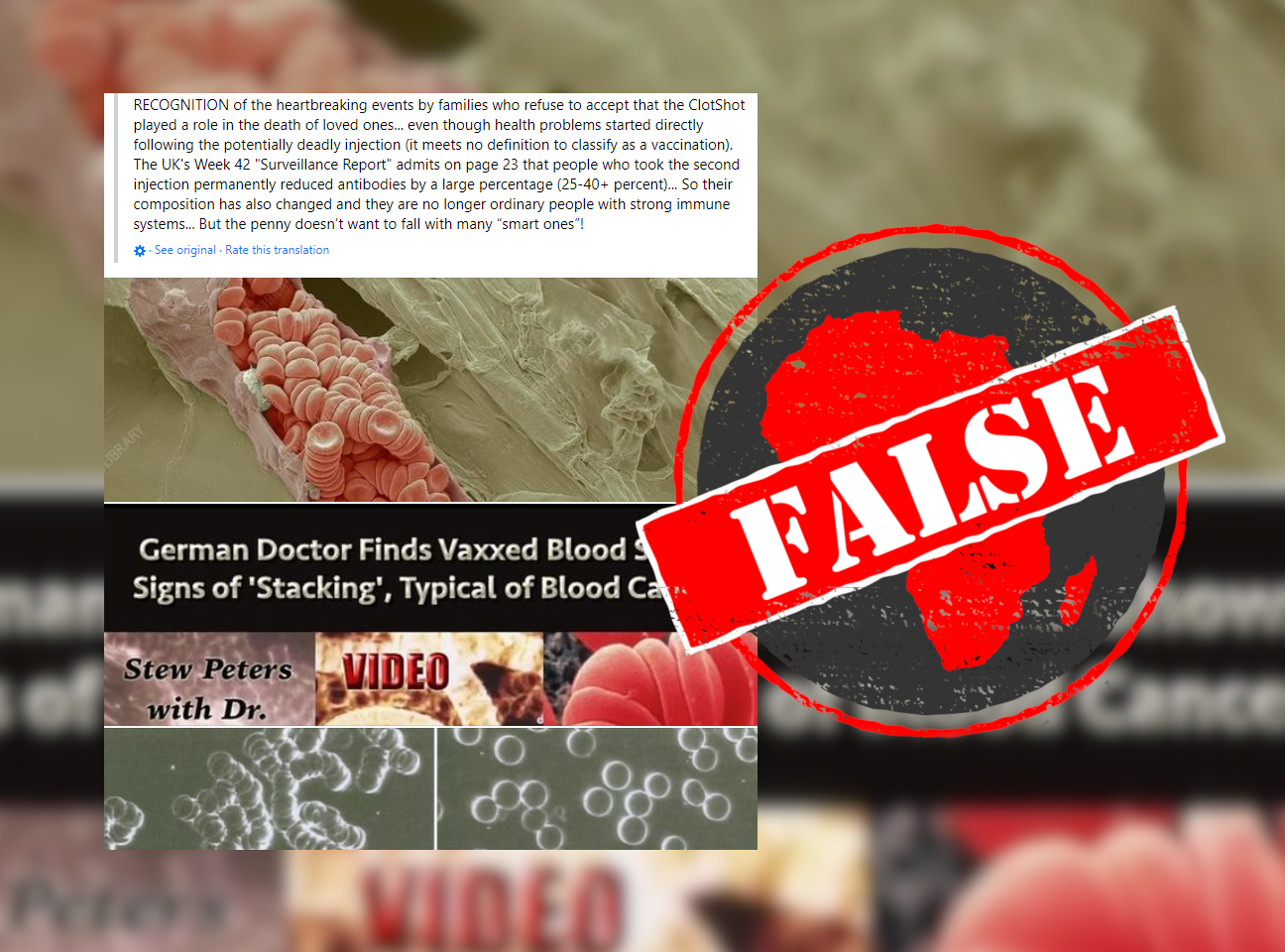 No link between vaccine and ‘stacking’, stacking isn’t dangerous

The graphic is from an August 2021 episode of the Stew Peters Show where Ruby claimed a German naturopath, Bärbel Ghitalla, had found evidence of “Rouleaux formation” in the blood of some of her patients who had been vaccinated against Covid-19.

When Reuters fact-checked Peters’ claims, several experts said the slides from the show did not indicate anything significant.

Prof Marie Scully, a consultant haematologist from University College London Hospitals, told Reuters that Rouleaux “is non-diagnostic on its own and for any association with vaccination to be significant, it would require other abnormal laboratory or clinical parameters”.

A spokesperson from the British Society for Haematology added: “Most of the images shown in the video are not normal blood films. Some are electron microscopy, others look to be fluorescent, and some are unrecognisable.”

“The fact that the speaker doesn’t know the difference suggests that she is not a medical doctor.”

His previous false claims have included endorsing the use of a “miracle” Covid-19 treatment which the US Food and Drug Administration has called “dangerous and potentially life threatening”.

Ruby, who uses the title “Dr Jane Ruby”, has also made various false claims in the past. She is not a registered medical doctor – a now-deleted LinkedIn page reveals that Ruby earned a doctorate of education. Her Twitter account was also suspended for violating “Twitter rules”.

Her most notorious claim on another episode of Stew Peters’s show was that Covid-19 vaccines were intentionally designed to make people literally magnetic. But vaccines do not cause magnetism, intentionally or otherwise, and this absurd claim has been widely debunked.

Peters and Ruby have shared widely and easily debunked misinformation many times. Because of this their claims should not be trusted.