A photo published in a Facebook group with over 87,000 members shows a billboard with what appears to be a Ugandan election campaign poster.

Uganda held elections in January 2021. Yoweri Museveni, who has been in power since 1986, was re-elected for the sixth time to serve another five-year term as Uganda’s president.

According to the poster in the photo posted on Facebook, Ugandan special forces commander  Lt Gen Muhoozi Kainerugaba, who is Museveni’s son, will be running on the National Resistance Movement (NRM) ticket in 2026.

But has this already been announced in 2021? We checked. 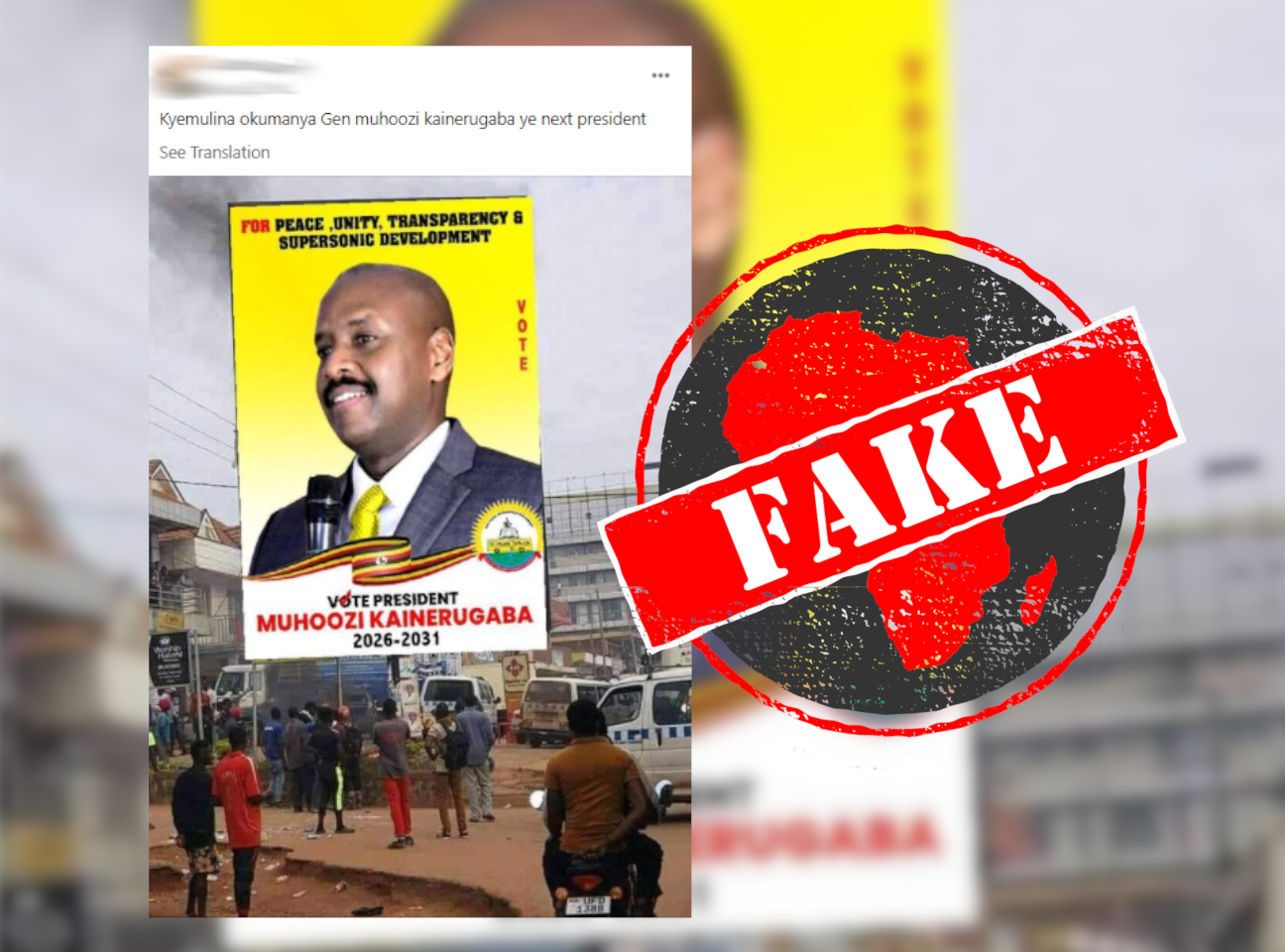 A Google reverse image search reveals that the photo with the billboard has been doctored.

The original billboard showed a campaign poster of president Museveni ahead of the January 2021 general elections.

The billboard was vandalised and set on fire in November 2020, allegedly by supporters of Kyagulanyi Ssentamu Robert, better known as Bobi Wine, who ran against Museveni.

Museveni’s son has not – yet – announced any plans to succeed his father.