“MORE THAN 300 NIGERIA SOLDIERS RESIGN FROM THE MILITARY AFTER THE SUSPICIOUS PLANE CRASH OF CHIEF OF ARMY STAFF AND OTHERS,” reads a message posted on Facebook in Nigeria in May 2021.

Lt Gen Ibrahim Attahiru, the chief of army staff, died on 21 May along with 10 others in an air crash in Kaduna, north-western Nigeria. The plane had taken off from Abuja, Nigeria’s capital, and was trying to land at Kaduna in bad weather.

But did more than Nigerian soldiers resign after the incident? We checked. 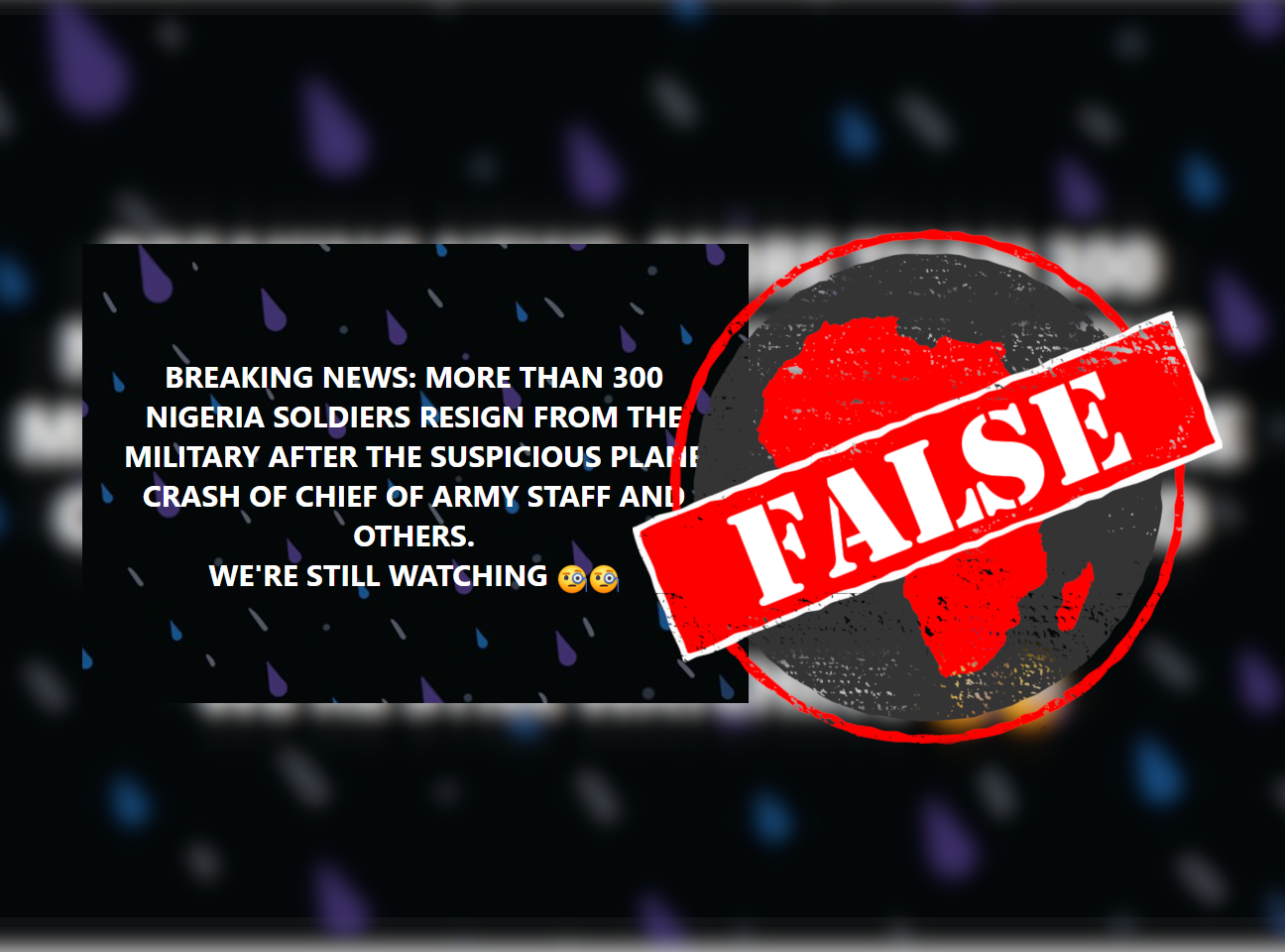 News of 300 resignations can’t be found

The most recent news of the resignation of soldiers was in January 2021, when it was announced that 127 soldiers would be allowed to voluntarily leave by May.

And a Nigerian of representatives committee confirmed that 386 soldiers voluntarily disengaged from the army due to medical and other reasons in the second quarter of 2020.

But there have been no reports of 300 soldiers resigning from the Nigerian army after Attahiru’s death.

We found no announcement of the resignations on the army’s website, its official communication channels or social media accounts.

Does Kaduna state have Nigeria’s highest concentration of military and paramilitary bodies?

Does Kaduna state have Nigeria’s highest concentration of military and paramilitary bodies?