No evidence that 3,000 bodies were recovered after soldiers raided communities in Enugu, Nigeria

A Facebook post attributed to Amnesty International claims soldiers carried out a massacre in Enugu, a state and city in southeastern Nigeria, in November 2021.

Amnesty International is a nongovernmental organisation focused on human rights.

“BREAKING NEWS: We Have Counted Not Less Than 3,000 Bodies After Soldiers Raided Communities In Enugu - Amnesty Int'l,” the post reads.

But did Amnesty International make the statement? And did Nigerian soldiers raid communities in Enugu? We checked. 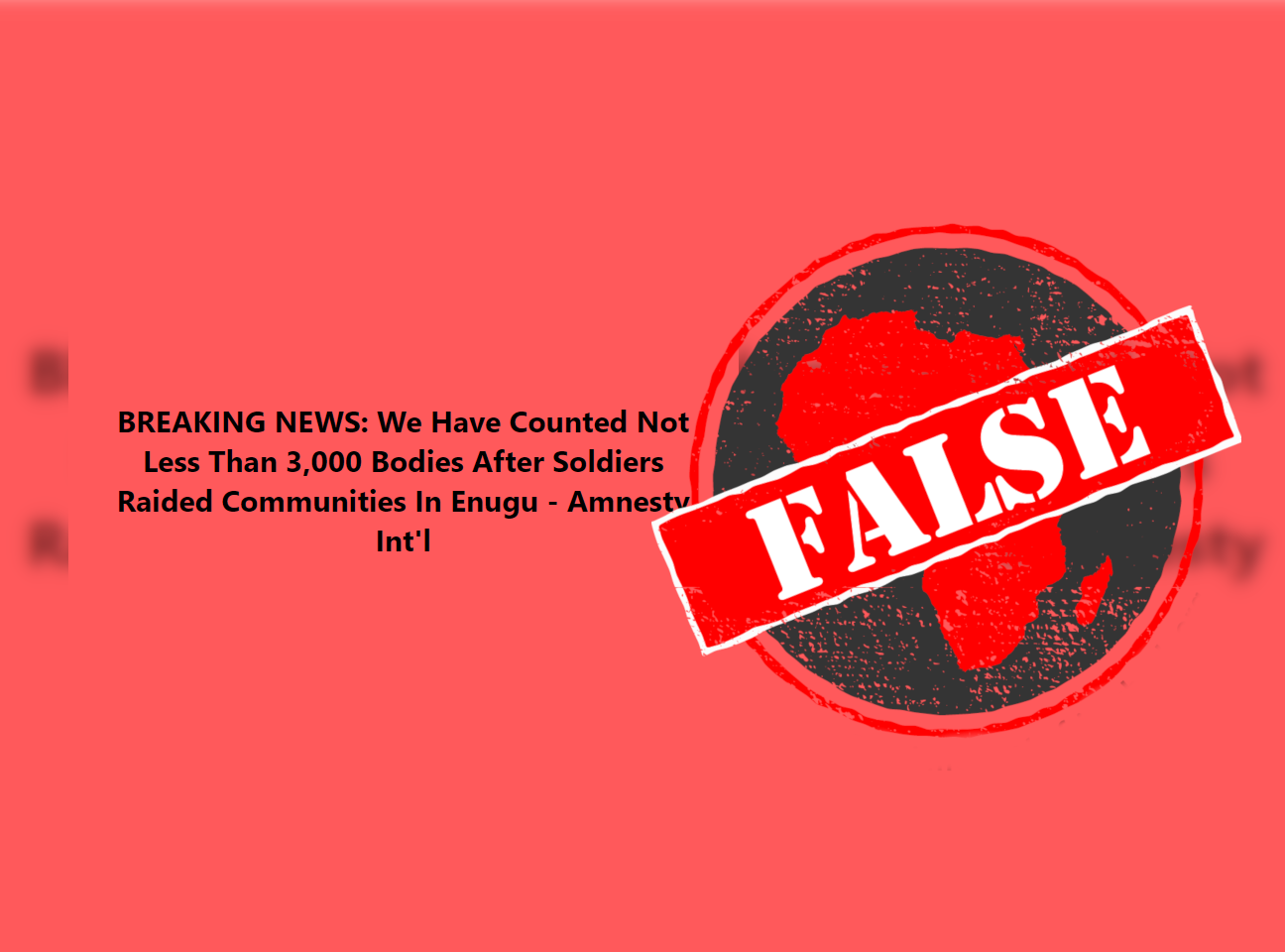 On 5 November, Amnesty International stated on its official Facebook page that the claim was false.

“This is FAKE NEWS. It is FALSE. The entire misinformation in the quoted tweet has nothing to do with Amnesty International,” the international agency said.

There have been no reports of soldiers raiding communities in Enugu or killing residents of the community. Such news would have been reported by mainstream media.

We found no statement on the massacre on the army’s website, its official communication channels or social media accounts.