A graphic circulating on social media in South Africa speculates about the assasination of Japan’s ex-prime minister Shinzo Abe. Abe was shot in Japan while giving a campaign speech in July 2022.

The post implies that Abe was assassinated for going against the scientific grain regarding the Covid-19 pandemic and vaccines. Ivermectin is an anti-parasite drug that is not recommended by health authorities to treat Covid-19.

The post appears to draw on conspiracy theories that have characterised anti-vaccine sentiment during the Covid-19 pandemic. 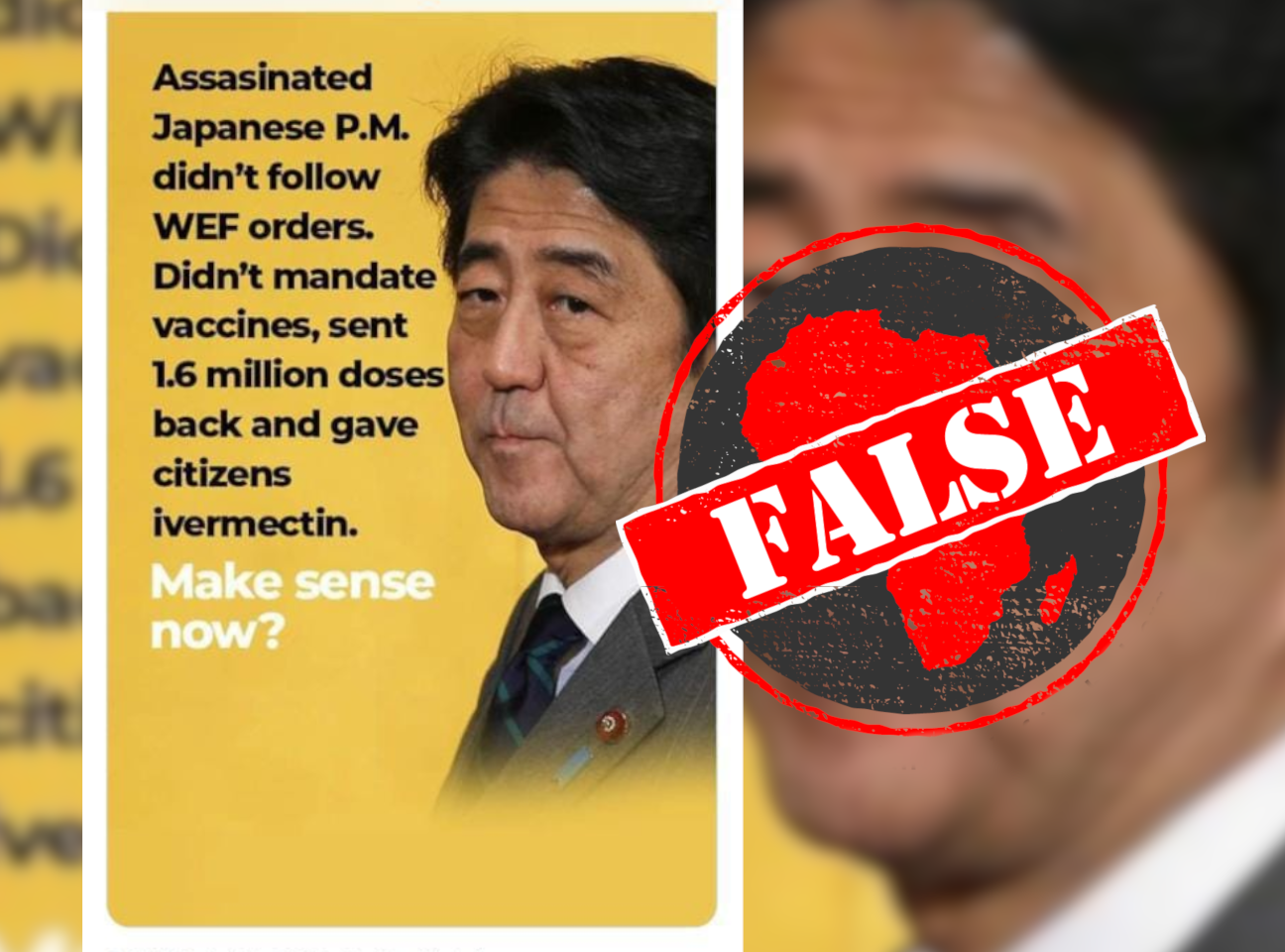 After an investigation, the company concluded that the contaminant had been small particles of stainless steel, likely a result of human error. The investigation found that the particles were not a safety risk and did not affect the safety or effectiveness of the vaccine.

It is true that Japan does not have a vaccine mandate. But this doesn’t point to any concerted anti-vaccine effort on the part of the former prime minister.

As far back as 1994, Japan has not enforced mandatory vaccination of its citizens, as other fact-checks have also noted. Despite this, the majority of the Japanese population has chosen to get vaccinated against Covid-19.

As of July 2022, an estimated 77% of the population was fully vaccinated and 82% had received at least one dose, according to data from the Institute for Health Metrics and Evaluation, an independent international research body.

Ivermectin gained attention after early trials suggested it might be useful in treating Covid-19. But some of these studies have since been retracted. Research is ongoing, but the World Health Organization has recommended against using the drug outside of clinical trials.

A June 2022 review of trials concluded that there was no good evidence for ivermectin’s effectiveness in treating Covid-19. Despite this, some continue to advocate for its use without scientific basis.

There is no evidence to suggest that Abe approved ivermectin or in any other way “gave” Japanese citizens the drug to treat Covid-19. Ivermectin is not on the list of medicines approved by the Japanese regulatory authority for Covid-19.

And, once more, Abe resigned as prime minister in August 2020, less than a year into the Covid-19 pandemic, and nearly two years before he was assassinated. The claims in the viral graphic are false.