A post published on Facebook claims Nigerian playwright, political activist and Nobel laureate Wole Soyinka has told Nigerians who to vote for in the 2023 general elections.

The same claim was published on Facebook here, here and here.

But has Soyinka come out to publicly support Kwankwaso? We checked. 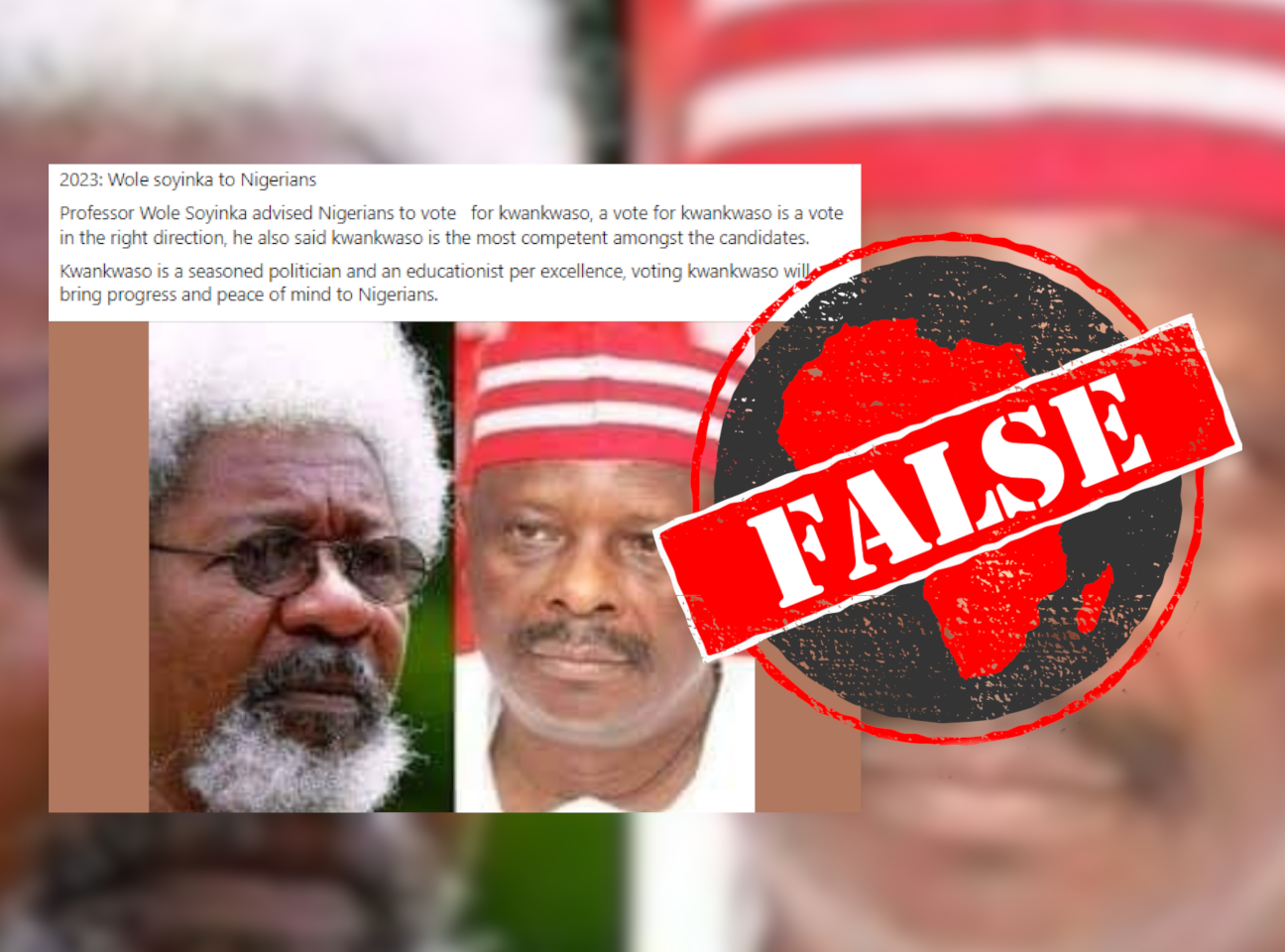 No details or credible reports of statement

None of the Facebook posts give details of where or when Soyinka is meant to have made the comment. This is often a red flag that a claim circulating on social media is fabricated.

There are also no reports from credible local news outlets in Nigeria reporting on any such endorsement from the world-famous writer, as one would expect if it were true.

In 2021, Punch newspaper reported that Soyinka does not use social media, but expresses his views on national issues through the print media.

There is no evidence Soyinka supports Kwankwaso or any other presidential candidate running in 2023.