South Africa’s 2021 municipal elections were held on 1 November. At the time of writing the country was still eagerly awaiting the final results as the last votes were counted.

A number of social media users have claimed that in one voting district, boxes of filled-in ballots were delivered either before the election began, or on election day.

Some Facebook posts have claimed that the ballot boxes contained votes for the ruling party, the African National Congress (ANC).

Users on Facebook and Twitter shared photos of several ballot boxes. The photos were supposedly taken in Lebowakgomo, seat of the Lepele-Nkumpi municipality in the country’s northernmost province of Limpopo.

The earliest photos of the ballot boxes were posted on 31 October, the day before the election.

But are these claims accurate? 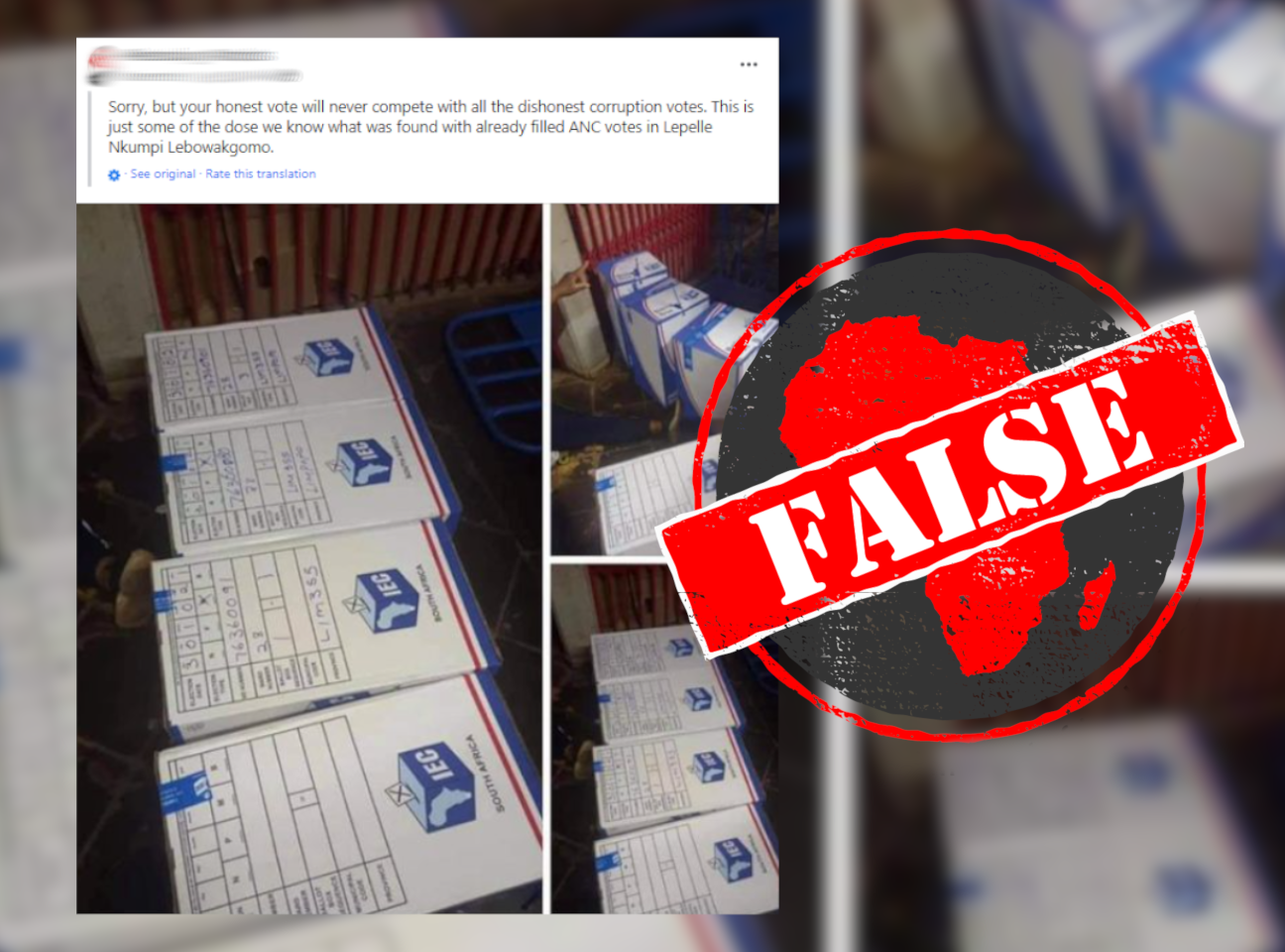 South Africa’s Independent Elections Commission (IEC) is responsible for overseeing elections. They conducted an investigation after being alerted to these claims on Twitter.

The IEC tweeted: “In this incident in Polokwane, Limpopo, one ballot box (bottom of pic) was not marked as it should have been. These boxes are traceable to their voting station.”

It seems that the IEC made a mistake in their tweet about the location of the incident. The marked ballot boxes in the photo are labelled “LIM355”, the voting district for Lepele-Nkumpi, not Polokwane, the capital of Limpopo province.

The IEC also said the ballots in the boxes could be linked to genuine votes and they “do not condone the failure to mark the ballot boxes correctly, but no fraud took place”.

It is not unusual that some ballots had been filled in and boxed by 31 October, a day before the official election day. Early “special votes” are granted ahead of time to some registered voters who cannot travel to their nearest voting station on the election day.

The IEC warned voters “not to spread disinformation”.