(Disclaimer: Funding from the Bill & Melinda Gates Foundation made up 11% of Africa Check’s income in 2020.)

Several Facebook posts doing the rounds in South Africa show a photo of Bill Gates, founder of Microsoft Corporation, with a quote attributed to the philanthropist.

But is this quote an accurate reflection of something Gates said? We investigated. 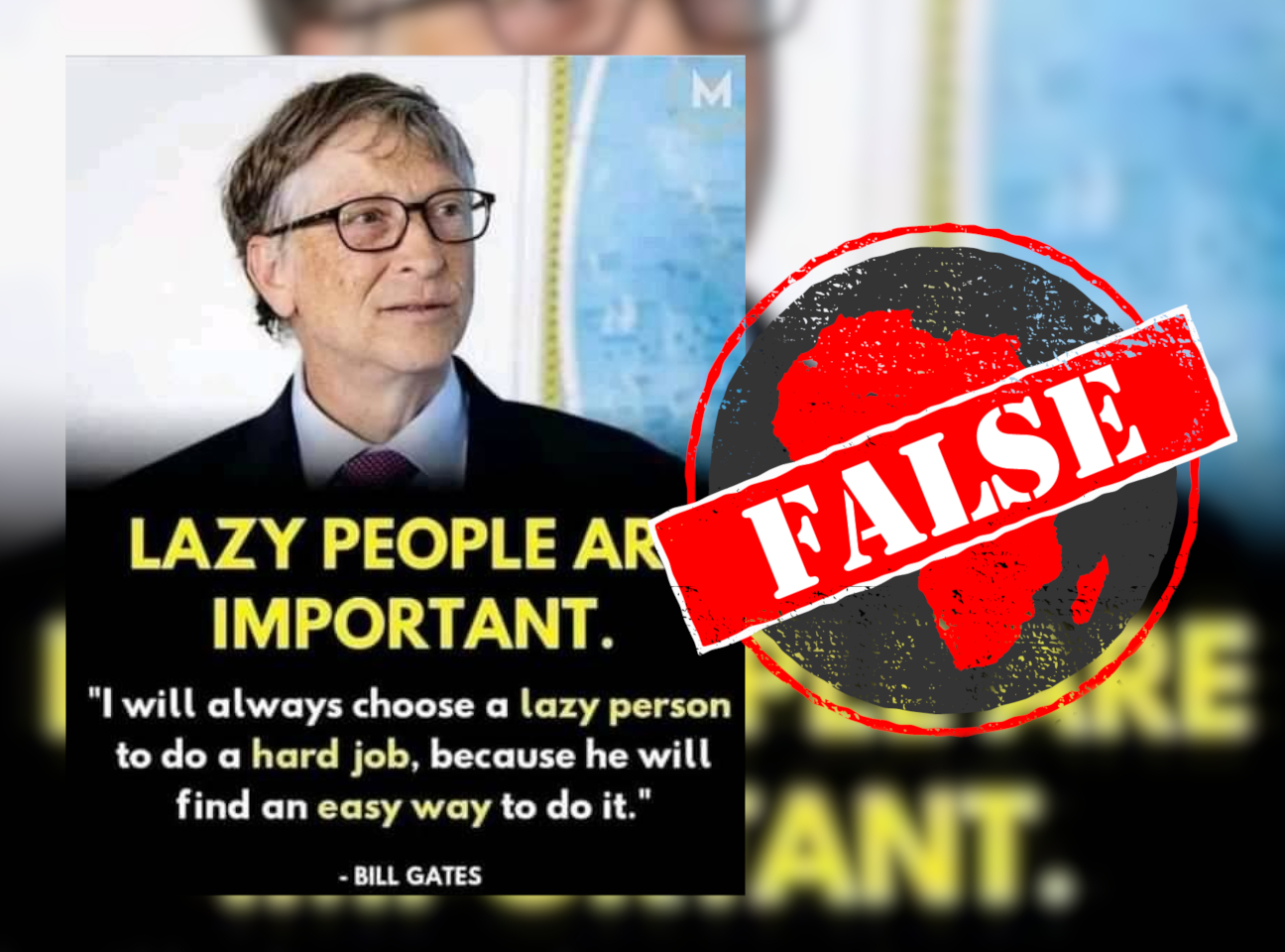 Quote nowhere to be found

The first thing we did was a search for part of the quote on Gates’s personal blog. This came up empty.

Next, we searched for the quote in Google Books. While there are a few books that make the same claim as the Facebook post, we could not find the quote in anything written by Gates.

A Google search for the quote also led to an article by Quote Investigator. It says a very similar quote has been “ascribed to Walter Chrysler who was famous for starting the Chrysler car company” and that both attributes are “probably not” true.

There is no verifiable evidence Bill Gates ever said he’d choose a “lazy person to do a hard job”.