IN SHORT: There is no evidence that China has promised to cancel its public sector loans to Nigeria if Peter Obi, the Nigerian Labour Party's presidential candidate in the country's 2023 elections, is elected as president.

A post published on Facebook in Nigeria claims China has promised to cancel Nigeria’s loans if Peter Obi becomes president.

China is the world’s second-largest economy and the biggest trade partner for African countries in aggregate.

The same claim appears in other Facebook posts published the same day.

The post includes two photos, one of China’s president Xi Jinping and the other of Obi.

But did China really make such a promise? We investigated. 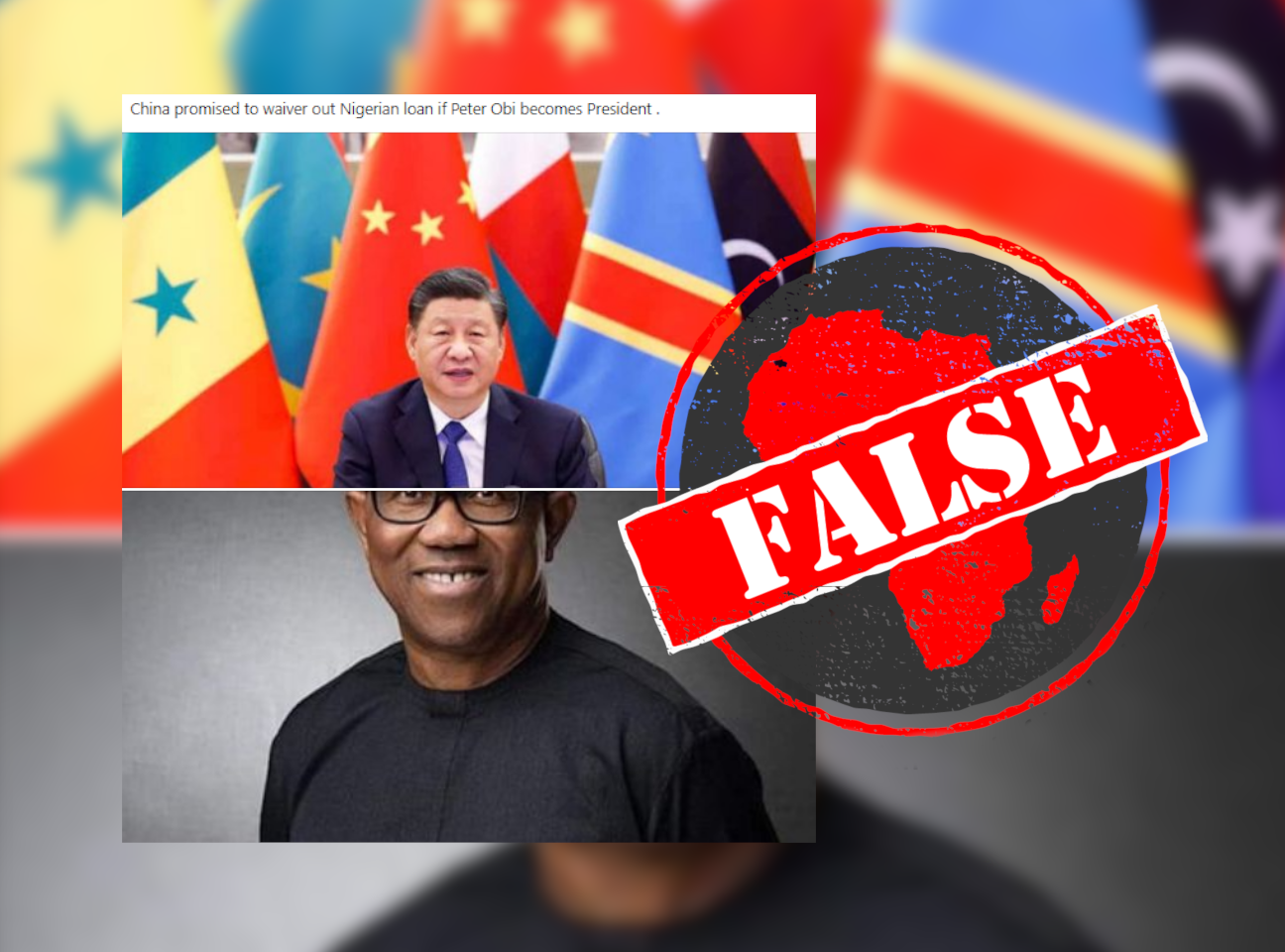 Chinese loan waiver coming but not clear for which African countries

China is the largest bilateral lender for public sector loans across the African continent.

Nigeria’s borrowing from China as of September 2021 hit US$3.67 billion.

In August 2022, the Chinese government announced its plans to absolve 23 interest-free loans to 17 African countries.

But China has not said what countries are on this waiver list, and didn’t tie the cancellation of debt to any particular victor in elections.

We searched through the Chinese government’s official web portal and could find no evidence of any promise to cancel debt if Obi becomes Nigeria’s next president.

There were also no reports of such a statement in trustworthy local news outlets, which would be expected if it were true.