“WARNING: If you find a tape like this on your car, do not take it off with your bare hands,” begins a Facebook post published in South Africa.

The post includes a photo of blue tape stuck over the petrol cap of a car.

“The tape is laced with fentanyl and will kill you. December is here and people are doing crazy things,” it says.

Fentanyl is a synthetic prescription drug that is used to treat patients in severe pain. It is an opioid 50 to 100 times more potent than morphine and highly addictive. An overdose can cause death.

Are people putting tape laced with fentanyl on cars? And will removing it with your bare hands kill you? We checked. 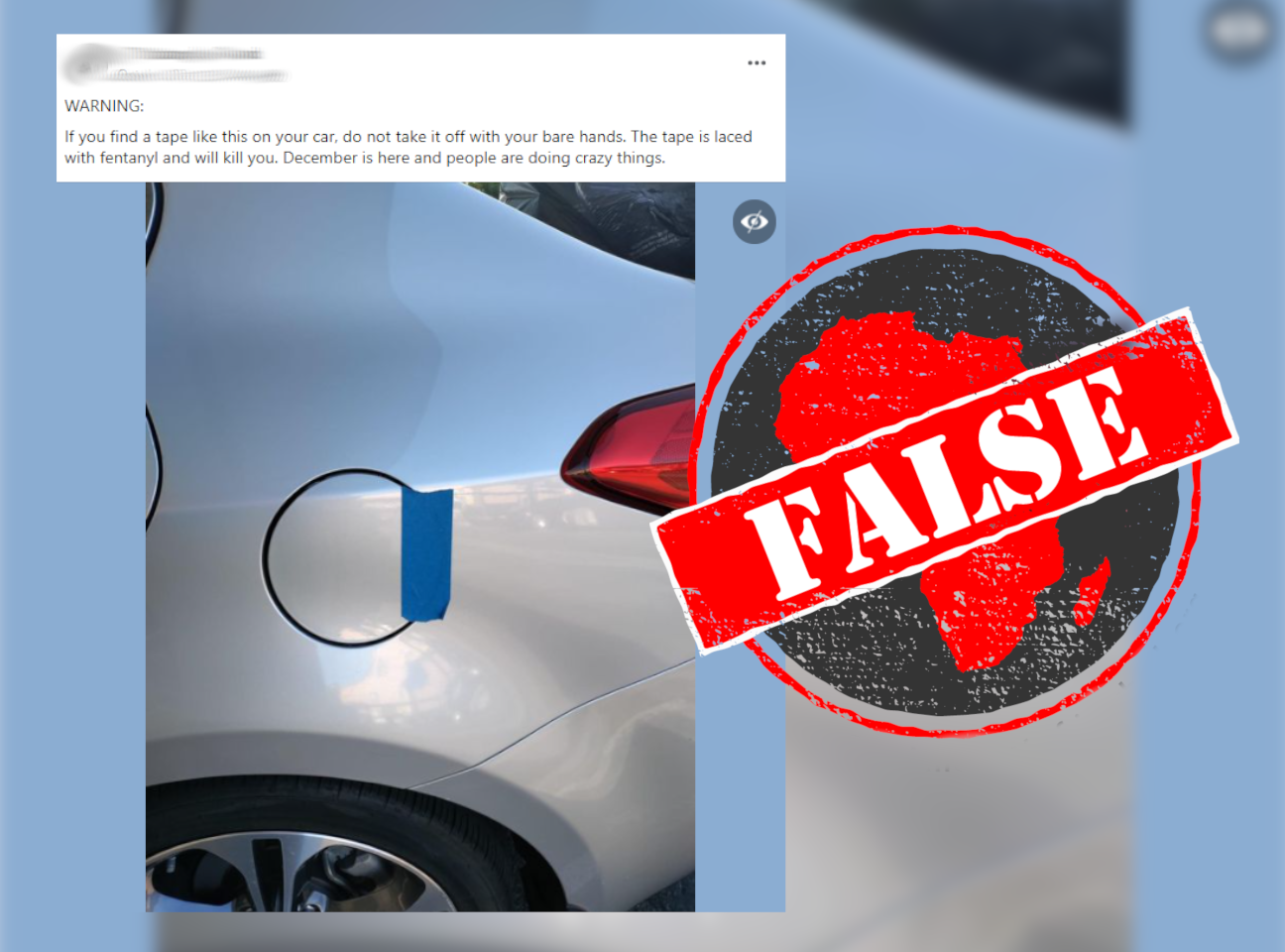 A Google search reveals that this claim has been widely debunked. We could find no evidence of any police reports anywhere describing people who died after removing blue tape laced with fentanyl from their cars.

In 2019, US media outlet the Detroit Free Press reported that fentanyl couldn’t easily be absorbed through the skin.

Dr Andrew Stolbach is a medical toxicologist and emergency doctor at Johns Hopkins Hospital in Baltimore in the US and an expert on fentanyl exposure.

Stolbach told the newspaper: “Drugs like fentanyl and analogs of fentanyl aren't absorbed through the skin very well at all. So brief, incidental contact isn't going to cause somebody to absorb a therapeutic dose, let alone a toxic dose."

A 2017 report published in medicine and health publication Stat News found that while ingesting a small amount of fentanyl could be fatal, “contact with intact skin is extremely unlikely to cause opioid toxicity, which can occur only if the substance enters the bloodstream”.

‘No evidence’ of fentanyl in South Africa

Fentanyl has made headlines in the US where in 2020 it was the main cause of drug overdose deaths. The number of deaths attributed to fentanyl increased 14-fold from 2012 to 2019.

But there is little information about the drug’s presence in South Africa.

Richard Chelin is a senior researcher of Enact Africa at the Institute for Security Studies Africa. He told Africa Check: “As far as I can determine, there has been no evidence of fentanyl being discovered in South Africa or the region.”

He said that there was evidence of another synthetic opioid, tramadol, entering the illegal drug market and that law enforcement officers were also on the lookout for fentanyl.