A quote attributed to former US president John F Kennedy has been doing the rounds on Facebook in South Africa.

Sometimes shared as a graphic and sometimes as a caption to a photo of Kennedy, the quote reads: “There exists in this country a plot to enslave every man, woman and child. Before I leave this high and noble office, I intend to expose this plot.”

According to the posts on social media, Kennedy said these words “seven days before he was assassinated”.

But did he say these ominous words shortly before his death? 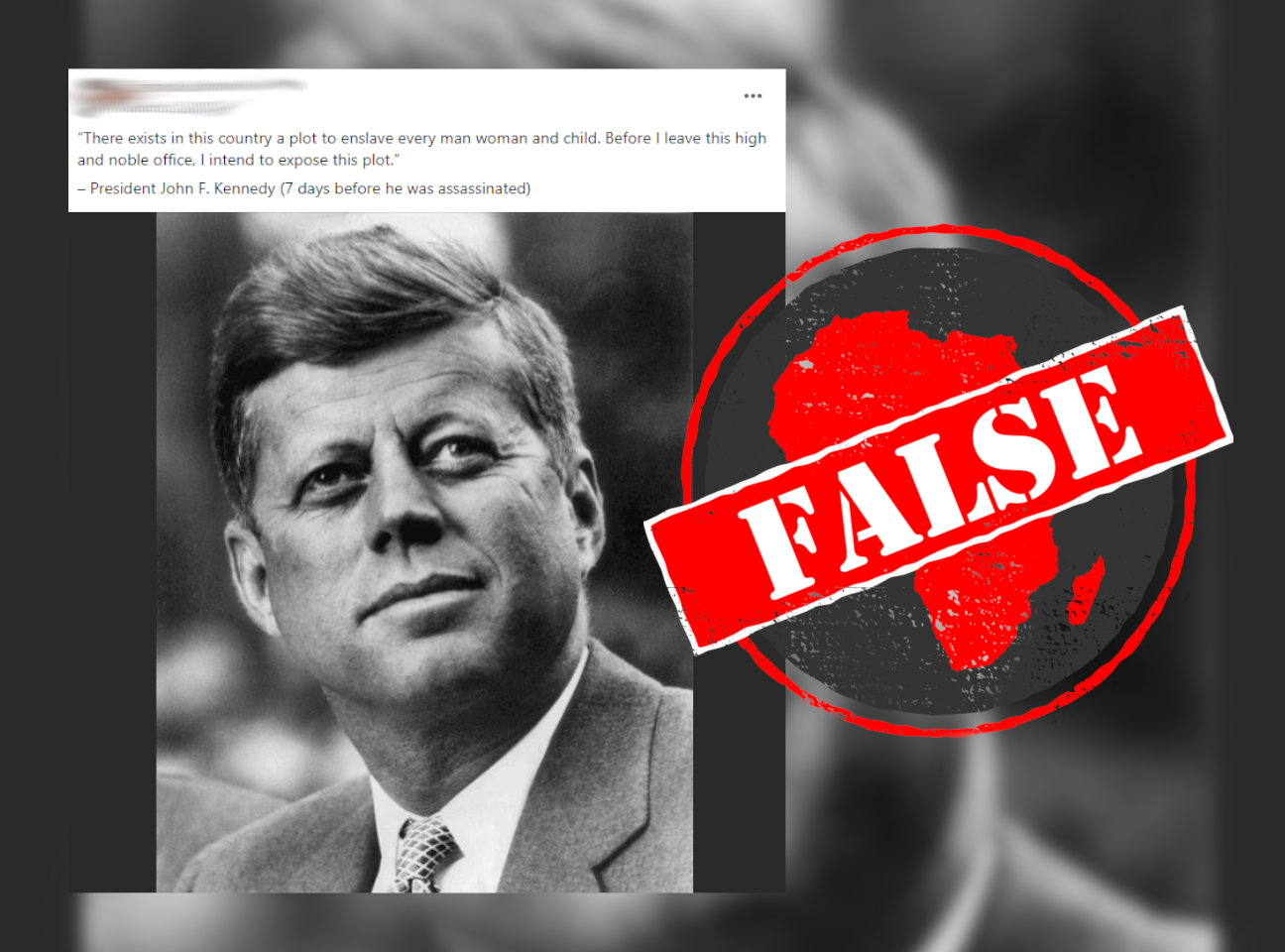 We searched for the quote on the John F Kennedy Presidential Library and Museum website, but this brought back no results.

We also looked through presidential speeches and press conferences archived on the library website, and found no trace of the quote.

We next looked for any content from 15 November 1963, seven days before JFK’s assassination.

This search unearthed a sound recording of Kennedy’s “address to the fifth constitutional convention of the American Federation of Labor, Congress of Industrial Organization … held at the Americana Hotel in New York City”.

But the quote attributed to Kennedy on Facebook is not heard in this speech.

We could find no evidence he ever said these words.

The presidential library also told Reuters that they were not aware of the quote nor could they find it in their records, when the news organisation fact-checked the same fake quote in 2020.