A screenshot of what appears to be a controversial tweet by the Kenya Power and Lighting Company has been posted on Facebook.

Baba is the political nickname of presidential candidate Raila Odinga. The hashtag #BABAthe5th is used as an endorsement of Odinga’s run to become the fifth president of Kenya.

The country is set to hold elections on 9 August.

But did Kenya Power really tweet support for Odinga? We checked. 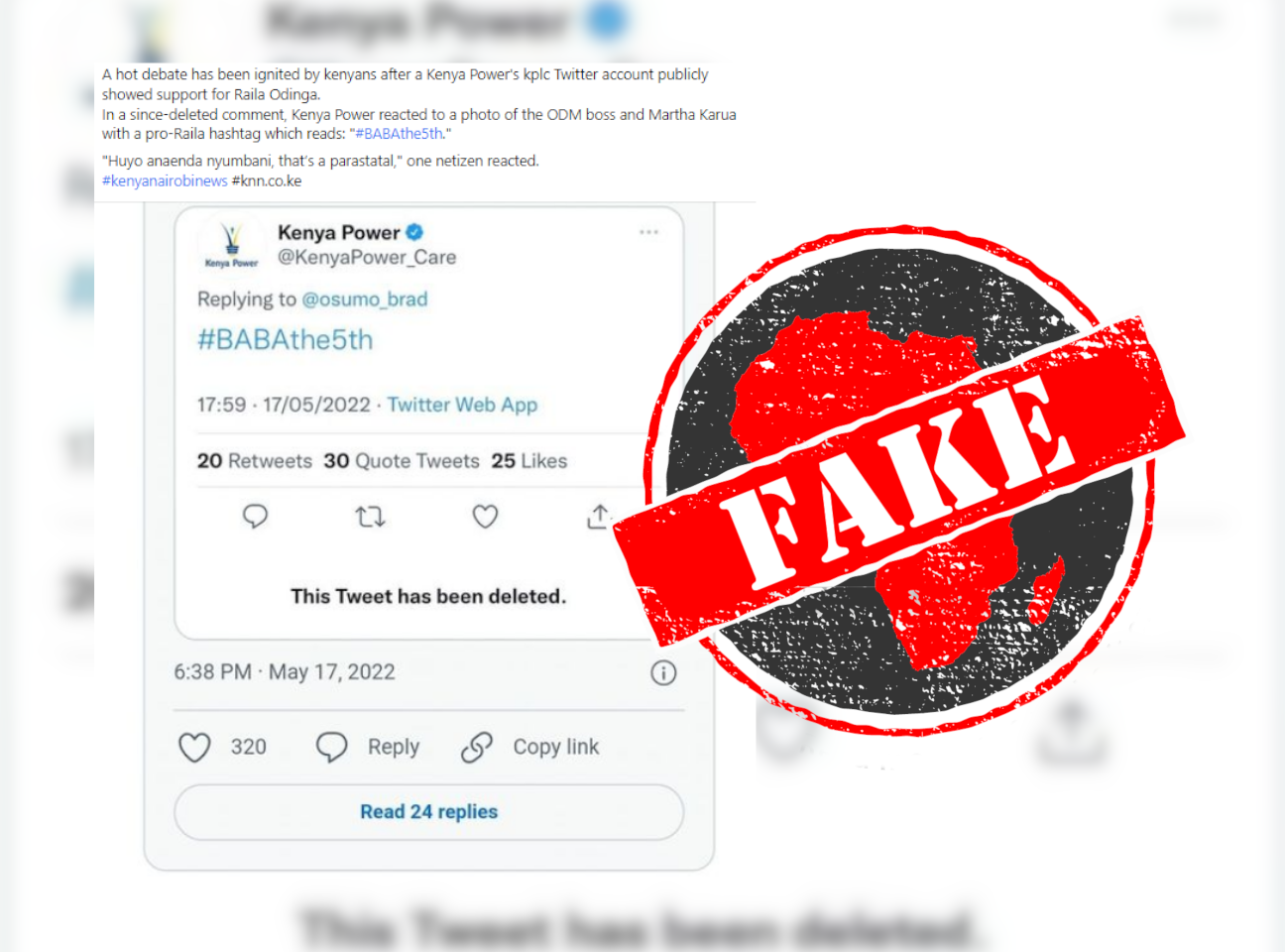 Such a provocative tweet from a verified account with over 1 million followers would inevitably attract replies. These would then point to a deleted tweet. We found no evidence of this either.

We also searched the @Osumo_brad account that the tweet was seemingly sent to in reply, and again got no result, or indication of replies. If a tweet is deleted, replies still remain online and reference a deleted tweet.

We found no evidence that Kenya Power tweeted #BABAthe5th.