IN SHORT: According to several posts on Facebook, one of Kenya’s new cabinet secretaries has repeated something we’ve heard before – that the police uniform should be without pockets, in order to stop graft. But there’s no evidence for this.

A post doing the rounds on Facebook quotes Kenya’s ministry of interior and national administration cabinet secretary Kithure Kindiki saying that the Kenyan police uniform would not have pockets.

The post went viral just days after Kindiki was sworn into office on 27 October 2022. He was appointed by newly elected president William Ruto and took over the ministry from Fred Matiang’i.

The Kenya police has been accused of corruption and was ranked the most corrupt institution in the country 2018 by the Kenyan Ethics and Anti-Corruption Commission.

Local media have also caught traffic police officers taking bribes from motorists several times. The quote about pocket-less uniforms is being interpreted as an effort to combat corruption.

But did the new cabinet secretary really say it? We checked. 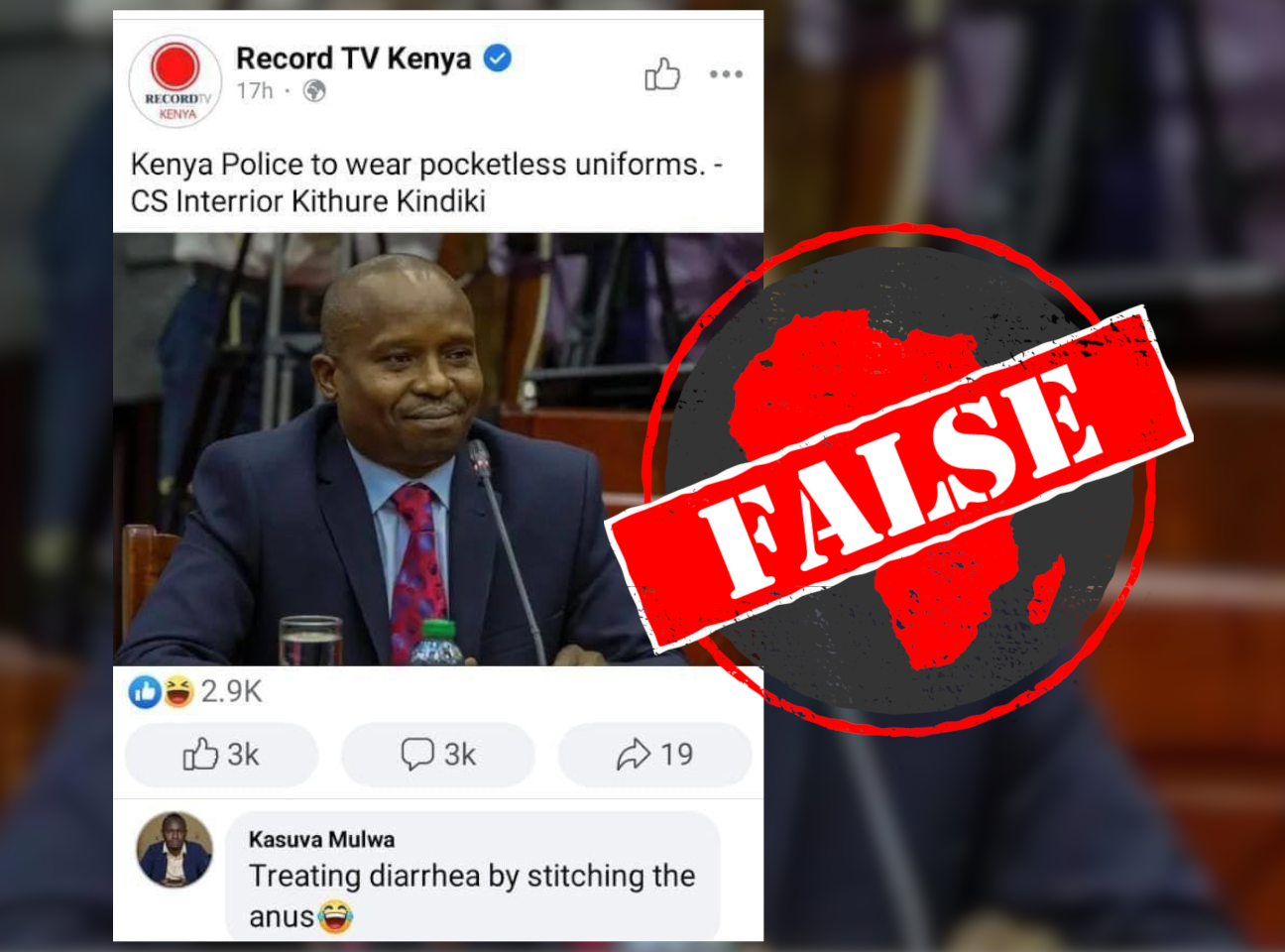 The change in the police uniform would have been picked up by local media and appear in Google search results. We searched for it there but came up empty.

The ministry has published a screenshot of the claim on its Facebook and Twitter accounts, stamped “fake”, saying it will “prioritise reforms that dignify the police and complement their capacities for an effective discharge of their duties”.

In 2019, Africa Check debunked a similar claim about the Kenyan police uniform.

There is no evidence Kindiki made this statement or that any media house quoted him as saying so.