IN SHORT: After Uhuru Kenyatta said his ally Raila Odinga, who unsuccessfully ran for president, would remain his leader, he was quoted online as saying Odinga’s running mate Martha Karua would “still” be his queen. He didn’t say that. The quote is probably just mockery of his earlier statement.

“I will condole with the family of Queen Elizabeth II but my Queen is still Martha Karua,” reads a quote circulating on Facebook, attributed to Kenyan president Uhuru Kenyatta.

Martha Karua heads the National Rainbow Coalition Kenya party. She was the running mate of Orange Democratic Movement leader Raila Odinga in his unsuccessful bid for the presidency in Kenya’s 9 August elections. Kenyatta supported his candidacy.

His rival, William Ruto of the United Democratic Alliance, won the elections and will be sworn in on 13 September. Odinga unsuccessfully petitioned against the win in court.

The quote began circulating online after Kenyatta said he would “hand over power” to Ruto “while smiling” because it was his “constitutional duty”. “After that, I will become a normal citizen and my leader will be Raila Odinga,” he added. 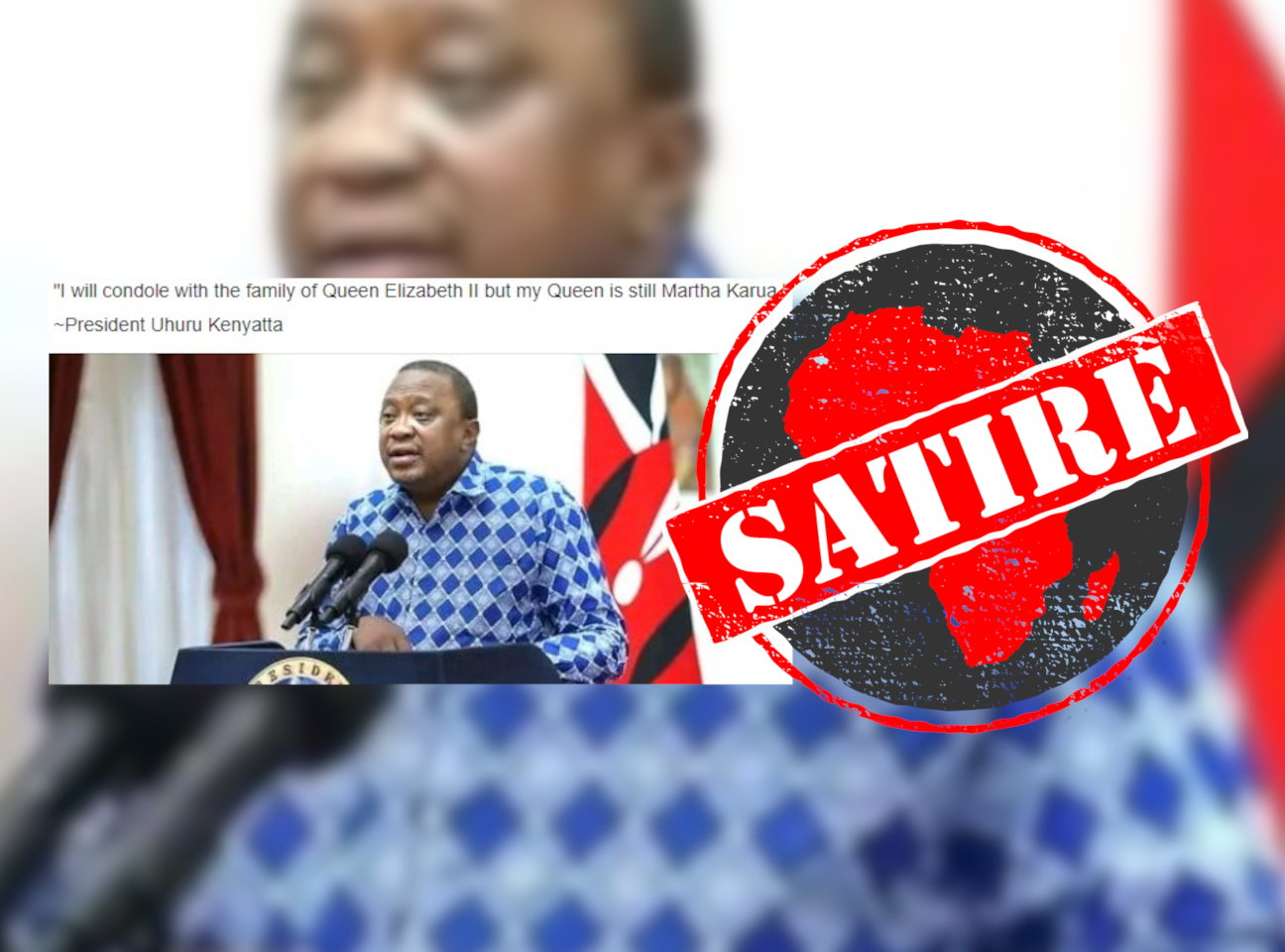 Quote likely to be satire

The quote, if legit, would have been picked up by local media and appear in Google search results. But our searches came up empty.

Kenyatta’s message of condolence to the queen’s family was different.

It reads: “Her Majesty Queen Elizabeth II was a towering icon of selfless service to humanity and a key figurehead of not only the United Kingdom and the Commonwealth of Nations where Kenya is a distinguished member but the entire world.”

The quote appears to mock Kenyatta’s earlier comment that his leader would remain Odinga. This would make it satire, not a falsehood.