“Moody Awori Speaks,” begins a lengthy message posted on Facebook in August 2021. It goes on to seemingly quote Kenya’s former vice president, who held office from 2003 to 2008.

Awori appears to advise deputy president William Ruto on how to restore his broken relationship with president Uhuru Kenyatta. The message also suggests that the rift between the once close political friends might have been caused by Ruto.

“I was once the Vice President of the Republic of Kenya and no even a single day my boss undermined nor frustrated me the way Deputy President William Ruto is being treated,” it reads.

The message, which includes a photo of Awori, advises Ruto to reach out to Kenyatta and “sort out your issues not using mere Politicians who don't under welfare of the nation to pass your message”.

Awori supposedly offers to meet Ruto “over the week” and “debate on how you can handle issues one on one”.

It ends with “Mzee breaks Silences”, or “The old man breaks the silence.”

Ruto and Kenyatta do appear to have fallen out, as revealed in their public statements about each other. Religious leaders have called for them to reconcile.

But does the message really quote a statement by Awori? 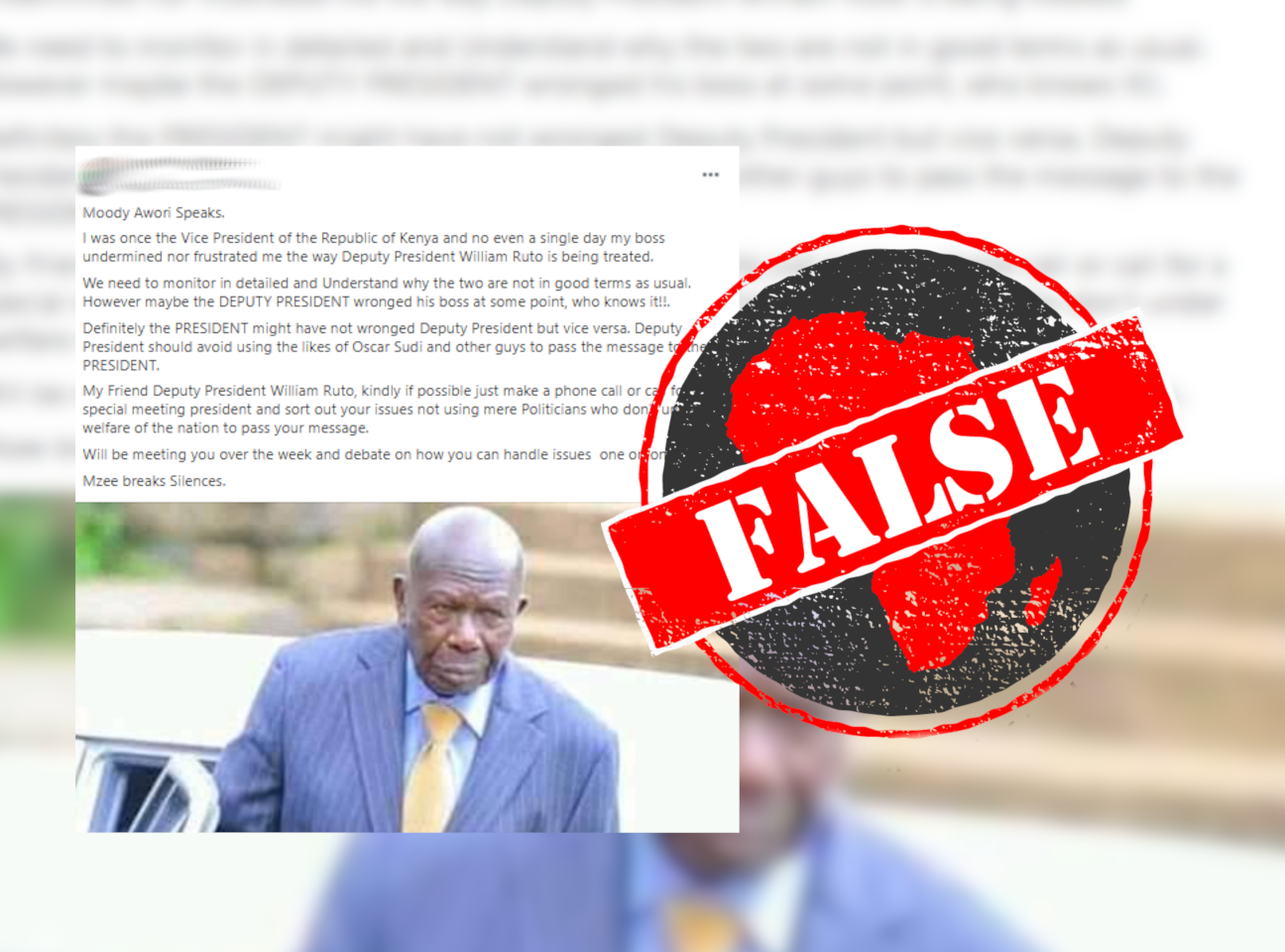 With Kenya’s general elections set for 2022, there seems to have been an uptick in political statements posted on social media in the country. These attempt to create political narratives to sway public opinion. This appears to be one.

The posts do not often indicate when the statements were made and in what form. No source is given. More than this, poor writing and grammatical errors indicate that the statements could not have originated from a professional politician. They have been made up.

Little has been heard from Awori since he left active politics.

No media outlet has picked up the statement, despite the former vice president’s status. And a Google search for the statement returns no results, except for the Facebook post.