IN SHORT: Articles spreading on social media claim 35 Australian cows died “instantly” after receiving an mRNA vaccine. But there is no evidence this happened at all, or that any cows in Australia have ever received any mRNA vaccine.

An alarming blog post about mRNA vaccines has been spreading on Facebook and other social media platforms in October 2022. It cautions about the “instant death of cows who received mRNA vaccine” and asks readers to “urgently warn everyone you know”.

A screenshot of part of the blog post was originally shared on Instagram on 2 October to a well-known anti-vaccine account with over 14,000 followers. It was published on the website Before It’s News, known to spread conspiracy theories.

The posts claim to have been “copied from an email” and describe either the experience of “a friend” of the writer or a neighbour of the friend of the writer, who is apparently a dairy farmer in New South Wales (NSW) state, Australia.

This farmer was “forced to vaccinate” her herd of cattle with “an mRNA vaccine”. We are told that out of 200 cattle, “35 died instantly” following the vaccination.

Is this alarming news true? Did tens of cattle really die after receiving an mRNA vaccine? We looked into it. 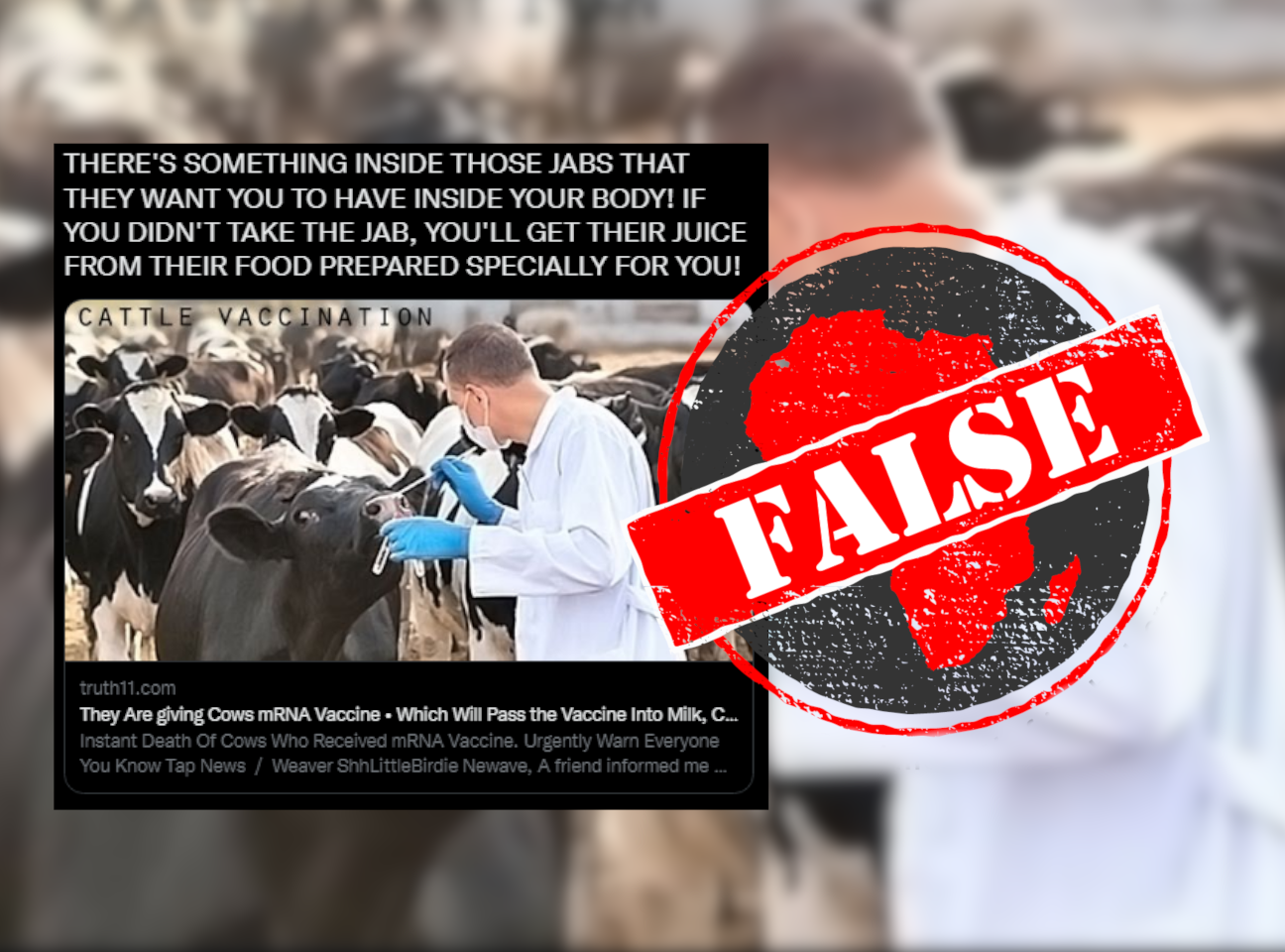 The article follows a recent announcement from the NSW state government of plans to speed up the development of mRNA vaccines for lumpy skin disease and foot-and-mouth disease, two conditions that affect cattle and other animals.

Both diseases can prove deadly for infected cattle, and outbreaks often result in culling in large numbers. The vaccines aim to prevent large outbreaks.

But despite the third-hand claims in the blog posts, Australia has not yet approved mRNA vaccines for the diseases. According to the NSW government announcement, the mRNA vaccines will likely only be ready in August 2023.

The posts also claim that the DNA of the cows is “altered” after receiving the mRNA vaccine. But this is not how mRNA vaccines work. Just like the mRNA vaccines currently being used to fight Covid-19, these vaccines do not change human, cow or other animal DNA.

mRNA vaccines work by giving the body instructions to produce a specific protein that is found on the virus in question. The body’s immune system then uses this to learn to recognise the real virus, and produces antibodies, or proteins that are part of the immune system, that can protect the body if it comes into contact with the actual virus.

So rather than changing anything about DNA, mRNA vaccines help the immune system do what it already does naturally, only a little faster. This gives the body’s defences the upper hand against the virus.

No evidence to suggest mass cow death happened at all

Africa Check could not find any evidence that an event like that described in the various blog posts and articles took place.

No trustworthy news articles or other sources mention anything about any number of cows dying after receiving a vaccine.

Paul Thordarson, director of the University of New South Wales’s RNA research institute, spoke to news agency AFP in October 2022. He said that “there is no way that cattle here have been vaccinated by mRNA, let alone died from it”.

There is no reason to believe any part of this story.