IN SHORT: In a quote circulating on social media, Nigerian presidential hopeful for the African Action Congress has promised university students they’ll receive N100,000 a semester if he becomes president. But there’s no evidence Omoyele Sowore has said anything like it.

According to a Facebook post, Nigerian presidential candidate Omoyele Sowore has promised to give university students N100,000 (US$230) per semester if elected as president.

The post includes a photo of Sowore and reads: “University Students Will Be Entitled To N100k Per Semester If I'm Elected – AAC, Sowore.”

Sowore is the presidential candidate of the African Action Congress (AAC) in the country’s 2023 general elections.

Political campaigning for the elections officially kicked off on 28 September 2022, in line with the Independent National Electoral Commission schedule.

We found the same quote attributed to Sowore on Facebook here, here, and here.

So did Sowore make this promise? We checked. 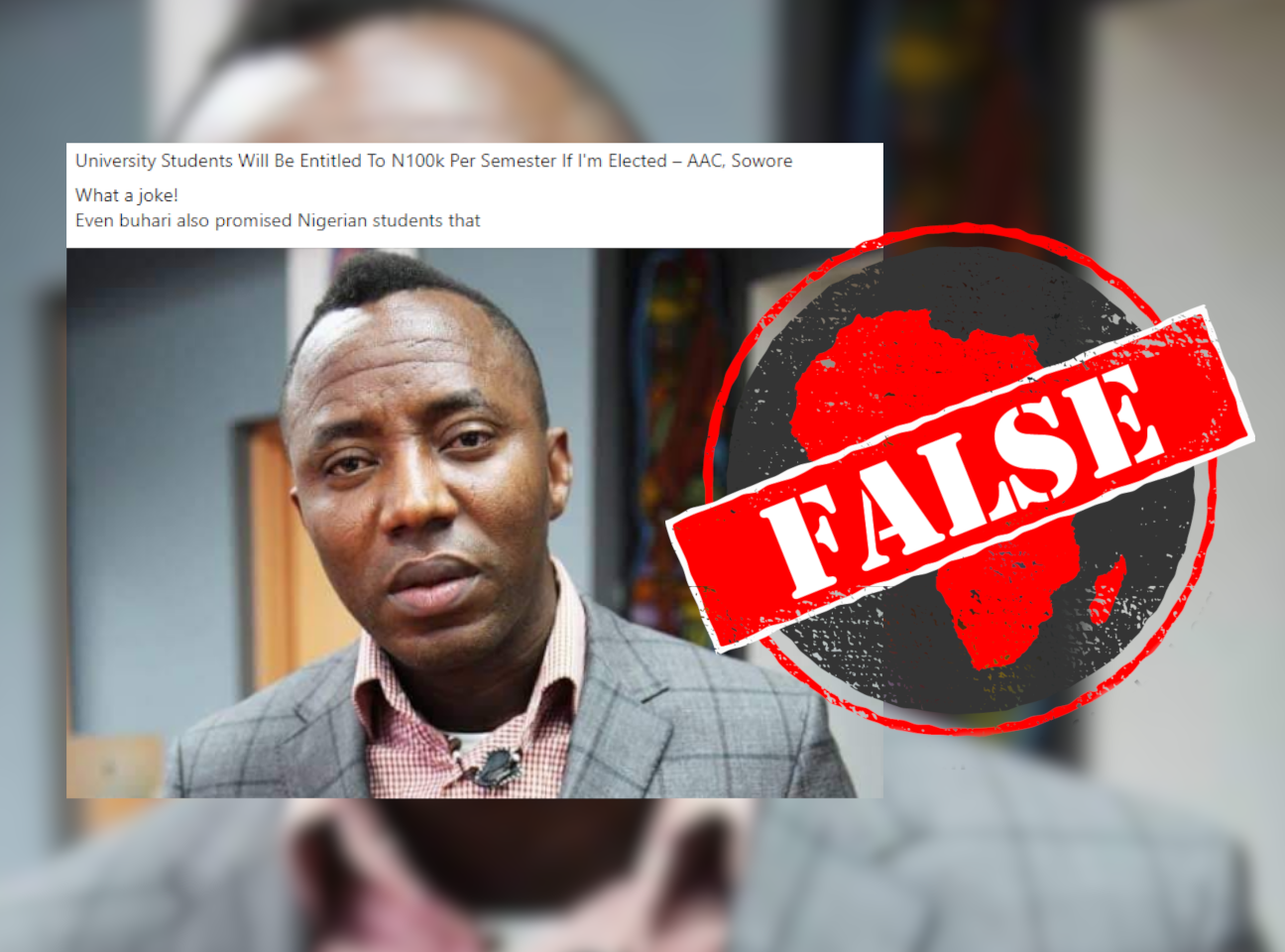 The Facebook posts give no details of when and where Sowore is supposed to have said this. This lack of detail is often a sign that a claim circulating on social media can’t be trusted.

We also found no evidence of the statement by searching through Sowore’s verified Twitter handle.

The quote was not reported by any credible local news media, which would have been the case if it were true.

In June Sowore made comments on the lengthy lecturers’ strike in Nigeria, in a series of tweets on his verified Twitter handle. He urged Nigerian students to “bond together and force this despicable regime to #EndAsuuStrikeNow”.

But we found no evidence that Sowore has said he would give out cash to university students if elected.