IN SHORT: Politicians in Nigeria are not averse to making big promises, but even the influential Bola Tinubu would be doubly wary of promising more than 200 million jobs a year – Nigeria’s total population – or handing out thousands of dollars, including to babies.

A post shared on Facebook in Nigeria claims politician Bola Tinubu has promised he would create 100 million jobs every five months, give “the youth” N3 million monthly (approximately US$7,000) and that every newborn in Nigeria would receive N10 million.

Tinubu is running for president for the All Progressives Congress in the country’s 2023 general elections. The September 2022 post implies he said he’d do these things if he is elected.

The presidential campaigns for the elections are scheduled to begin on 28 September, according to the Independent National Electoral Commission.

We found the same quote published on Facebook here and here.

The posts include links that appear to be to articles giving more details about Tinubu’s statement. But the links are to blog posts, not credible news sites, and give no concrete details about the quote.

So did Tinubu make this statement? We checked. 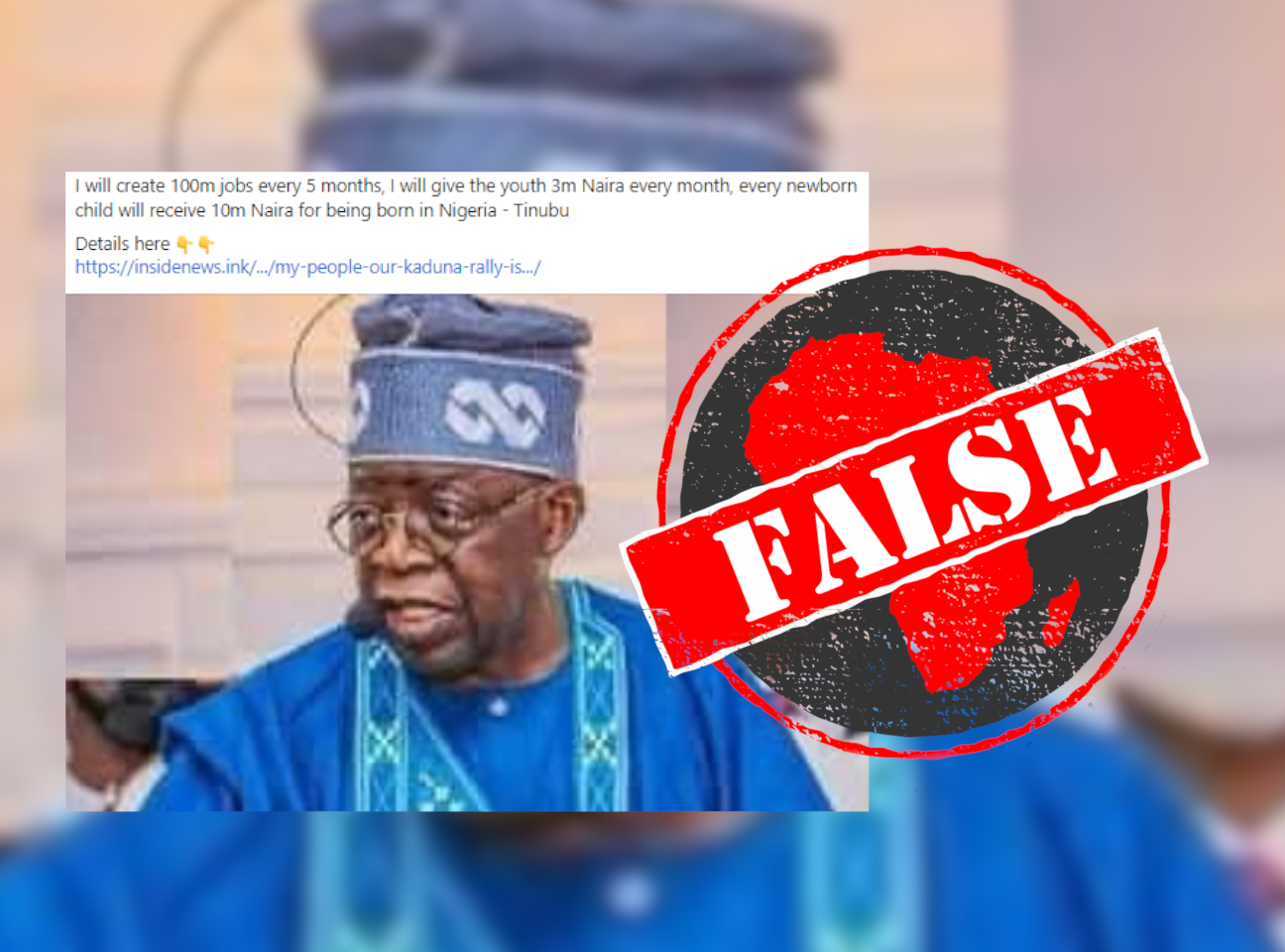 The Facebook posts give no details of when and where Tinubu is alleged to have made these promises, which is often a sign that a claim circulating on social media is false.

We also found no evidence of the statement searching through Tinubu’s verified Twitter handle.

The quote was also not reported by any credible local news media, which would have been the case if it were true.

In March 2022 at a celebration for his birthday Tinunbu implied that the Nigerian government should recruit 50 million young people into its army in order to fight terrorism and other threats facing the country. While Nigeria’s population size is notoriously difficult to estimate, it is believed to be between 200 and 220 million people.

But we could find no evidence Tinubu has said he would create 100 million jobs or give out cash to young people and newborns, if elected.