IN SHORT: Lecturers in Nigeria have been on strike for more than seven months in 2022, with the government often blamed for the impasse. But the minister of education did not claim to be suffering sleepless nights over this, contrary to quotes widely shared on Facebook.

According to a message posted on Facebook, Nigeria’s minister of education Mallam Adamu Adamu has suffered alongside the country’s striking academic staff.

The September 2022 post reads: “BREAKING!!! I have not been sleeping and eating very well since ASUU strike - Minister of Education, Mallam Adamu.”

Members of the Academic Staff Union of Universities (ASUU) started with a one-month strike on 14 February 2022. In end-August the strike was extended indefinitely as the Nigerian government had yet to meet ASUU’s demands for better working conditions and backpay.

But did the minister really say he hadn’t been “sleeping and eating very well” for the previous seven months? 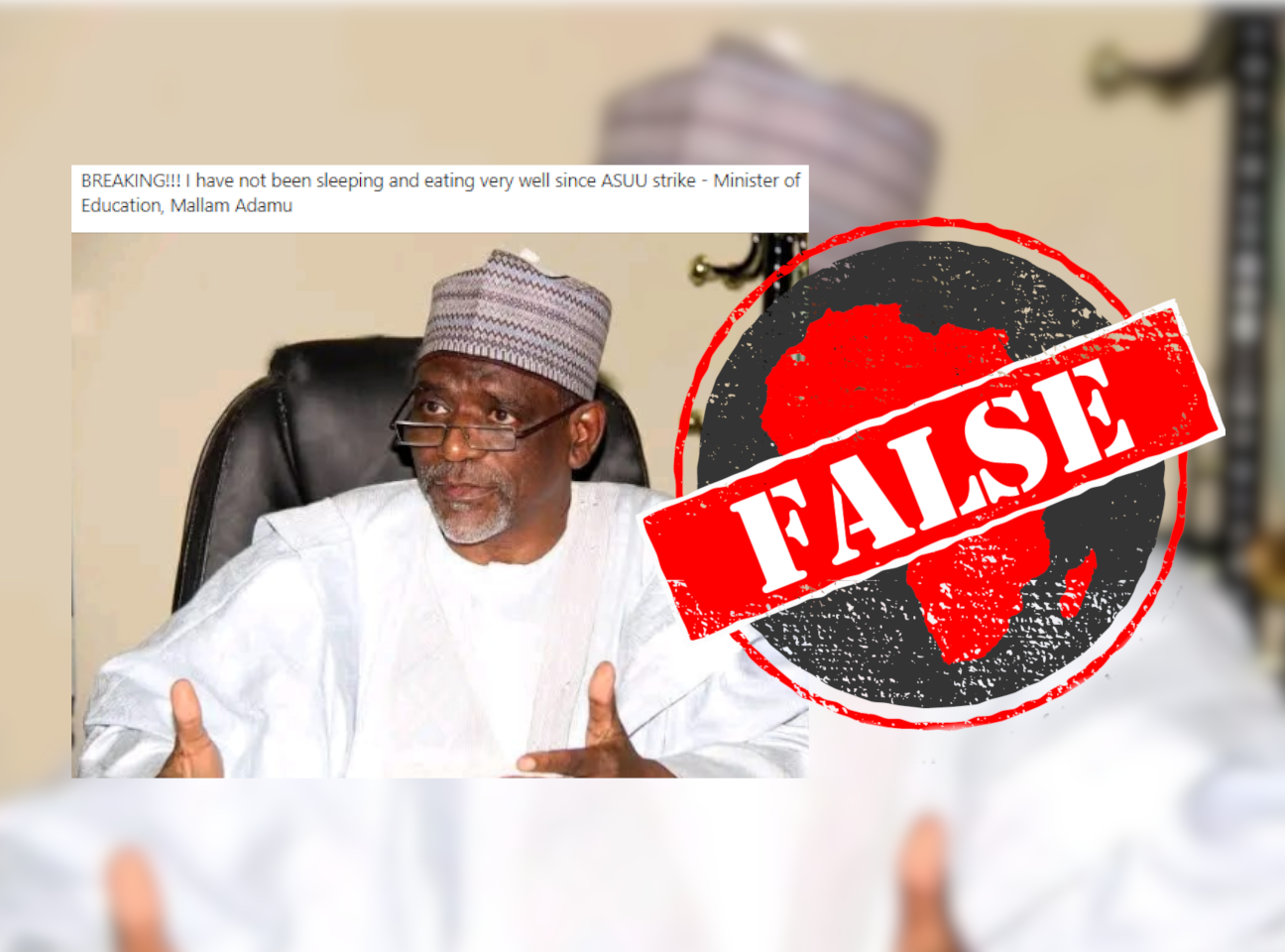 None of the Facebook posts provided details on where or when the minister was meant to have made the comment.

We also found no evidence of the statement on Nigeria’s ministry of education website or on social media pages.

Our checks have also revealed that there have been no recent reports of the statement by credible local news outlets in Nigeria.

Since the strike started the government has held meetings with leaders of the union, but at time of writing the parties had not reached a consensus.