A strange photo has been posted in a public Facebook group in Kenya with the claim it shows “Rigathi gachagua during his days as d.o in molo”.

Rigathi Gachagua is the running mate of Kenyan deputy president William Ruto, who is vying for president in the country’s elections scheduled for 9 August 2022.

The photo shows a man in khaki trousers and a camouflage jacket and hat, pouring some sort of liquid from a yellow jerry can over a seated woman. A young man in the background looks on.

Gachagua served as a district officer, or DO, in the 1990s. There are rumours in Kenya that Gachagua was a cruel officer in the repressive provincial administration system, since restructured, and this photo appears to perpetuate this narrative.

But does this photo show Gachagua in his days as a DO? We checked. 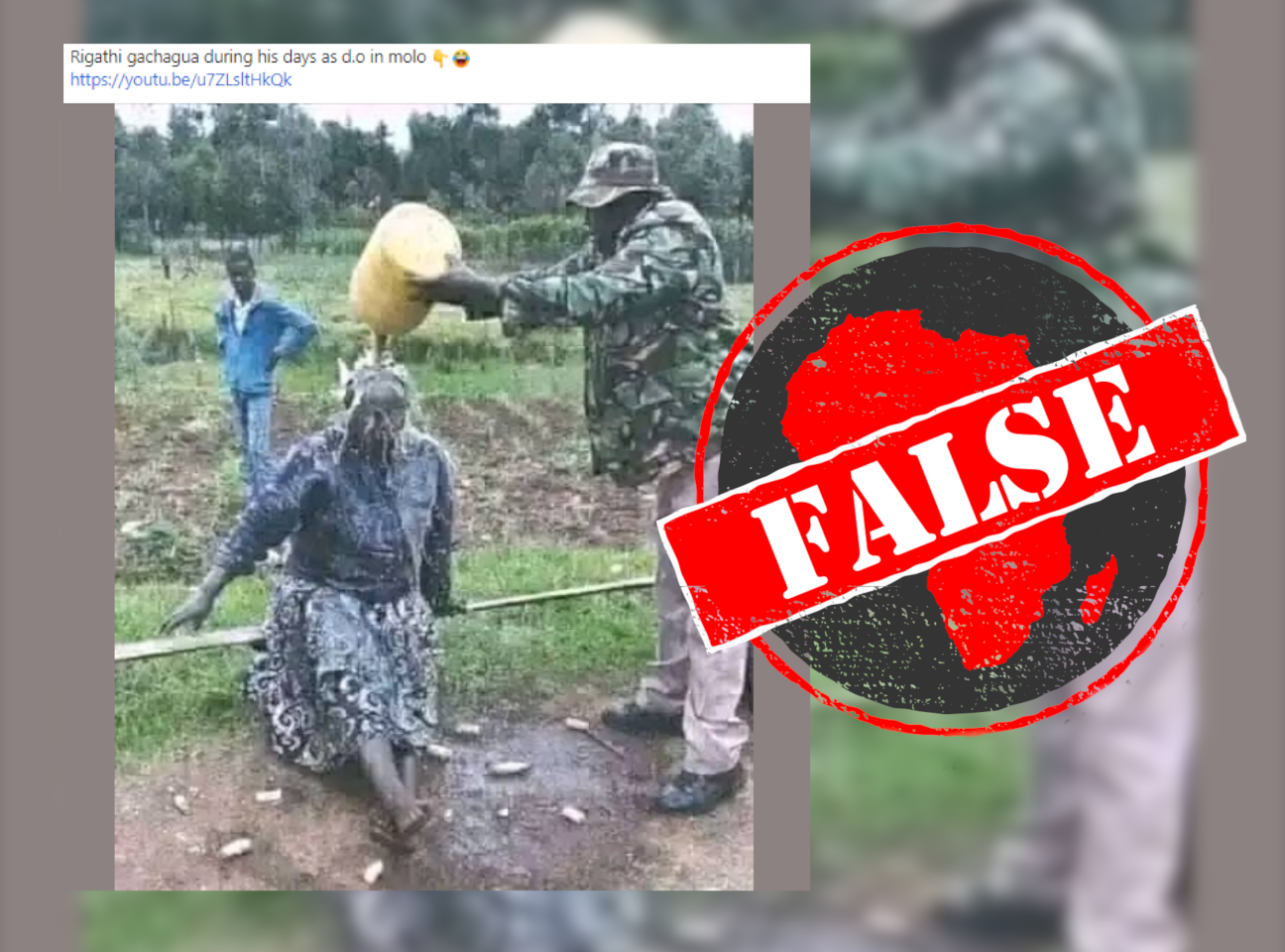 Gachagua not DO in Molo, no evidence photo shows him

Gachagua’s records at the national assembly do not show that he served in Molo, a town about 200 kilometres to the northwest of the Kenyan capital, Nairobi.

He served as district officer in Kakamega district from 1995 to 1996, about another 160 kilometres northwest of Molo. He was DO in charge of Ng’arua division in the Laikipia district, about 75 kilometres north of Molo, between 1997 and 1999.

Africa Check did a Google reverse image search of the photo and it led us to an article from 12 April 2020.

According to the article, the same photo had gone viral, with claims it showed a chief from Turbo constituency in Uasin Gishu county – even further from Molo – pouring hot liquid on an elderly woman.

Another news site reported the liquid was hot chang’aa, a traditional home-brewed liquor.

While we couldn’t trace the origin of the photo, there is no evidence that it shows Gachagua. And he wasn’t a district officer in either Molo, as claimed on social media, or Turbo, where the photo was allegedly taken.