This translates as: “Those people with small parties like Moses Kuria, Mwangi Kiunjuri and Kabogo have started threatening us that they will leave Kenya Kwanza if we don't listen to them.”

Adding: “We have told them to leave and join Azimio. Are they the only ones with votes? They should stop those games they are bringing to Kenya Kwanza to destabilise it.”

The quote started circulating just days after Kuria and Kabogo accused Kenya Kwanza of undermining them in their campaigns. Kiunjuri has also raised complaints about the alliance’s leadership.

But has Gachagua told them to leave? We checked. 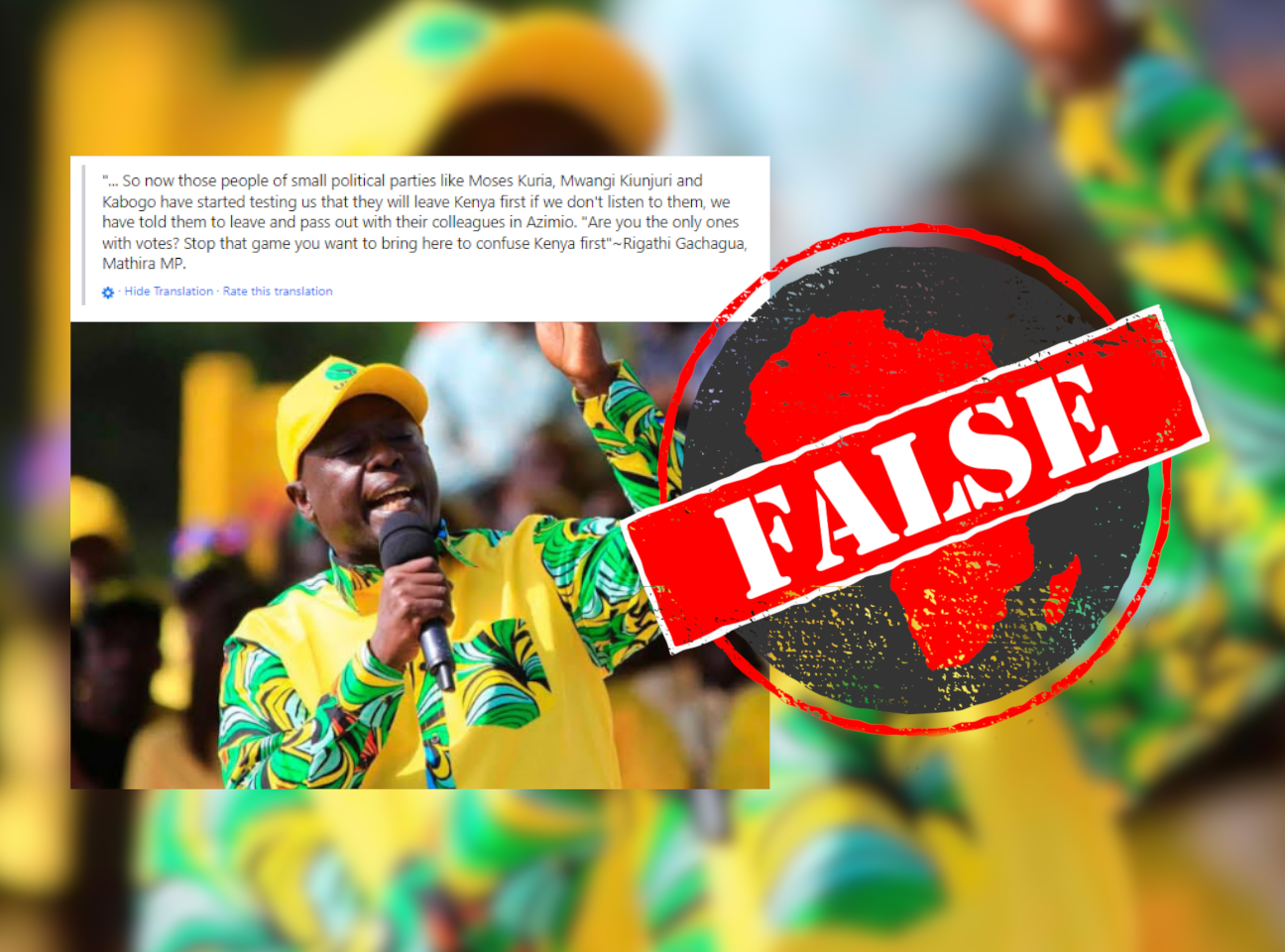 Senior political leaders in Kenya are usually careful with their choice of words. Their rivals could easily capitalise on careless remarks to paint them in a bad light and win some of their supporters.

Besides, such harsh sentiments would be picked up by the mainstream media. But no such quote has been broadcast or published.

There is no evidence the politician said this, or that any media house quoted him as saying it.