“Breaking news Uganda … Bobi Wine’s life is in great danger,” reads the text on what appears to be a screenshot of a CNN news broadcast, shared on Facebook.

The screenshot shows two photos side by side. One is of Uganda’s opposition leader Robert Kyangulanyi, popularly known as Bobi Wine, apparently being interviewed, while the other shows a man wielding a knife.

The implication appears to be that the man with the knife was about to attack Wine, although there are clearly two photos, slightly blurred together.

The image’s caption reads: “A Soulja Tried to kill Our President ...”

The post includes a link to a video that is the source of the interview photo.

After a campaign marred with violence, Uganda held a general election on 14 January 2021 and days later, president Yoweri Museveni was declared the winner. Museveni has been in power since 1986.

Wine called for the rejection of the election results, citing illegalities. He tweeted and spoke to the press about his fears for his life.

But does the circulating screenshot really show a CNN report about a knife-wielding soldier attempting to attack Wine? We checked. 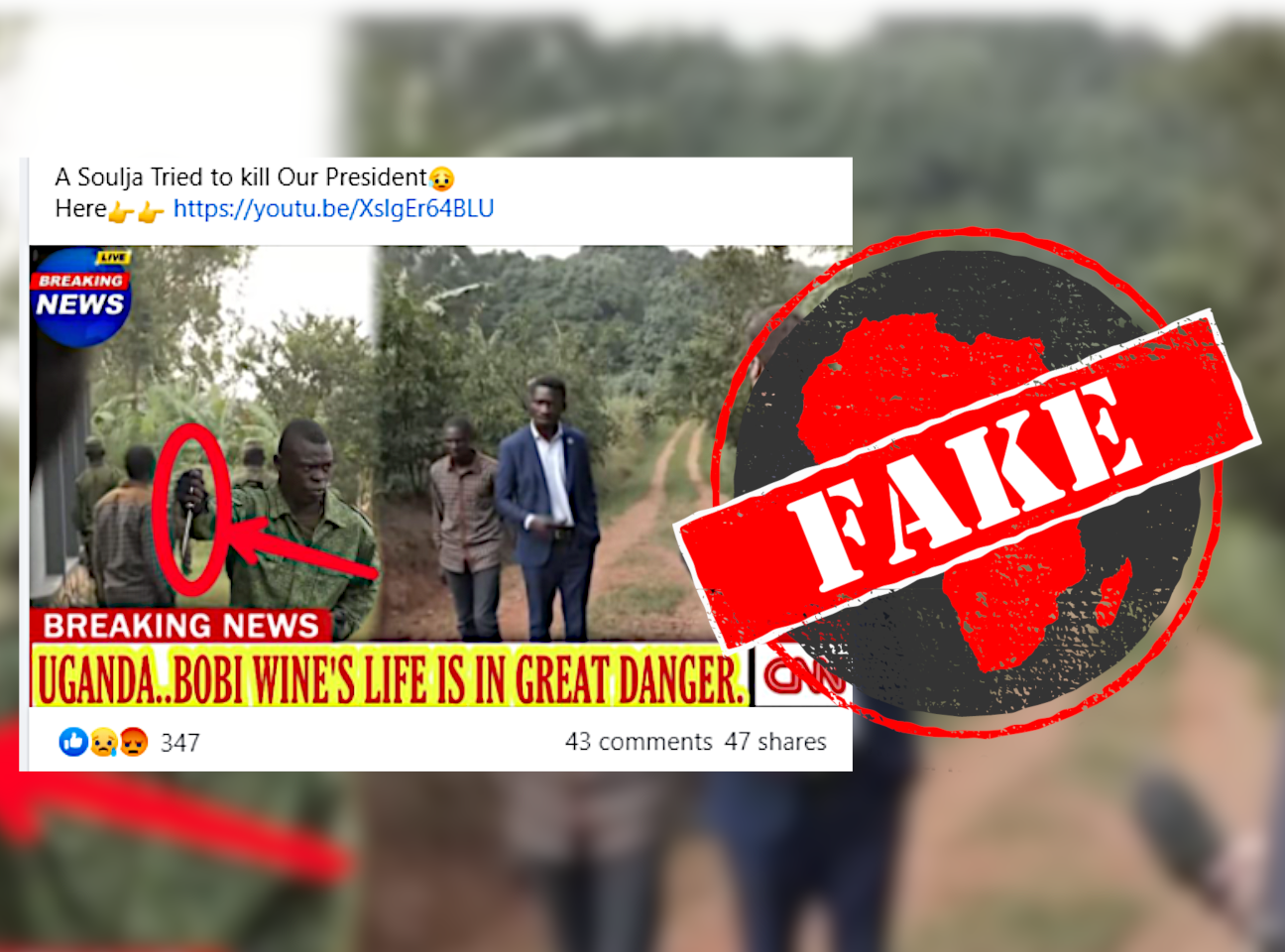 No evidence linking photo of soldier to Bobi Wine

The video linked to in the post shows soldiers armed with machine guns appearing to threaten Wine, the film crew and journalist, who sounds British. But there is no footage of a soldier attempting to attack Wine with a knife.

A Yandex reverse image search of the photo of the soldier revealed that it was pulled from a video shared on news organisation Al Jazeera’s website in April 2019.

We could also not find any similar reports or articles by US-based news organisation CNN.

The screenshot has been doctored, and does not show a Ugandan soldier about to attack Wine.

Did President Museveni get his facts right about Uganda’s development?

The president was also mostly correct in his claim about rising adult literacy.