Following the arrest and reported torture of Ugandan novelist and government critic Kakwenza Rukirabashaija on 28 December 2021, a screenshot of a sinister tweet was posted on Facebook.

The tweet appears to be from Lt Gen Muhoozi Kainerugaba. Kainerugaba is the son of Ugandan president Yoweri Museveni and the commander of land forces of the country’s military.

The tweet in the screenshot reads: “I want the arrest of @KakwenzaRukira to be a lesson to all those who think they can abuse me on social media and walk away scot free. Whereas we have freedom of speech in Uganda, there should be a limit.” 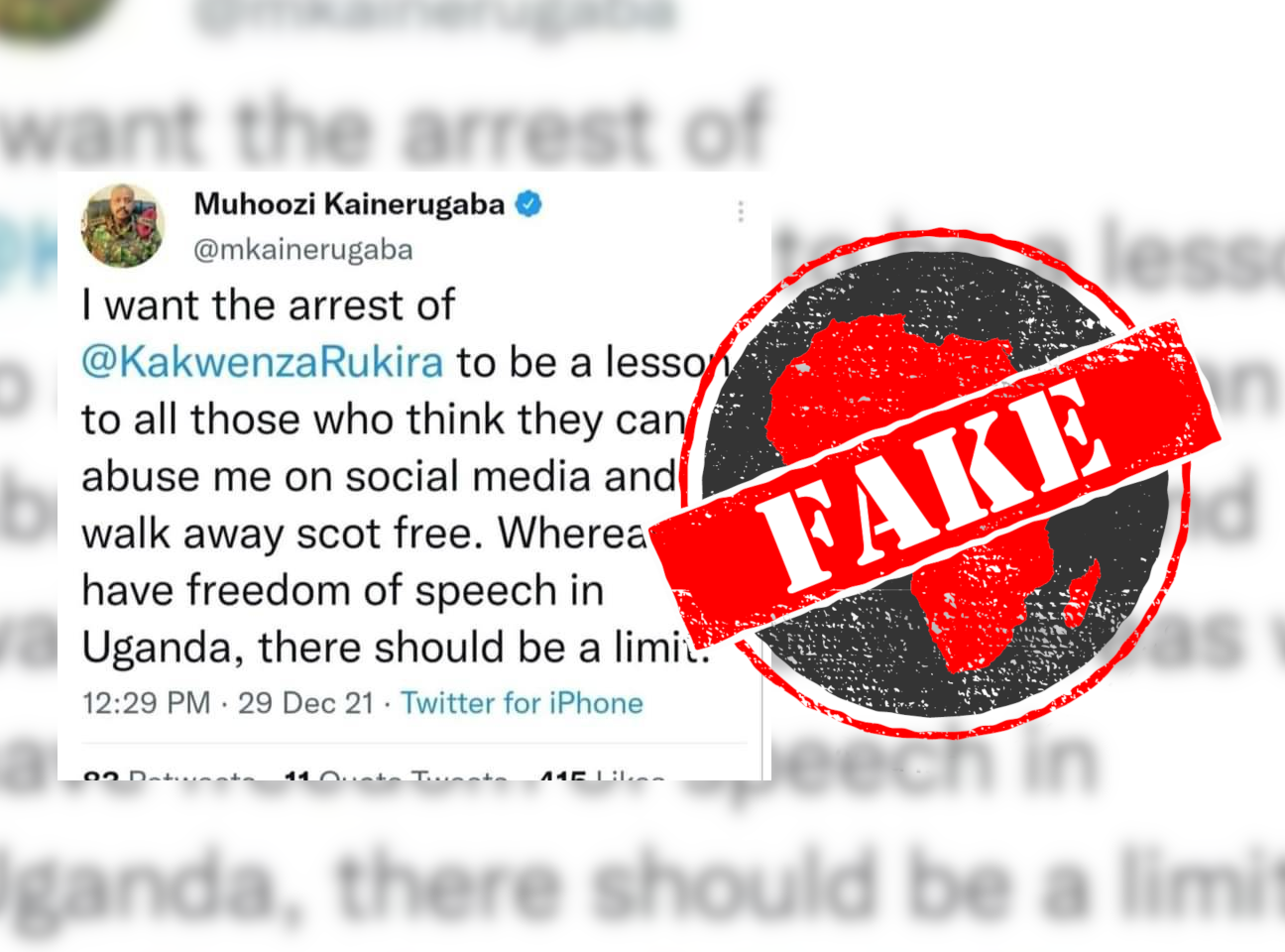 But Kainerugaba did retweet a post from Christopher Magezi, the director of information in the Ugandan military.

Magezi shared the screenshot circulating on social media, stamped “Fake News” in red. He captioned it: “The reference by Kakwenza’s legal representatives to a bogus tweet (frame 1) is quite disgraceful. It only perpetuates the repulsive practice by some wayward elements in our society that forgery, disinformation & wanton abuse on social media is okay and without consequence. Sad!”

Magezi also told a Ugandan digital news platform that the tweet was “fabricated”. The news site Chimp Reports also fact-checked the claim and found it false.

We could find no evidence Kainerugaba tweeted anything like it.