IN SHORT: There have been no news reports or announcements that Larry Ellison, head of the Oracle software company, has donated US$1 million to Nigerian presidential candidate Peter Obi’s campaign, which would have been illegal. And Obi has denied receiving the donation.

Ellison is a US businessperson and the co-founder and chief executive of Oracle, a software company.

But has Ellison donated US$1 million to Obi’s campaign and offered to set up an aircraft manufacturing company in Nigeria if he wins the presidency? We checked. 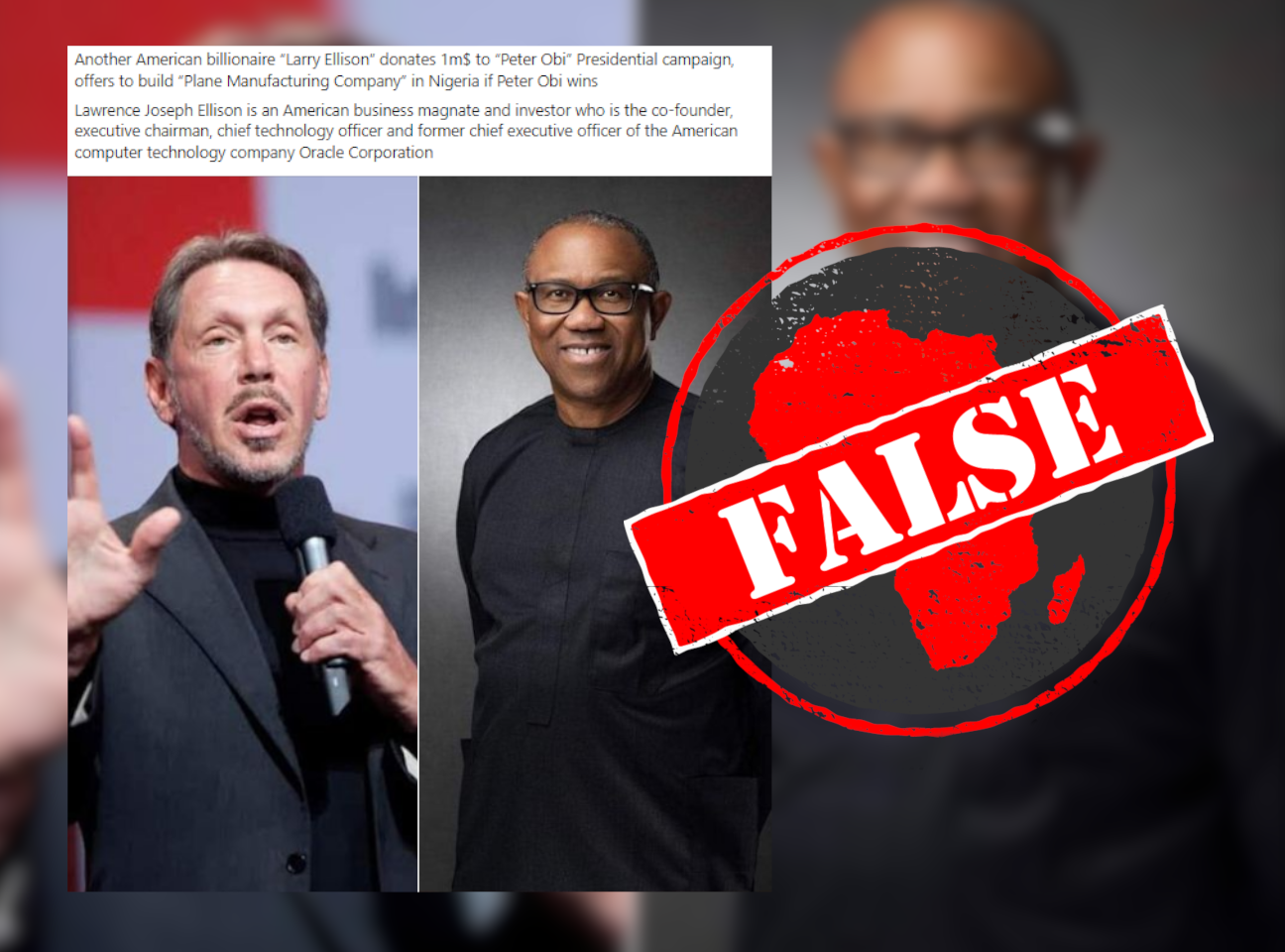 No evidence of donation

There are no details in the Facebook post of where and when Ellison made the offer. An absence of details is often a red flag that a claim on social media is false.

We searched for news reports of the donation in mainstream US and Nigerian media and found nothing. If it were true, it would have been widely covered.

And Obi has denied that the US billionaire is bankrolling his campaign.