IN SHORT: Numerous social media posts claim US funny man Steve Harvey is in Nigeria to campaign for Peter Obi, the presidential candidate for the Labour Party. But there’s no evidence to support it.

A post on Facebook in Nigeria claims US-based TV host Steve Harvey has visited the country to campaign for Peter Obi.

“According to Steve Harvey, he is in Nigeria for Peter Obi who he believes so much in.”

The claim was repeated in other Facebook posts here, here, here and here.

But has Harvey visited Nigeria to campaign for Obi? We checked. 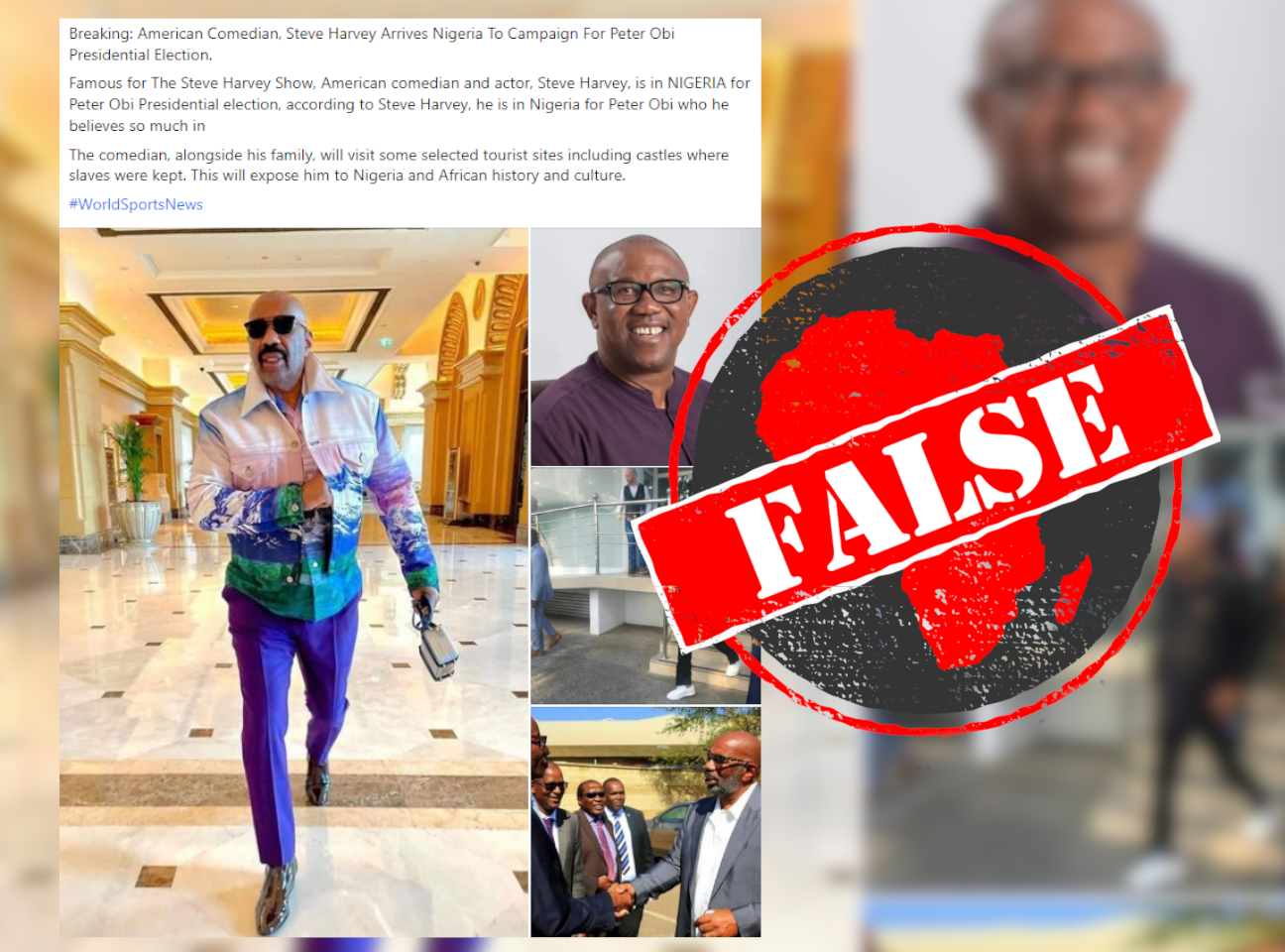 A visit from a foreign celebrity like Harvey would have also been reported by major news outlets in the country but there have been no such media reports.

A Google reverse image search of the photos attached to the post revealed that the first picture was posted on the actor’s Instagram on 30 March.

The photo was captioned: “Switched location to Abu Dhabi.” Abu Dhabi is the capital of the United Arab Emirates, a country in Western Asia.

Google Image search results also showed that the other two photos of Harvey included in the post first appeared online in 2019 when he visited Ghana and met with Nonofo Molefhi, Botswana’s presidential affairs minister at the time.

There is no evidence that Steve Harvey has visited Nigeria to campaign for Peter Obi.