“VIHIGA MAN IN RUTO’S ANGRY OUTBURST FOUND DEAD,” reads the headline on what seems to be a screenshot of a Citizen Digital article, circulating on Facebook in Kenya in July 2022.

“The body of a young man who was a victim of an angry outburst by Deputy President William Ruto in Vihiga has been found on the roadside near Maragoli forest,” the text below adds.

“The DP lashed at the young man, who has since been identified as Danson Avula, for shouting ‘Azimio’ during a rally in Vihiga earlier today.”

The graphic first appeared hours after Kenyan deputy president and presidential candidate William Ruto lectured a heckler from a rival faction during a political rally in Vihiga county on 13 July.

This translates as: “Young man, stop shouting me down. Who are you to shout at me? If you have come to disrupt this political meeting, leave.”

According to the screenshot, the body of the victim was transferred to Vihiga hospital mortuary and investigations are ongoing.

The screenshot has been posted here, here, here and here.

But did Citizen Digital really report that a heckler at Ruto’s Vihiga rally had later been found dead? 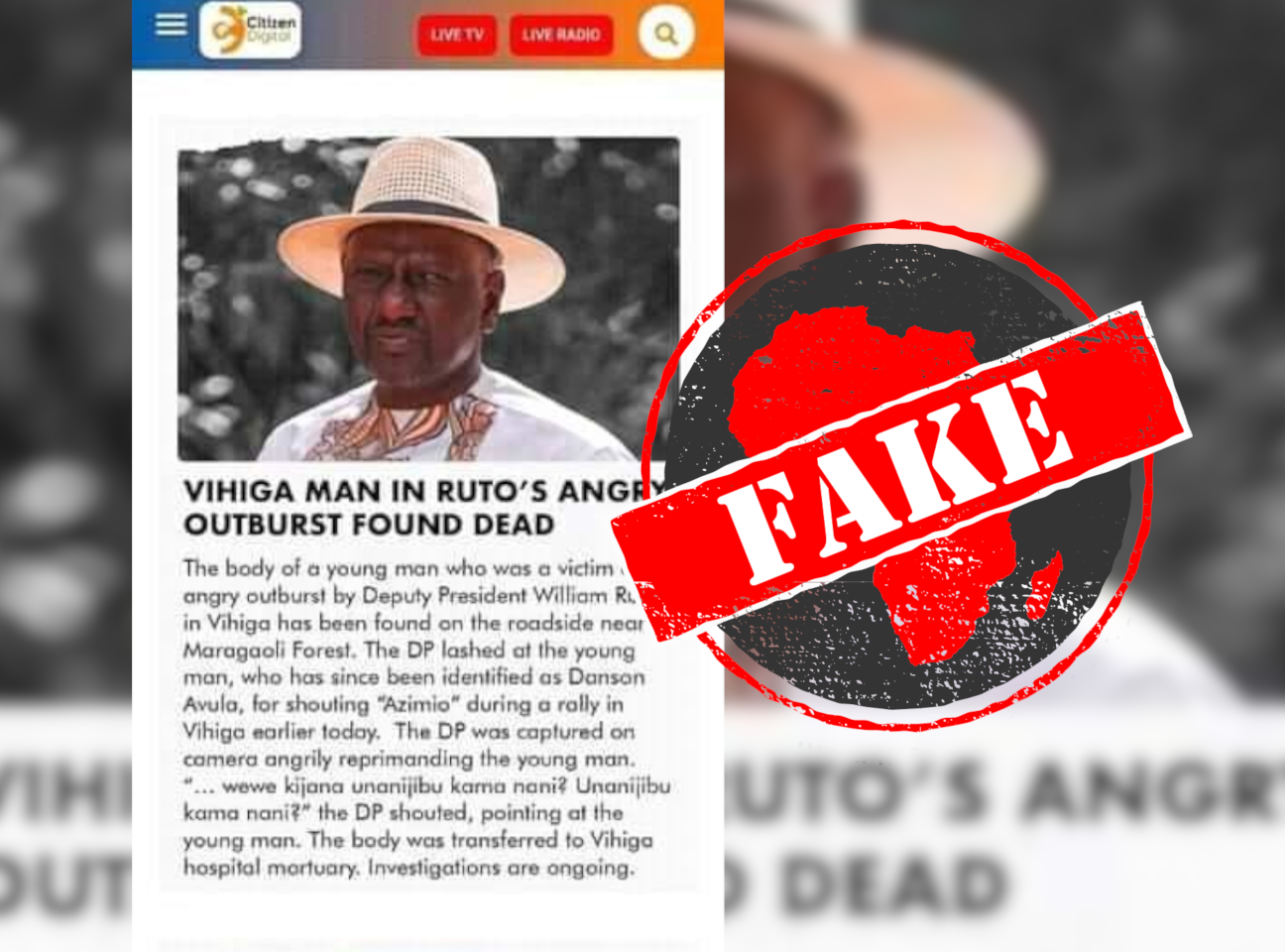 No reports by police, media or human rights groups

Africa Check searched for the article in the Citizen Digital website and came up empty.

Kenya’s National Police Service uses its Facebook and Twitter accounts to report major political incidents across the country. These include updates on political deaths or disruptions. But days after the rally, there has been no police report of a Danson Avula being found dead.

Such a death linked to politics would attract immediate media attention and human rights activists’ condemnation, as happened in the past. But there have been none.

There is no evidence the heckler has died.