A video posted on Facebook on 15 November 2021 claims Nigeria’s president Muhammadu Buhari died during a medical trip to the United Kingdom in 2017.

In the video a Nigerian man comments on video clips and stills of a man he says is a British politician, who is accusing the UK government of covering up “Buhari’s death”.

The man ends his speech with “it’s a total cover-up by a totally corrupt government. But when Biafra comes then we will see who laughs because it won’t be the UK. All hail Biafra!”.

He appears to be at a protest rally by members of the Indigenous People of Biafra (Ipob) in the UK, as people around him hold Biafran flags.

The video has been shared over 2,400 times and viewed over 44,000 times. It is captioned: “BREAKING NEWS FINALLY CONFIRMED BY A BRITISH POLITICIAN BUHARI IS DEAD, IN LONDON 2017. HEAR A BRITISH POLITICIAN CONFIRM WHAT WE ALL SUSPECTED. BUHARI DIED 2017, NIGERIA ISN A FRAUD!”

Is this shocking news true? 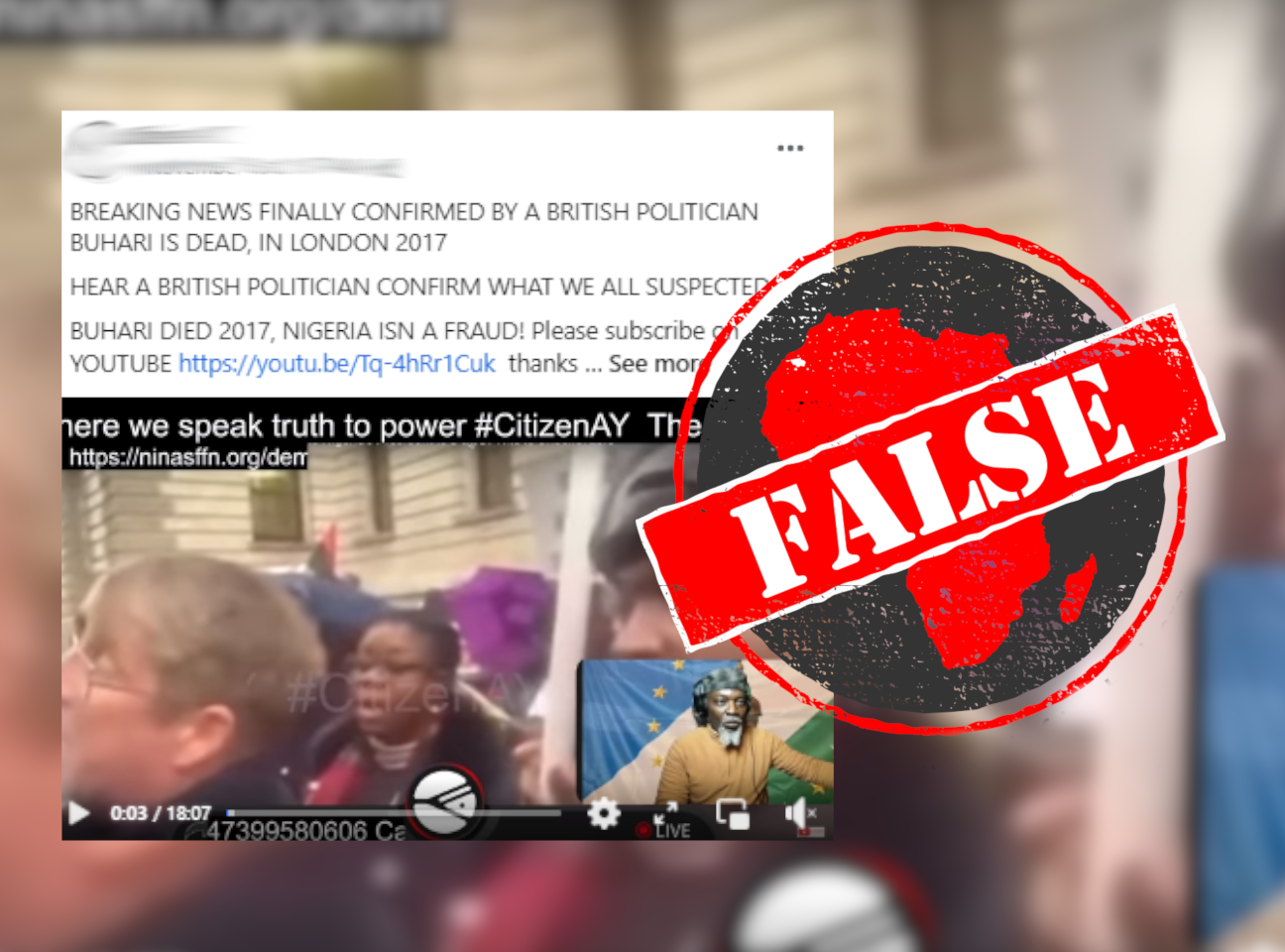 Africa Check has debunked similar claims about the death of the president before. These have usually been made by people linked to pro-Biafran agitation, such as leaders of Ipob.

Ipob is a proscribed group pushing for the secession of southeastern Nigeria and the establishment of an independent state of Biafra. In 1967 such a secession led to a 30-month civil war.

Some previous false claims that Buhari had died said he had been replaced with a lookalike or clone and that his wife knew about the cover-up.

Like previous claims made as far back as 2018, there is no clear or compelling evidence for Buhari’s death in this video.