IN SHORT: Twitter has been abuzz with claims that PayPal has reinstated a policy that could see the company fining users who promote misinformation US$2,500 per violation. But this itself is misinformation – PayPal retracted the document and the policy, while not new, has not been “reinstated”.

In early November 2022, financial technology company PayPal published a document to their website that appeared to be an update to the company’s acceptable use policy (AUP).

It included a section that said anything promoting misinformation was prohibited, and prohibited acts would violate policy that may “subject [the user] to damages, including liquidated damages of $2,500.00 US dollars per violation”.

This would be an unusual sanction – is it accurate? 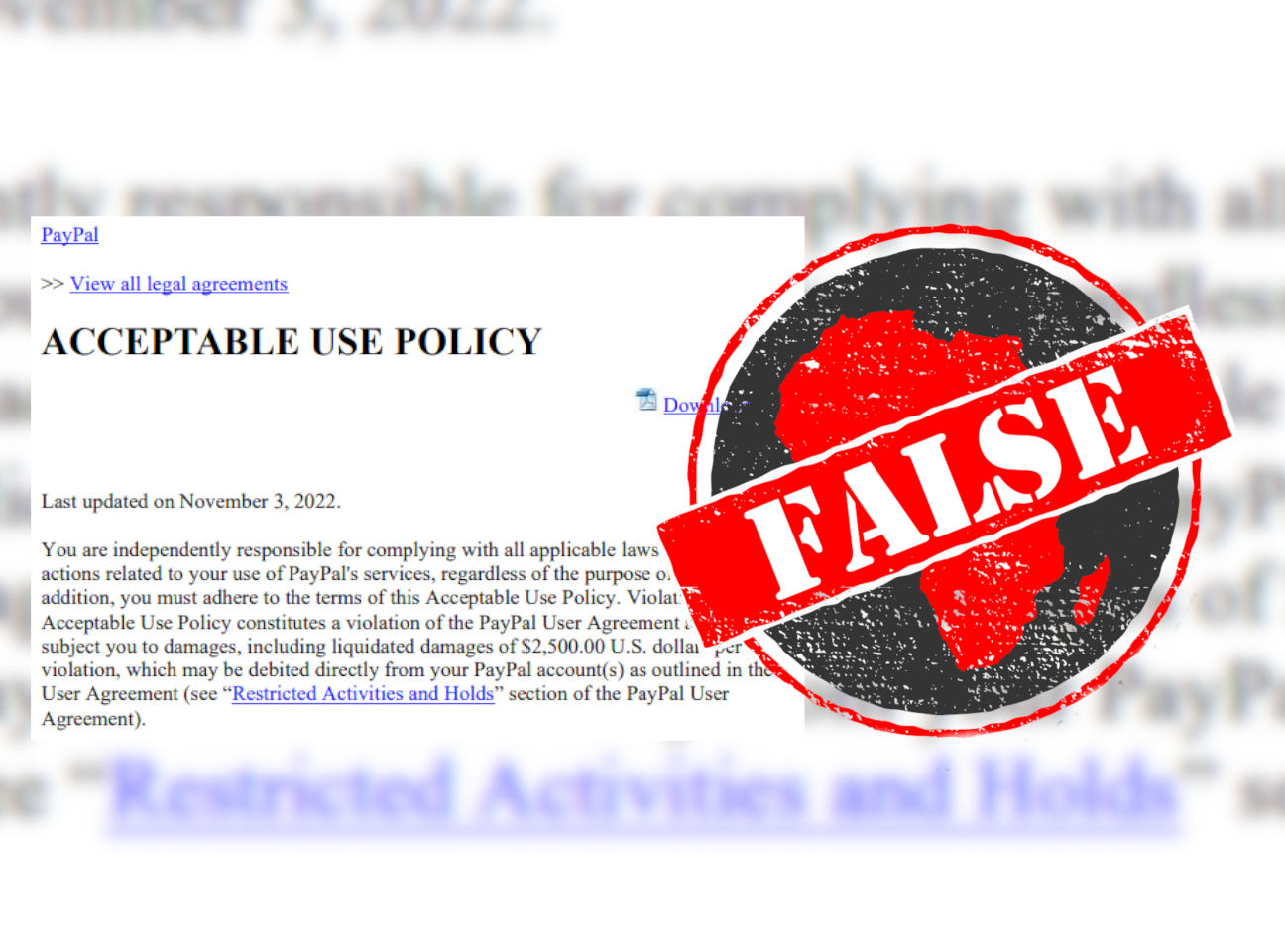 The news drew criticism on Twitter from the likes of PayPal’s former president David Marcus, and PayPal cofounder and Twitter owner Elon Musk. But the document was quickly retracted by PayPal, and has not since been “reinstated”. A spokesperson clarified that the document “went out in error” and had included incorrect information.

After the retraction, social media posts still claimed the policy had been reinstated. But the company did not reinstate this document. And, as multiple fact-checks have reported, the recent posts are confusing the terms of PayPal’s AUP and its user agreement.

The user agreement does prohibit users providing “false, inaccurate or misleading information”, along with a list of other prohibited activities, like transacting with fraudulent funds or trading counterfeit goods.

A PayPal spokesperson told USA today that the purpose of the AUP was to protect users. “PayPal’s long-standing acceptable use policy serves to help protect customers and our payments platform against illicit and fraudulent activity,” they said.

In some circumstances, the spokesperson said, users could be liable for damages from violating the AUP. But, as fact-checking organisation Verify reported, PayPal said they were “not fining people for misinformation”, and that “this language was never intended to be inserted in our policy”.

And as AFP reported, the agreement updates are not new. They have been in the company’s policy since September 2021.

[email protected]: Current and past editors reflect on a steady mission, but with vastly expanded horizons

As the continent’s first independent fact-checking organisation marks its first decade, those who have been at the helm look back on the jou...