IN SHORT: A news headline doing the rounds since 21 October 2022 claims “Monday” will be a public holiday in Kenya. Monday would be 24 October, the start of Diwali. But the headline is from an article published in December 2021.

“Matiangi declares Monday a public holiday – KBC,” reads a headline that seems to come from an article by the state-owned Kenya Broadcasting Corporation, or KBC. A screenshot of the headline started circulating on Facebook on 21 October 2022.

The screenshot was also sent to Africa Check’s WhatsApp line on 23 October. It can be seen here, here, here and here on Facebook.

Kenya has two public holidays in October. Utamaduni Day on the 10th celebrates cultural diversity and heritage, and Mashujaa Day – Heroes’ Day – on 20 October honours Kenyans who fought for independence from Britain.

The Hindu festival of Diwali begins on Monday 24 October this year, leading people to ask if the day would also be declared a public holiday.

Has it been? We checked. 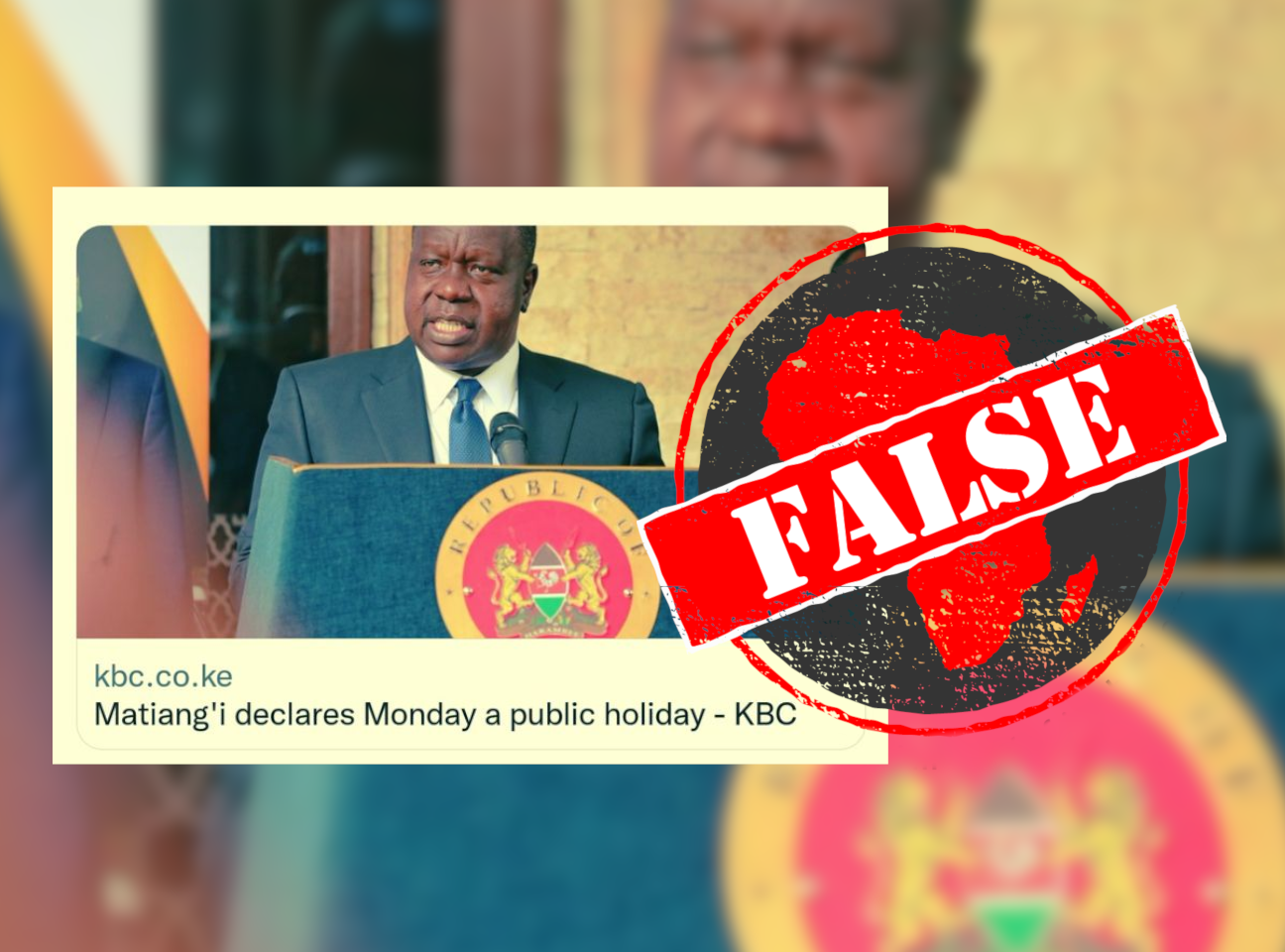 A Google Lens reverse image search of the screenshot reveals that KBC published a news article with that headline on 9 December 2021.

The Monday being declared a public holiday was 13 December 2021. This was because Jamhuri Day, normally marked on 12 December every year, had fallen on a Sunday. The holiday marks the date in 1963 that Kenya gained independence.

Kenya’s public holidays act requires that when a holiday falls on a Sunday, it is deferred to the next day that is not a public holiday. Generally, this means that if it’s on a Sunday it’s celebrated on the Monday.

On 23 October, the Kenyan interior ministry said it had not declared Monday 24 October 2022 a public holiday.

Kenyan media also reported that Monday would not be a public holiday.