On 28 July 2022, a quote attributed to former Kenyan chief justice Willy Mutunga was posted on Facebook with the claim that he said the election was decided when Martha Karua became Raila Odinga’s running mate.

The graphic shows a photo of Mutunga. Text under it reads: “This election was won the day SC Martha Karua joined the contest as Raila’s running mate. It goes without saying, this is where Kenyans feel safe.”

An SC is a senior counsel, an advocate who may argue cases in court, advised by an attorney.

Odinga is the presidential candidate of the Azimio la Umoja One Kenya coalition. On 16 May he picked Karua, a lawyer and former justice minister, as his running mate.

If their ticket wins the 9 August general elections, she would become Kenya’s first female deputy president.

The graphic has the logo and branding of the popular news site Kenyans.co.ke. It has also been shared here, here, here and here.

An endorsement by Mutunga would be welcome by any of the two leading coalitions hoping to win the presidency. Odinga’s rival coalition is Kenya Kwanza, headed by current deputy president William Ruto.

But did Kenyans.co.ke really quote Mutunga as saying this? 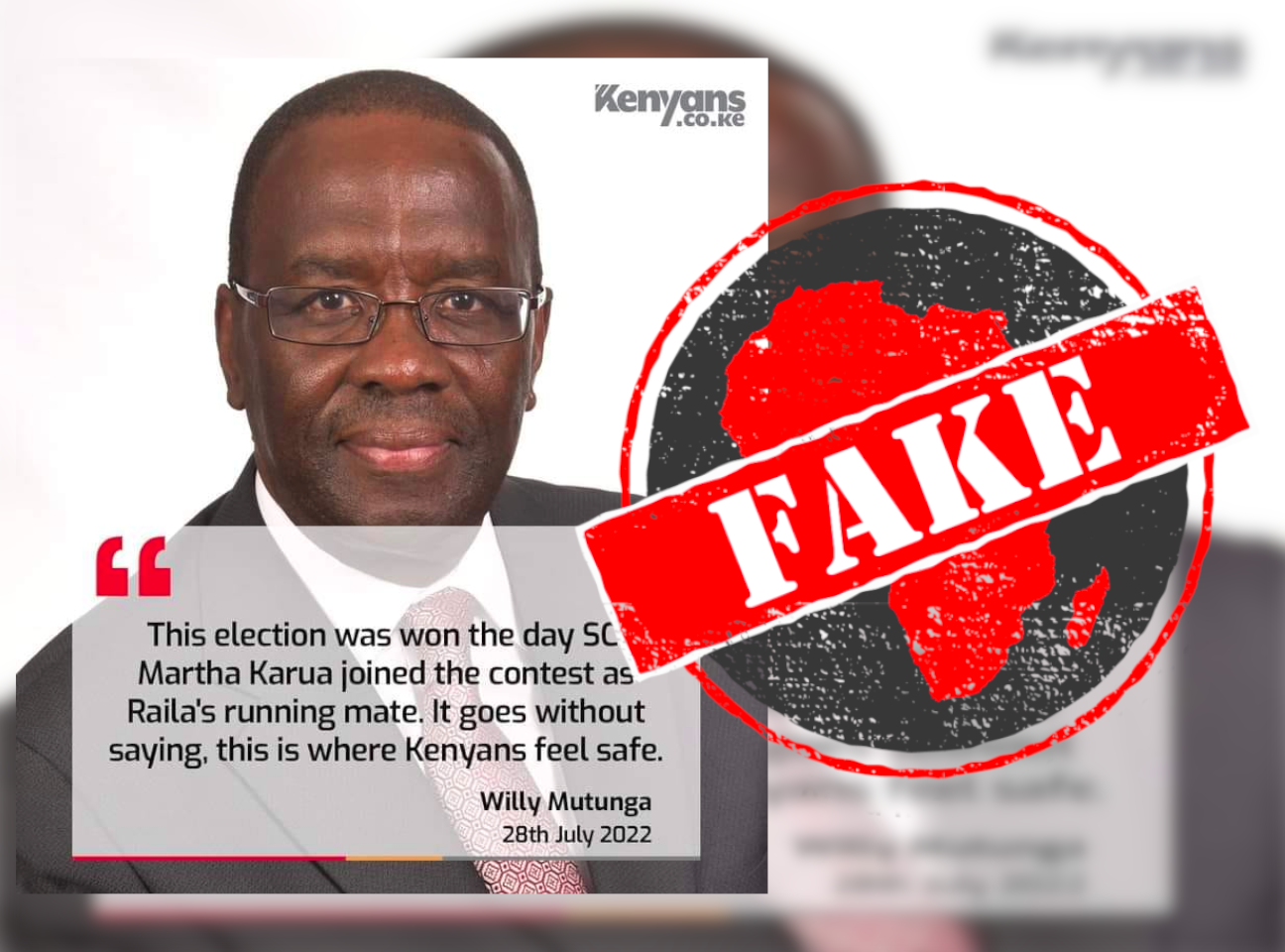 “This post did not emanate from our media house. It does not conform to the in-house branding rules and did not go through the multiple approval checks set in place to prevent misreporting,” the publication said.

“We, therefore, flag it as FAKE. For official communication from Kenyans.co.ke, always visit the official website and verified social media pages.”

And Mutunga has posted the graphic on Twitter, dismissing it as “FAKE AND SCANDALOUS”.