IN SHORT: Former Kenyan TV anchor Jacque Maribe has been fighting charges of murder since 2019. An appointment as a spokesperson in the country's new presidency would have been newsworthy – but it didn’t happen.

The 26 September 2022 post also includes two photos, one of Gachagua and the other of Maribe.

Such an appointment would be newsworthy because Maribe was charged with murder in 2019.

On 19 September 2018, Kenyan business executive Monica Kimani was found dead in her apartment in the capital Nairobi.

Investigators later in court cited as suspects for her murder Maribe, at the time a high-flying anchor at popular TV station Citizen, and her fiancé Joseph Irungu, popularly known as Jowie.

Maribe dropped off Kenya’s TV screens following the case. She later ran a YouTube channel where she interviewed local politicians.

Parties in the case were set to appear in court on 30 September.

Reports of Maribe’s appointment in the new government, elected to power in the August 2022 elections, have also been posted here, here, here and here.

But has she really been appointed the director of communications in the deputy president’s office? 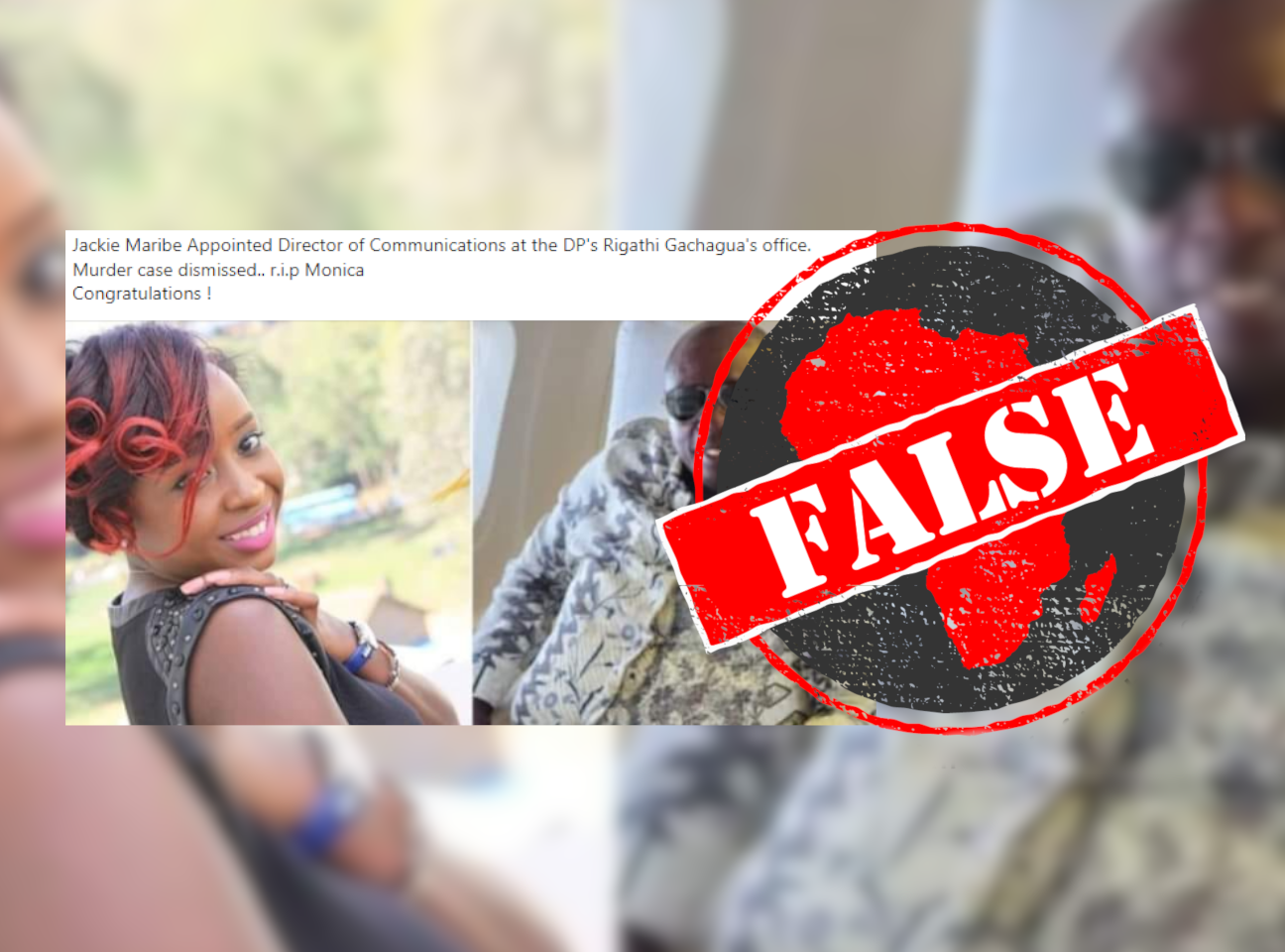 The murder trial has been closely followed by the media. The dismissal of Maribe’s case or her appointment to government would have been covered in detail. We found no such reports.

She wrote: “I am not the Director of Communications at the Deputy President’s Office. Thank you for the well wishes calls and texts. Mambo ya God.” The last part, translated loosely from Kiswahili, means “God’s ways”.

The deputy president had yet to appoint a communications director at time of writing.