A quote attributed to former Kenyan chief justice David Maraga has been widely published on Facebook, with one post attracting 1,100 comments.

According to the posts, published late August 2022, Maraga said: “Dr. William Samoei Ruto won fairly and squarely on the just concluded Presidential Elections and he should be sworn in on 30th of August.”

The quote continues: “I don't know why the outgoing President Uhuru Kenyatta is still pressurizing the Supreme Court to nullify the Elections in favor of AZIMIO La UMOJA which was defeated in day broadlight.”

“We are very aware that Uhuru Kenyatta still wants to extend his term upto October which is an insult to our Economy. He should let Dr. William Ruto's victory take this Nation forward for the Next 5 Years when Kenyans will be back to ballot,” the quote ends.

The post includes a photo of Maraga, who was chief justice between October 2016 and January 2021. He was part of the supreme court that in a historical decision nullified the 2017 presidential election where Odinga lost to outgoing president Uhuru Kenyatta.

Kenyans voted on 9 August 2022. The frontrunners for the presidency were deputy president William Ruto of the United Democratic Alliance and Raila Odinga of the Azimio la Umoja-One Kenya coalition.

Kenyatta endorsed Odinga for the presidency.

On 15 August the Independent Electoral and Boundaries Coalition chairperson Wafula Chebukati declared Ruto the president-elect with 7,176,141 votes, edging out Odinga who received 6,942,930 votes.

Odinga has rejected the election results and filed a petition at the supreme court to challenge it. The court will make its ruling on 5 September. 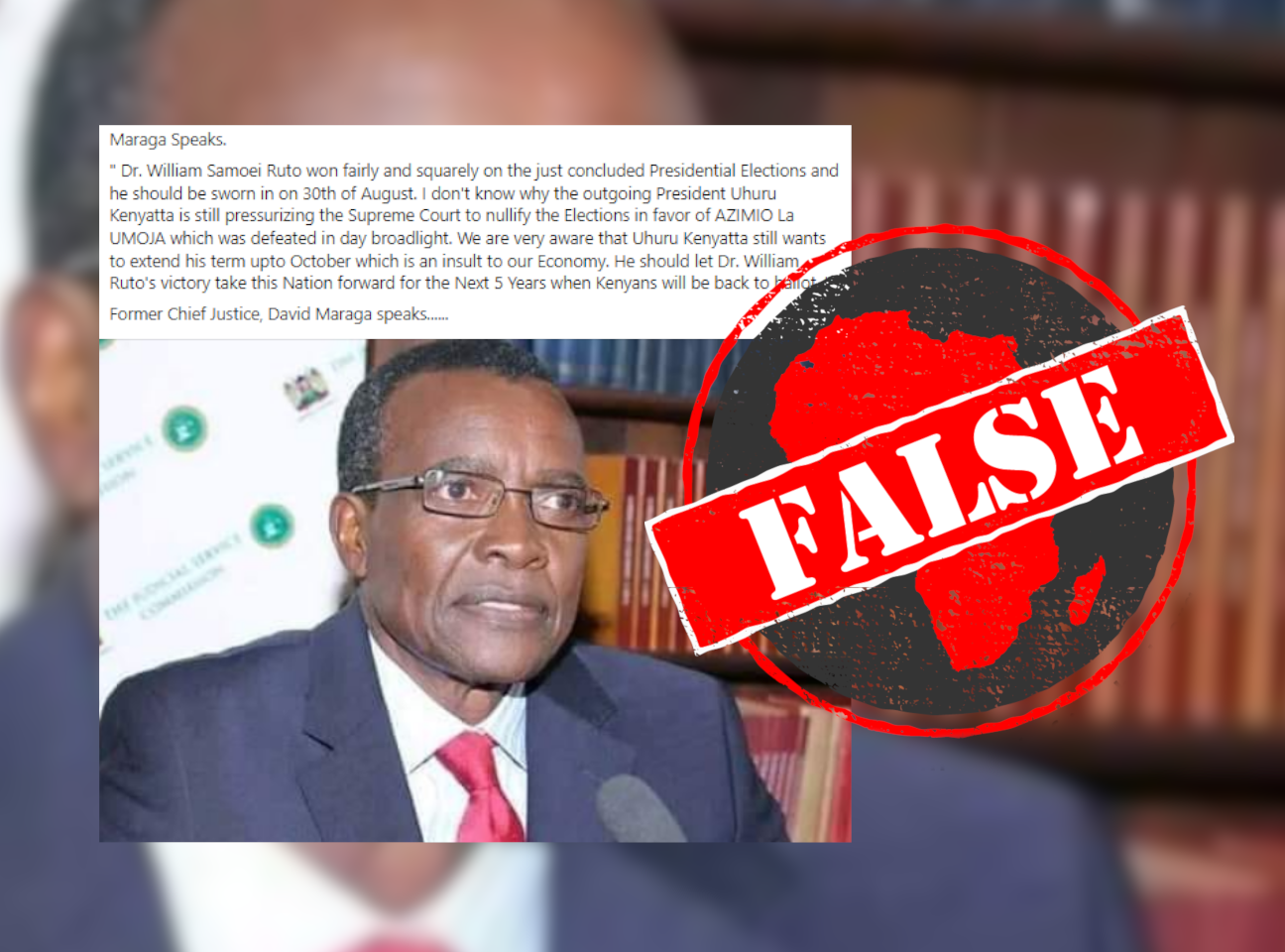 Such a statement from the former chief justice would be widely reported by mainstream media organisations. But this was not the case here.

He posted a screenshot of a similar quote posted on Twitter, stamped “FAKE”.

“This tweet circulating on social media purporting to be authored by me is FAKE, please ignore,” Maraga said.