IN SHORT: Safaricom, the largest company in Kenya and all of East Africa, has started operations in neighbouring Ethiopia. But Nzioka Waita has not bounced back from an electoral loss to become a top executive in the new unit.

A Facebook post claims that Nzioka Waita, who was a top official in former Kenyan president Uhuru Kenyatta’s office, has been appointed the deputy head of a new unit of Safaricom, the region’s largest company.

In February 2022 Waita stepped down as chief of staff of State House in order to run for governor of Machakos county, southeast of the capital Nairobi. He was unsuccessful, losing to Wavinya Ndeti in the August 2022 elections.

Before his stint in the presidency, which began in 2015, Waita was the director of corporate affairs at telecoms giant Safaricom.

The company started operations in Ethiopia, Kenya’s neighbour to the north, in October 2022 and is recruiting at time of writing.

But has the politician been appointed deputy chief executive of Safaricom Ethiopia? 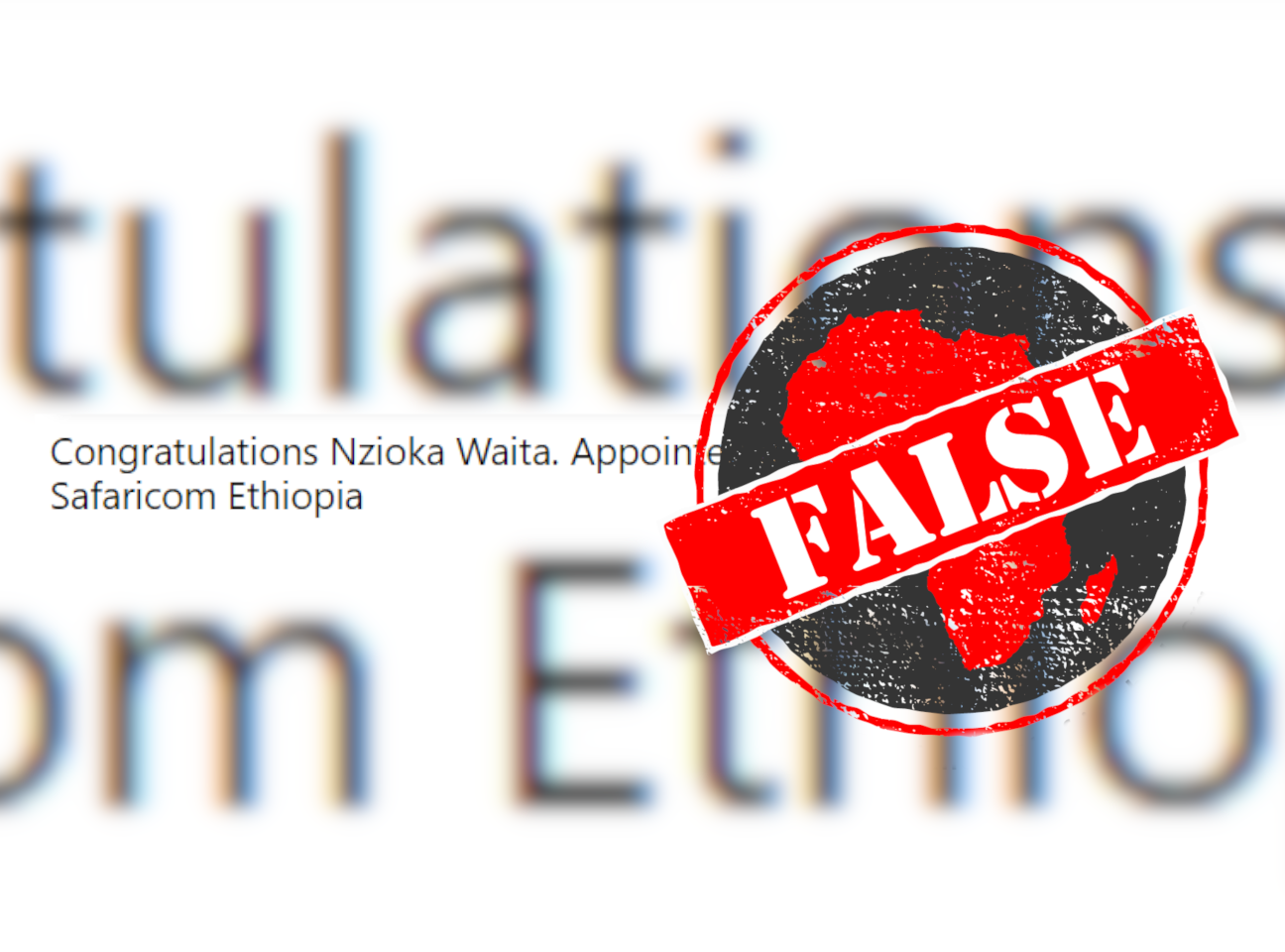 He wrote: “These streets & fake stories … I’m busy minding my own business & looking after my cows & getting much needed rest! Any announcements on my future will come from me ... so relax.”

He has yet to announce his future plans after his unsuccessful bid for governor.