A message claiming that a gas cylinder transported on a motorbike will explode when it’s used has been widely shared on Facebook in Kenya.

“Hi Neighbours, for guys ordering gas via boda boda riders, kindly take time to let the gas settle before connecting and using it. It like a shaken bottle of soda before opening. Be careful to check seals and sources of gas cylinder refills,” it warns. Boda bodas are motorbike taxis common in East Africa.

The message continues: “Its been 2 days since a friend jirani in Senior Staff Estate had an accident at home. The wife ordered a gas cylinder via a rider and when it arrived, she immediately connected it and it exploded on her face. She had 25% burns and was rushed to hospital for treatment. She didn't make it.”

But can a gas cylinder really explode if it’s connected and lit immediately after being transported on a motorbike? We checked. 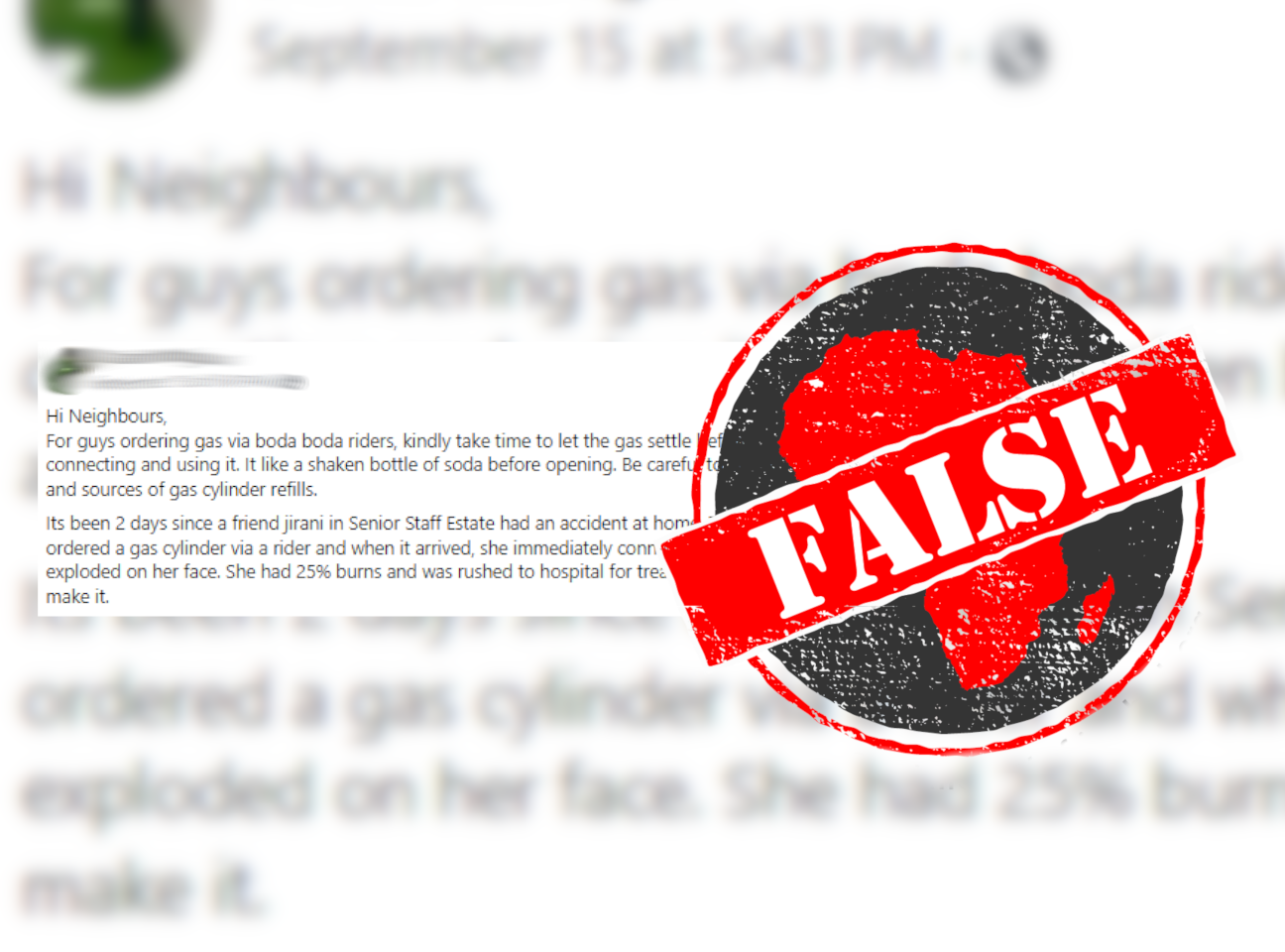 Africa Check asked Arthur Kinyua, an engineer at Kenya’s energy and petroleum regulator, about the claim. He dismissed it.

“Normally, an explosion occurs in the event of a boiling liquid vapour explosion reaction, which usually happens when a cylinder is subjected to external heat,” he told us in a phone interview.

Kinyua said liquefied petroleum gas (LPG) cylinders are designed to withstand rough treatment as they are transported along distribution channels. “Whether using a car or a motorbike, shaking might occur at one point, but it’s not dangerous.”

But he added that cylinders bought from unlicensed dealers might not be safe.

“Some consumers purchase cylinders from illegal dealers and these might not be in good condition,” he said.

Africa Check has previously debunked a similar claim that gas cylinders can explode if shaken.

No, term ‘fossil fuel’ not coined by JD Rockefeller and oil does not regenerate ‘faster than can be depleted’

Nigeria is a major oil producer, and wants the real owners of assets in the crucial industry to be known. Why does this matter?