A graphic that claims former member of parliament Moses Kuria threatened to shoot an Independent Electoral and Boundaries Commission (IEBC) observer is circulating on Facebook.

“IEBC Commissioner in charge of security Francis Wanderi ejects Moses Kuria from Bomas of Kenya for threatening to shoot an election observer. This happened moments after the observer hinted that Ruto was losing,” its text reads.

It shows a photo of Wanderi and the logo of TV47, a mainstream Kenyan TV station.

Kenyans voted in general elections on 9 August 2022. William Ruto of the United Democratic Alliance was declared president-elect on 15 August, although four of the seven electoral commissioners disowned the result.

Kuria represented the Gatundu South constituency before trying his luck in the Kiambu county gubernatorial race in the 9 August general elections, where he came a cropper.

The IEBC counted votes at the well-known Bomas of Kenya cultural centre in Nairobi. The process was fraught due to the closeness of the race between Ruto and former prime minister Raila Odinga.

Did TV47 alarmingly report that Kuria threatened to shoot an elections observer who told him Ruto would lose? We checked. 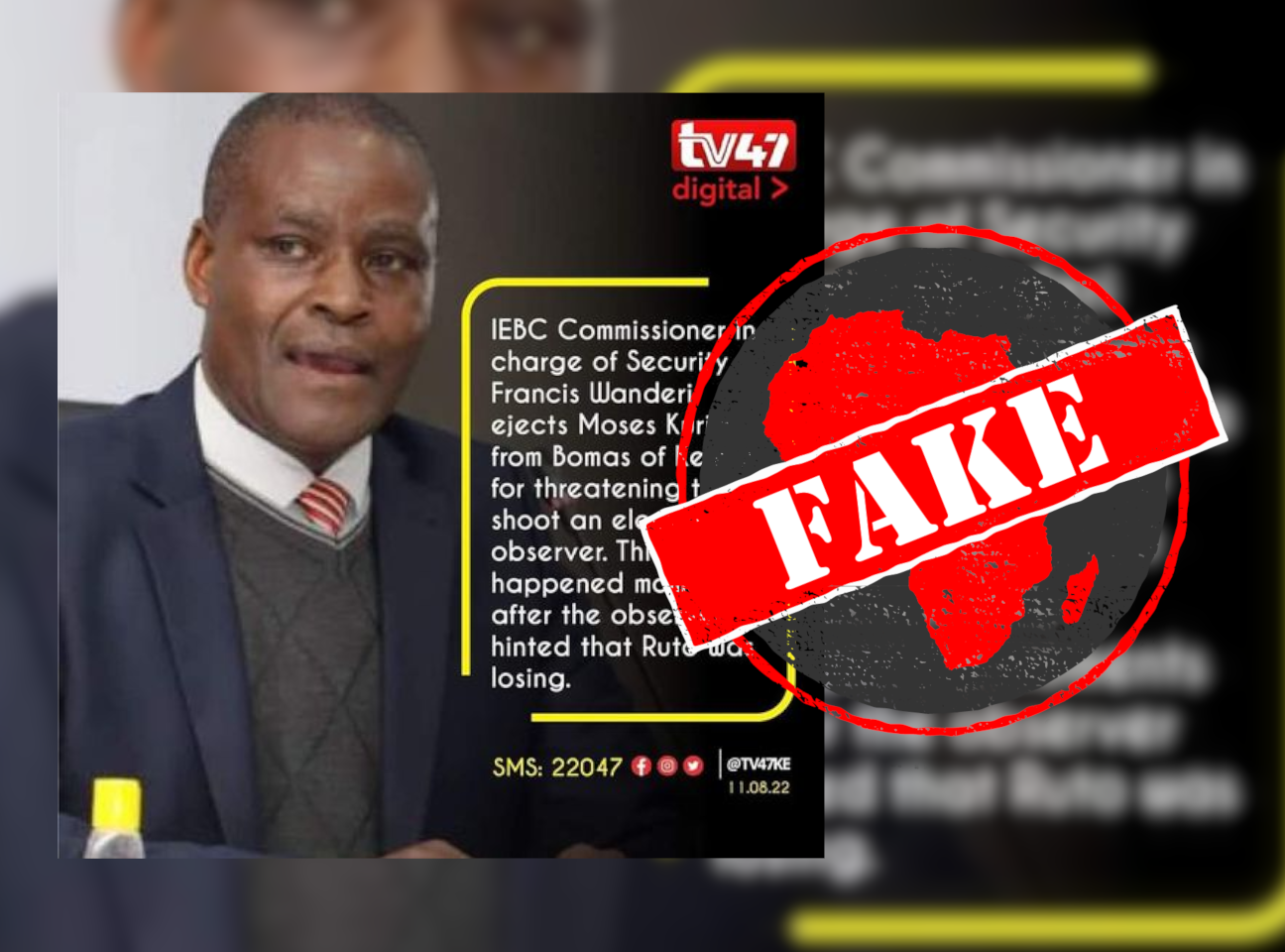 “FAKE: This screen shot doing rounds purportedly by TV47 is fabricated,” the tweet reads above a copy of the graphic that’s stamped “fake”.

Misinformation like this has the potential to stoke tensions after the election, and should not go unchallenged.