IN SHORT: A graphic claiming to be a joint media tally of the voting in Kenya's 2022 presidential election shows former prime minister Raila Odinga as the winner. This is false - official results placed Odinga second, while Kenya's media confirmed they did not jointly tally the vote.

A graphic that supposedly shows the total votes for Kenyan presidential candidates William Ruto and Raila Odinga is circulating on Facebook and Twitter.

It’s headed “Joint media tally” and claims that Odinga, who ran on the Azimio la Umoja coalition ticket, garnered 7,017,607 votes. The United Democratic Alliance’s Ruto got 6,597,395 votes. That would put Odinga in the lead with 51.54% of the vote.

Odinga rejected the result and filed a petition against it in the supreme court. On Monday 5 September judges ruled against him, clearing the way for Ruto to be sworn in.

The graphic can also be seen here, here, here and here. But did the TV stations jointly calculate that Odinga had won the vote for president? We checked. 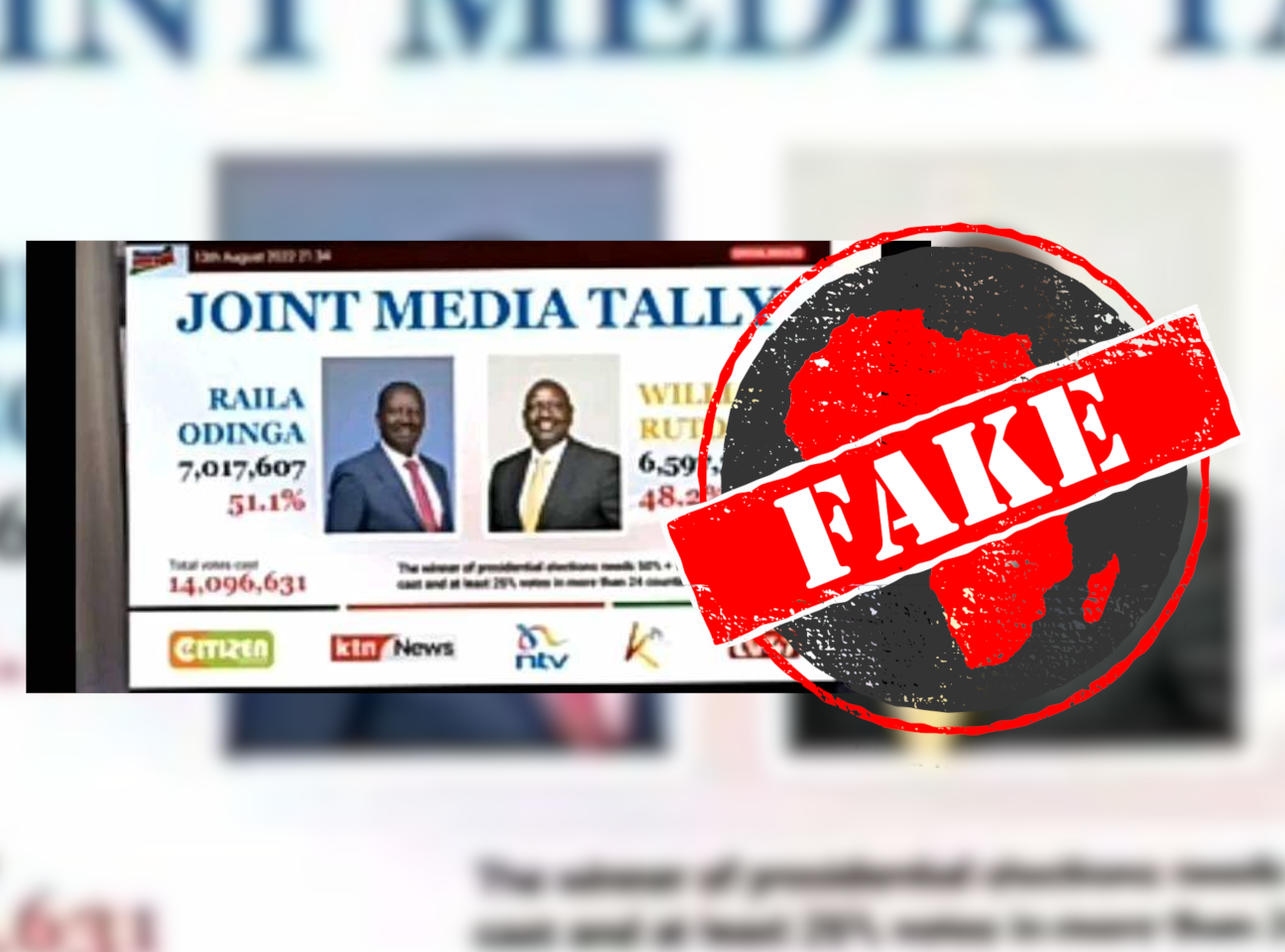 To ensure transparency, the IEBC set up a public portal that allows anyone to see the results of the vote.

Kenyan media outlets created their own tallying centres and aired the results as they trickled in. But days after the election, those still counting showed different presidential results. In some Ruto took an early lead and in others, Odinga did.

Responding to this discrepancy, Chebukati said the TV stations ran their tallying centres independently, which meant different results were broadcast.

He said: “They are all getting the results from the same portal. Soon the figures will read the same … The original intention was that media houses would have a consortium report of the progress of election results from one source. However, media houses opted to do it independently.”

Mutuma Mathiu, editor in chief of the Nation Media Group – one of the country’s largest – confirmed in a 12 August article that there wasn’t a shared tallying system, for several reasons.

There was no joint tally that found Odinga in the lead, as claimed in the graphic.