Warning: This report links to a disturbing video.

A graphic video is circulating on Facebook in March 2021 with claims it shows students from South Africa’s Wits University falling to their deaths.

In the video, a mass of people are crowded against a railing on an upper floor of a building. The railing suddenly gives way, and several people fall to the floor of the building from a considerable height. Loud screaming is heard. At the end of the video, the people are lying motionless on the floor.

“STUDENTS FELL FROM THE BUILDING AT WITS UNIVERSITY, RIP,” reads the caption of one post.

“STUDENTS FELL FROM THE BUILDING AND ALL DIED AT WITS UNIVERSITY...may their soul rest in Peace....” says another.

Was the video really taken at Wits University? We checked. 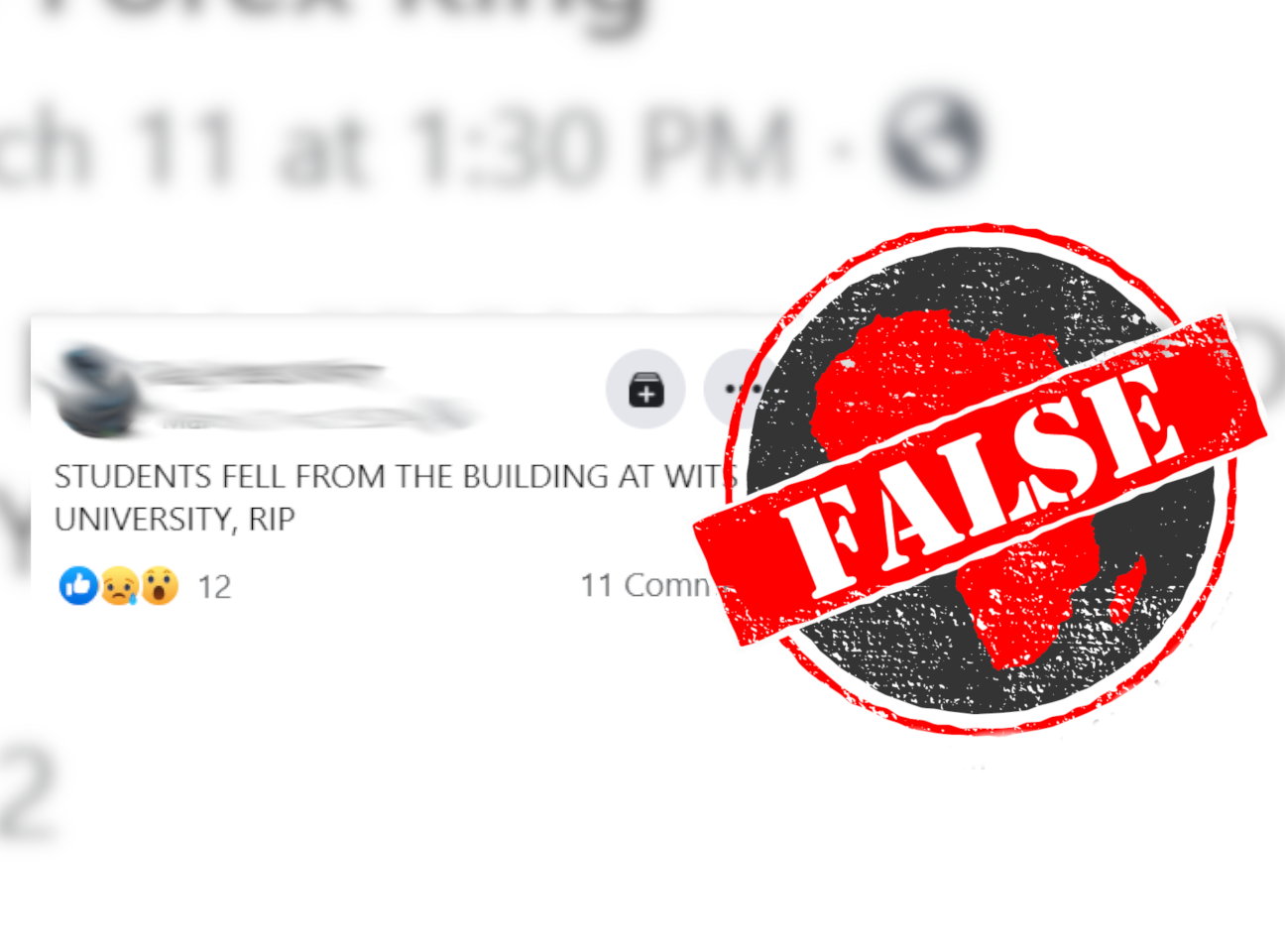 A Google search for “students fall at university” returned several results linking the video to an accident at a Bolivian university in early March 2021.

According to several credible news reports, students at the El Alto Public University were trying to enter an assembly hall on the fourth floor of a building when the metal railing gave way and students fell to the ground.

Seven students died and five were seriously injured. An investigation into the accident has been launched.

Claims that the video was taken at Wits University in South Africa are false.