“Human Rights Watch statement on the killings in Laikipia, Kenya,” begins a document posted on Facebook.

It carries the logo of the global human rights organisation and criticises the Kenyan government for failing to quell the violence that has long plagued Laikipia county, at the foot of Mount Kenya. It is dated 7 September 2021, when the news of the most recent wave of violence broke.

“The Human Rights Watch (HRW) has keenly been following the unfortunate events in Kenya that have led to the killing of scores of people in Laikipia county,” the document reads.

“We are writing to convey our displeasure with the manner in which the Kenyan government has been handling the killings that target one ethnic group. By its inaction, the Government of Kenya has demonstrated a total neglect of rights of the victims.”

It adds: “Our initial investigations have revealed that the banditry attacks are politically-instigated, and are perpetuated by armed members of the Pokot community, targeting members of the Kikuyu community who live in the affected area. The attacks against members of a specific community are akin to ethnic cleansing and must be condemned in the strongest possible terms.”

The document then warns that the situation could escalate into electoral violence, as Kenya’s 2022 general elections near. It says Human Rights Watch will “keep an eye on the developments around this issue and announce its next move, depending on how the Kenyan government will handle the matter”.

But is this really a statement by Human Rights Watch? We checked. 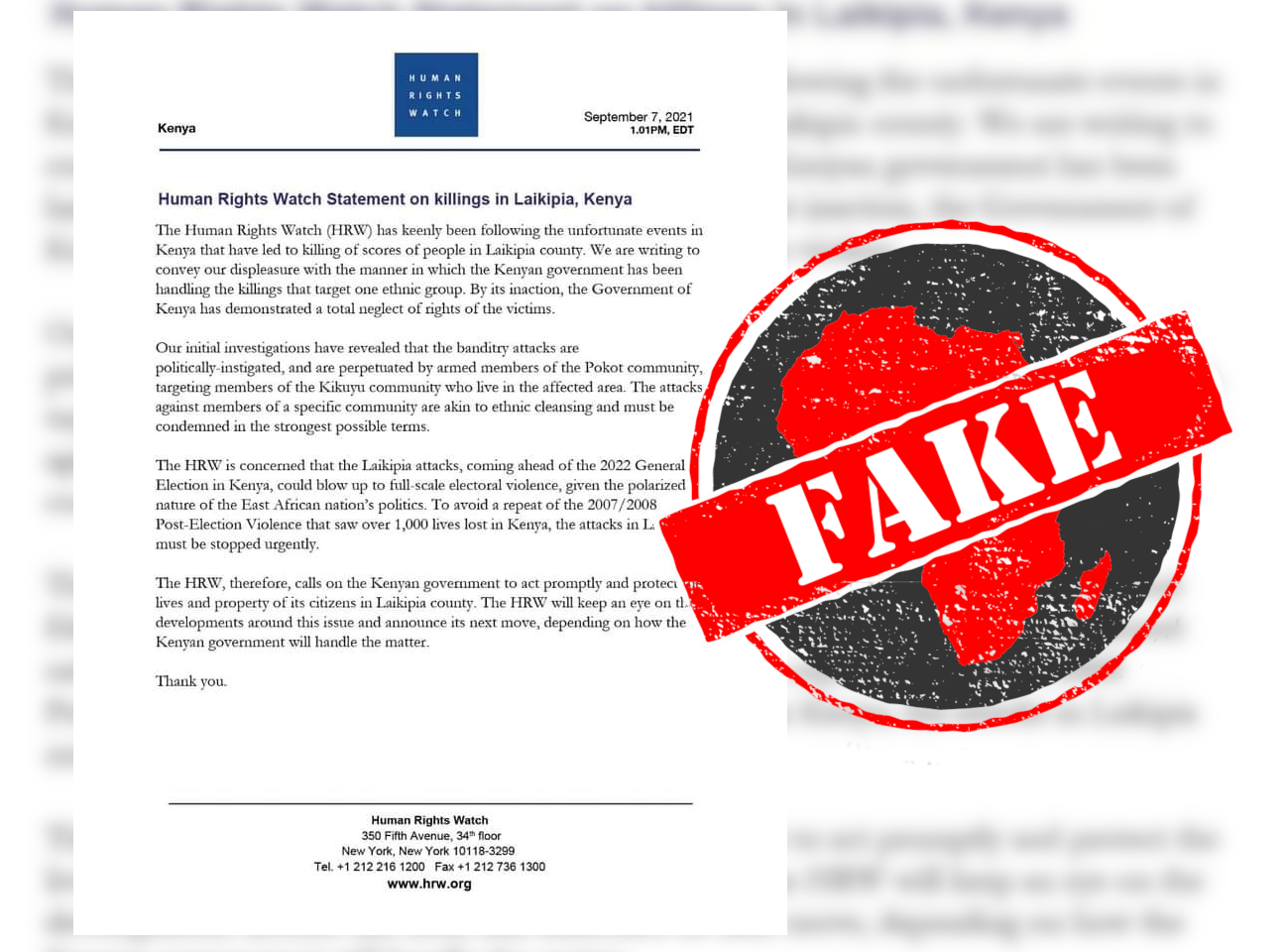 “The above is not our statement,” he replied. “Even though they have appropriated our logo, the style of the statement is not anywhere close to our kind of statement.

“It’s also not clear who at HRW is issuing the statement. Or who the contacts for further follow up are. We have not been to Laikipia to be able to issue any statement. Please ignore this statement."