“Just wanted to remind you that in the movie ‘I am Legend’ the year was 2021, and people turned to zombies because of the wrong vaccines,” reads a viral graphic posted on Facebook on 19 February 2021. “Now have a good day.”

It shows actor Will Smith in a frame from the 2007 movie. The graphic has been viewed more than 2.5 million times so far.

Is I Am Legend set in 2021? And does it depict a zombie apocalypse caused by the “wrong” vaccines? We checked. 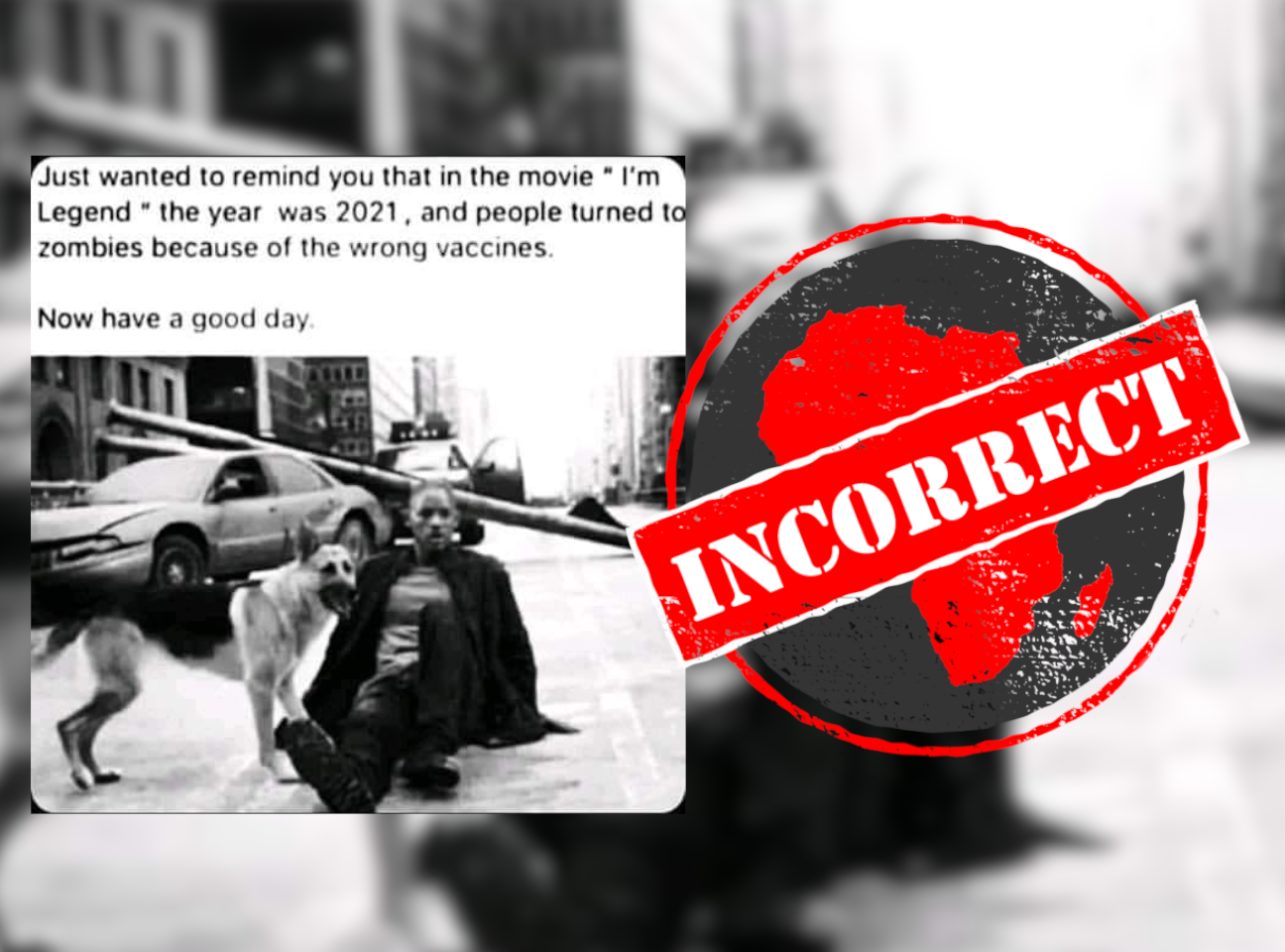 I Am Legend is based on a 1954 book of the same name by Richard Matheson. Events in the book are set in the years 1976 to 1978. The protagonist, Robert Neville, is one of the few people left alive after a deadly plague sweeps the world, killing most of humanity and then turning them into vampires.

The 2007 movie keeps many of the book’s details, including that the plague is caused by a virus and not a vaccine. In the movie, Smith plays Neville, a scientist who has genetically altered the measles virus to attack cancerous cells. Cancer patients are initially exposed to the virus with the intention of them spreading it via contact, but the pathogen becomes airborne and rapidly infects and kills millions of people.

The movie is set “three years” after the virus was let loose. While the year the movie is set in isn’t explicitly mentioned, the movie’s IMDB page and reviews state its events take place in 2012 – not 2021.

There is a vaccine in the movie, but it is created by Neville in an attempt to cure the infected creatures.

The movie I Am Legend is set in 2012, not 2021, and does not show a zombie apocalypse triggered by “wrong vaccines”.